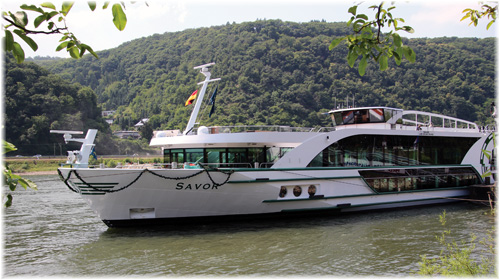 Since the 2007 launch of its Street View project to catalog 360-degree panoramic images from locations around the world, the team at Google has driven more than seven million miles, visited 66 countries and traveled to both Antarctica and the Arctic.

And now with the help of Tauck River Cruising, the company has recently added the lower Danube River – and images captured inside Tauck’s ms Treasures riverboat – to the portfolio of global locations it has digitally chronicled.

Tauck and Google Maps joined forces last summer, when Google technicians worked with Tauck and its maritime partner Scylla AG to mount one of Google’s “Trekker” cameras to the forward deck of Tauck’s ms Treasures riverboat.

Over the following days, the Trekker captured imagery of the river across Slovakia, Croatia, Serbia, Hungary, Bulgaria and Romania. The Trekker creates a 360-degree panoramic view with the help of 15 lenses, each pointed in a different direction.

The views captured by the different lenses are then digitally “stitched” together, resulting in the full panorama. Viewers can change their viewpoint, looking up, down, left and right, by moving their computer mouse.