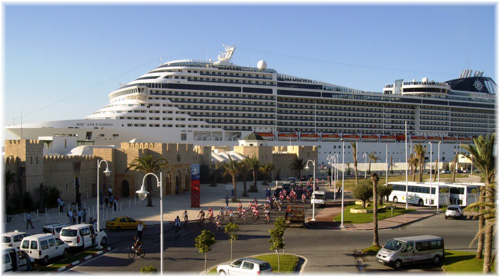 MSC Cruises announced today that it was suspending calls scheduled in Tunisia for the upcoming winter 2015-16 season.

MSC Preziosa’s winter schedule will be modified from 15 November 2015 to 23 April 2016 to reflect the suspension of the calls in the Tunisian capital city. Calls at La Goulette will be replaced by calls at Valletta, Malta.

Additionally, this decision will affect itineraries previously scheduled with MSC Magnifica and MSC Poesia during their Grand Voyages from Venice to Santos in Brazil and Buenos Aires in Argentina, respectively, in November and December 2015. Both ships will spend a full day in Alicante, Spain, instead of La Goulette/Tunis.

The suspension of all calls in Tunisia for the upcoming winter 2015-16 is connected with the just-announced declaration of a state of emergency by the Tunisian authorities.