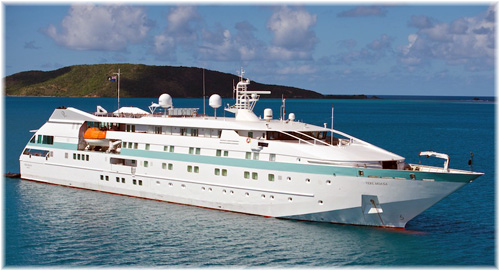 Grand Circle will be one of the first cruise lines to operate in Cuba and the only U.S cruise line to offer a cruise experience with fewer than 100 passengers.

“More than 7,000 Americans have traveled to Cuba with us through our Grand Circle Foundation since November 2011 and have been moved by Cuba’s warm and welcoming people, rich history, and vibrant culture,” said Lewis. “We are excited to introduce our new small ship itinerary in Cuba and to offer further opportunities for Americans and Cubans to forge new friendships.”

• Cuba’s Cultural Treasures: A Coastal Voyage will begin in Miami where, following an overnight and morning tour of Miami’s Little Havana, travelers will embark the 89-passenger M/V Clio. The ship will sail around Cuba’s northern, eastern, and southern coastline for the next seven days—stopping in port towns and cities that reveal Cuba’s complex history, natural beauty and cultural vibrancy. Along the way, travelers will experience the Afro-Cuban traditions of Matanzas and the tranquil small cities of Caibarien and Remedios, discover the historical legacy of Santiago de Cuba, and explore the picturesque colonial streets of Trinidad and the artistic legacy of Cienfuegos. Travelers will disembark their ship in Cienfuegos and drive overland to Havana, where they will spend the next three nights in Cuba’s capital city before departing for home. (A reverse itinerary beginning in Havana and ending in Miami is also available).

Throughout this People-to-People itinerary, travelers will meet Cubans from all walks of life and experience their myriad passions and traditions, including music and baseball. They will visit a casa particular, a restaurant run in a private home, to savor a lunch of authentic Cuban dishes—and talk with baseball players during a visit to the oldest, continuously utilized baseball diamond in the Western Hemisphere. Travelers will enjoy Cuban music and dance performances and will meet painters, basket makers, ceramists, writers, and musicians throughout the country. They also will take part in discussions with local experts on a variety of topics, including Cuba’s economy, Afro-Cuban religions, the history of the National Ballet, daily life in Cuba, and more—and they’ll learn how to cook a few local specialties, play the popular game of dominoes, and dance the traditional casino (Cuban salsa).

• Cuba’s Cultural Treasures: A Coastal Voyage begins at $6795 per person and includes: Visa for non-Cuban-born participants; Accommodations: 1 night at a hotel in Miami; 7 nights aboard Grand Circle’s M/V Clio, and 3 nights at a hotel in Havana; 28 meals, including Captain’s Welcome and Farewell receptions and dinners and complimentary house beer, wine, and soft drinks served while on board; 7 exclusive tours with headsets; Airport transfers in Miami; All port charges; Gratuities for local guides and motorcoach drivers; Baggage handling for 1 piece of luggage per person, and more. Grand Circle’s local Program Directors will be assigned to no more than 25 travelers and will accompany their small group from their arrival in Cuba to their departure, introducing travelers to the insights that only a local expert can provide.

Grand Circle Cruise Line acquired the M/V Clio in 2015 and has just this month completed a $5M renovation. The ship carries 89 passengers in 45 outside-facing cabins. The ship is part of a fleet of ships that have been ranked among the “Top 100 Cruise Ships in the World”—including top 5 Small Ships by Condé Nast Traveler readers.