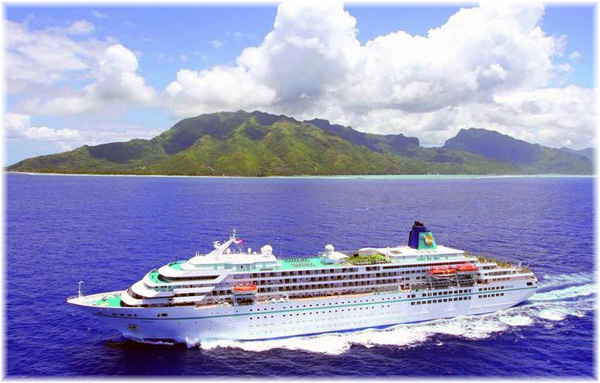 On the morning of July 31, all four ocean-going vessels of the Bonn-based tour operator Phoenix Reisen were headed for the same destination – the Columbus Cruise Center in Bremerhaven.

The flagship ms Amadea led the fleet and arrived at 6.30, followed by ms Albatros and ms Artania, with ms Deutschland finally completing the picture of the entire Phoenix fleet berthed at CCCB.

In the terminal building, the arriving passengers were welcomed by performers on stilts and offered fish snacks and smoothies. Their departure in the evening was accompanied by a marching band on the quayside as well as three gun salutes for each vessel.

On this day alone, a total of 6,400 passengers used the Bremerhaven terminal for arrival or departure. About 450 tonnes of provisions were taken on board and about 10,000 suitcases handled. In this respect, Bremerhaven is different from other ports in that all four vessels can berth at one quay and be processed by one terminal.

Thanks to improvements implemented in the winter months, it has been possible to shorten the distance needed to be covered in the luggage-handling process. Services provided for crew and passengers have also been further enhanced.

For 2016, CCCB has already recorded an increase in passenger numbers of at least 35%. This figure will grow again considerably in 2017 und 2018.