In an announcement that did not give too much away the Virgin Group announced last week that its new cruise operation would now be called Virgin Voyages. Meanwhile French America Line’s 150-berth Louisiane has now entered service from New Orleans. And container operator Hanjin Lines, some of whose ships carried passengers, has announced that it is closing its Europe-Asia business.

The Virgin Group has announced that Virgin Voyages will be the new name for the cruise line that was to have been called Virgin Cruises. The company has also confirmed its contract for three 110,000-ton newbuildings from Italy’s Fincantieri. Steel-cutting for the first ship is scheduled in early 2017, followed by a keel-laying in Genoa during the fourth quarter.

Virgin Voyages owner Sir Richard Branson and president and ceo Tom McAlpin said that thousands of people had shared their wishes for an ‘irresistible vacation at sea,’ and the new name derived from that.

The aim is to produce not just another conventional cruise line, but a transformational experience delivering a very “Virgin style” of adventure. No more details were made public except that its clients will be called “sailors.”

The new cruise line’s first ship is due at Miami in 2020, and will accommodate more than 2,700 “sailors” with a crew of 1,150. She will offer a range of Caribbean itineraries to ports that have not yet been named but will be chosen for their experiences.

Virgin Voyages is backed by Bain Capital Private Equity and Virgin Group for the multibillion-dollar newbuildings. The lead finance partners are Italian and the loan will be backed by Italian export credit agency SACE.

French America Line set sail on Saturday with the Louisiane, the new cruise line’s 150-passenger riverboat. More than 100 passengers boarded at the company’s new dedicated cruise terminal in Gretna, Louisiana, across the river from the New Orleans skyline.

The 150-passenger Louisiane after the refit (Courtesy French America Line)

The 4,225-ton Louisiane features 76 staterooms and cabins and will offer 5- to 16-day cruises. Christopher Kyte, the new line’s chairman, noted that the Louisiane was the only vessel to be employing people locally, while Christopher Tidmore, one of the company’s directors, described the new ship as “a floating billboard for the state of Louisiana.”

Cruise prices range from $700 to $2,000 a day. Round trips are planned to Memphis, Tennessee, and Nashville, Tennessee as well as the Ohio River to Pittsburgh and between St Louis and St Paul. 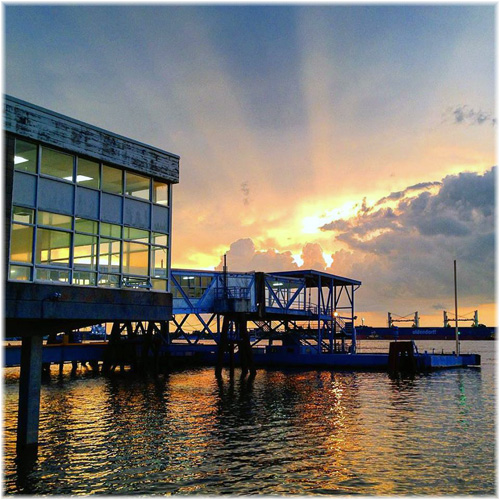 The Louisiane is the former Columbia Queen, the last ship built for the Delta Queen Steamboat Company. She spent her career sailing the Columbia River and was laid up from 2008 until 2015, when she was purchased by the French America Line.

French America Line is headquartered in Gretna and is creating more than eighty local jobs on the vessel and ashore.
The former Gretna ferry terminal where the riverboat docks will be become a dedicated cruise terminal know as Quai Louisiane.

Hanjin Shuts Down In Europe

Until its recent insolvency, ten ships operated by Hanjin Lines carried passengers. Half a dozen ships owned by NSB of Buxtehude plied the trades between the US and Asia while four more owned by Peter Doehle ran between Asia and Europe, carrying plus or minus half a dozen passengers in each case. 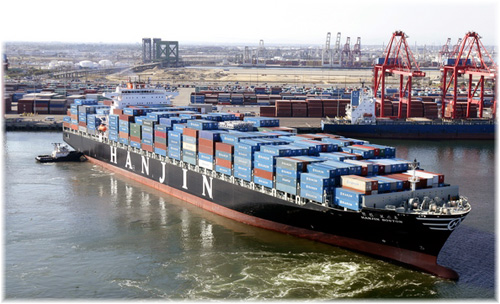 This week, however, it has announced that it is closing all ten of its offices in Europe, including its regional headquarters in Germany. The line’s UK offices will remain open in London, Manchester and Felixstowe.

Hanjin is meanwhile seeking bids from interested parties for its US-Far East business while also trying to sell its 54% stake in a container terminal at Long Beach, California

Until recently, Hanjin operated about 200 container ships, of which the ten passenger-carrying ones have been withdrawn. Some of them are bound to show up eventually though under new charterers.