This week we have a look at the recently-announced demise of Fathom as its own ship operating company, although it will continue to exist. The line will operate the 704-berth Adonia to Cuba and the Dominican Republic until the spring of 2017, at which time she will go back to P&O Cruises in the UK. Elswhere, a small ship called the Jacques-Cartier is being converted into a 66-berth cruise ship in the St Lawrence while the 62-berth Crystal Esprit will be moved to the West Indies next year.

Carnival Corp & plc have finally thrown in the towel on trying to operate a social impact cruise ship as a self-standing business. Not much longer than six months after its commencement, it has been decided that the Fathom experiment has not worked and it was announced that the social impact brand will be transformed into a different kind of operation.

Fathom’s cruises to the Dominican Republic and Cuba on the 704-berth Adonia will thus come to an end with the 2016/17 winter season. After this, she will return to P&O Cruises in June to cruise from the UK.

Begun only this April, by the time Fathom will have lasted for barely a year as a ship operator. This is just a bit longer than the earlier one-ship experiment with a Spanish-speaking cruise line called FiestaMarina, which lasted from October 1993 to September 1994.

Russell will also lead the company’s efforts to grow Fathom in the Dominican Republic, where they already have agreements, and in other markets. 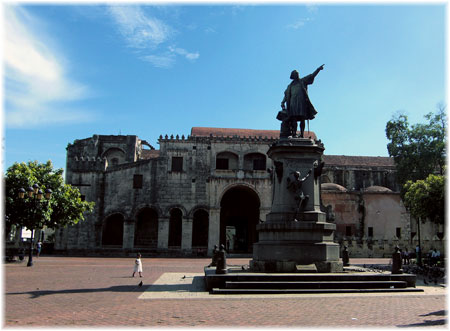 While Cuba was gaining in popularity with consumers eager to see the island nation closed to Americans for decades, Fathom’s Dominican Republic cruises had been a tougher sell. This was reflected by fares as low as $249 on some sailings.

Carnival’s established contacts within Cuba and with the Cuban government will likely help. Also, using another brand could open up the possibility of a larger ship in the Cuba market.

While the Dominican Republic social impact cruises never took off, the People-to-People cruises to Cuba were somewhat more successful. With the Dominican Republic, however, it became clear that an entire ship deployed in the service of volunteer work even every other week was financially unfeasible. This was not helped by the fact that the ship just sailed from Miami to Carnival’s new cruise terminal in Puerto Plata to sit there for most of the week before returning to Miami.

In view of President-elect Trump’s latest statement on Cuba, it may not be a totally bad thing that the Adonia is being withdrawn and sent home to P&O.

A new cruise line, Croisières M/S Jacques-Cartier Inc., has announced its intention to start service on the St. Lawrence river in the summer of 2018 with a vessel that has always carried the name Jacques Cartier. 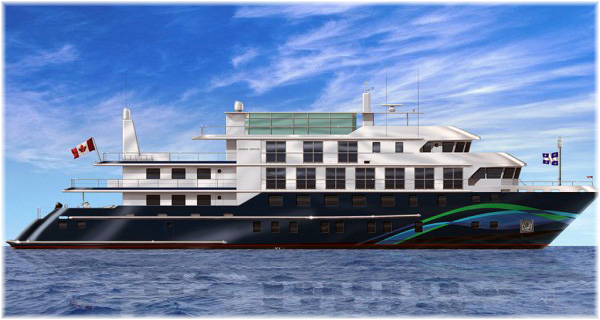 Built as a car ferry in 1924, the ship carried on in this role until 1970, when she briefly became a cargo ship. Then in 1974 she was converted to a day excurtison ship and based at Trois-Rivières, Quebec.

Although built in 1924, the Jacques-Cartier will not be the oldest active cruise ship in the world. That honour belogs to Gota Canal Company’s 58-berth Juno, which was launched in 1874 and last modified in 2003. 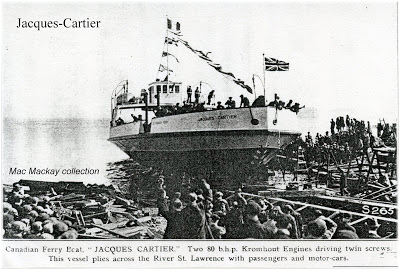 The Jacques Cartier was built as a car ferry in 1924

After a four-year absence, Croisières M/S Jacques-Cartier will resume service on the St Lawrence River in 2018.

On itineraries of between five and 10 days in length, guests aboard the 66-passenger Jacques-Cartier will experience nature and meet local cultures, with options to hike and kayak, as well as enjoying an onboard observation room, spa, sauna and Zodiac launching area.

The Jacques Cartier in 1993

At the moment the public will be able to vote online for the ship’s 2018 deployment, including cruises that range all the way from ports in the Atlantic Provinces through to Georgian Bay in the Great Lakes. The cruises are planned to cover a 24-week season.

The Jacques-Cartier has a history as an excursion vessel for most of the past forty years, having sailed day cruises in the region from 1974 to 2012. She will new be converted into a 66-berth cruise ship.

Croisières M/S Jacques-Cartier is a family business, with fourth generation master mariner Michel Harvey being a fourth-generation shipowner, having succeeded his father Capt Luc Harvey as the third generation.

Michel’s wife Maryse Camirand holds a bachelor’s degree in Business Administration and has also a qualified as a master. 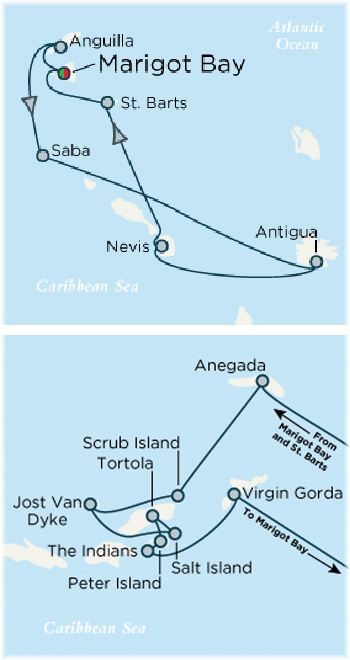 Crystal Esprit’s Caribbean itineraries: West Indies above and BVI below

Capt Harvey advises that “the cabins will be modern and comfortable. We will offer the public a warm and authentic amily atmosphere”. When the conversion is completed, the reborn vessel will meet international standards as well.

The conversion will cost $6.62 million Canadian, of which the Quebec Government will provide $3,342,057, with work to the hull and superstructure of the vessel as well as her interior fittings. Her return will mean eighteen new seasonal jobs and two permanent positions as well.

Crystal Yacht Expedition Cruises will be moving its 62-berth Crystal Esprit to the West Indies from November 2017.

Sailing roundtrip from Marigot Bay in St Martin each Sunday, Crystal Esprit will alternate two different seven-night cruises that can be combined to create one extended voyage.

Edie Rodriguez, Crystal ceo and president said, “the decision to reposition Crystal Esprit to the West Indies is one that was made with our guests’ expressed wishes in mind, as more luxury travellers seek curated adventure with the seamless ease and convenience that Crystal’s attention to detail provides. While long coveted by celebrities and other selective travellers, the West Indies remain largely exclusive, hidden gems that will almost certainly top Crystal guests’ bucket lists.”