Late last month, Cruiseco UK and Choose Your Cruise announced a charter cruise of the performing arts on board Celebrity Cruises’ “Solstice” class ship Celebrity Silhouette. To be named Bravo, it will sail from Southampton on May 19, 2018, and follows four such cruises performed or scheduled from Sydney since 2014 in Radiance of the Seas. Topping the bill of twenty-five acts are Welsh mezzo-soprano Katherine Jenkins OBE and English tenor Alfie Boe. Elsewhere, Silversea has become one of the first cruise lines to issue bonds in a $550 million refinancing package. And Toronto-based G Adventures is now set to resurrect Swan Hellenic for a second time, in 2018.

Bravo UK: A Cruise Of The Performing Arts

For the first time in the UK, in 2018, Cruiseco and Australian-based Choose Your Cruise will be offering a dedicated cruise of the perfoming arts, a 7-night voyage from Southampton, under the name Bravo. Featured on board the exclusively-chartered 2,886-berth Celebrity Silhouette will be opera, musical theatre, jazz, symphony, show tunes, choirs and more. 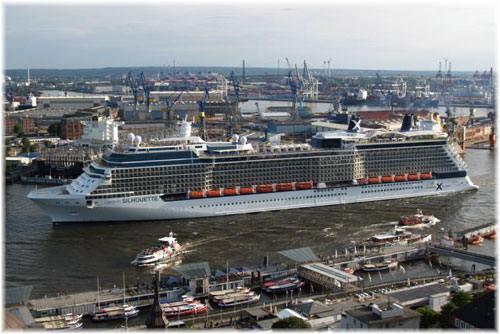 The first UK headline artist lineup will include Katherine Jenkins OBE and Alfie Boe, as part of some twenty-five acts that will also include Ruthie Henshall, the National Symphony Orchestra, the Celtic Tenors and Julian Lloyd Webber, among many others.

Sailing for seven nights on board Celebrity Silhouette, this first-time in the UK performing arts cruise will visit Cherbourg, Vigo and Bilbao, where there will also be an exclusive private tour of the Guggenheim Museum Bilbao.

Bravo cruises were first started in Australia in November 2014 on board the 2,146-berth Radiance of the Seas, on charter to Cruiseco and Choose your Cruise, and has been sold out every year running on the same ship. Bravo 2017 Down Under, the fourth such cruise in Australian waters, leaves Sydney October 31, 2017.

Bravo UK: A Cruise Of The Performing Arts

Cruiseco UK is also offering for the second year in a row a Rock the Boat cruise, this year in Cruise & Maritime Voyages’ 1,250-berth Magellan, seven nights from Newcastle-upon-Tyne on Septembr 2, 2017. Artists will include Suzi Quatro, The Manfreds, The Yardbirds, Slade, The Troggs and many more.

Bravo 2018 UK and Rock the Boat 2017 can both be booked through any Cruiseco member in the UK.

Silversea Cruises has announced that for the first time it will sell bonds to the public to finance its business. The privately-held ultra-luxury cruise company said it plans to raise $550 million in the note offering. This is up from an originally-planned $275 million. The senior secured notes will be due in 2025 and pay interest at a rate of 7.25%. 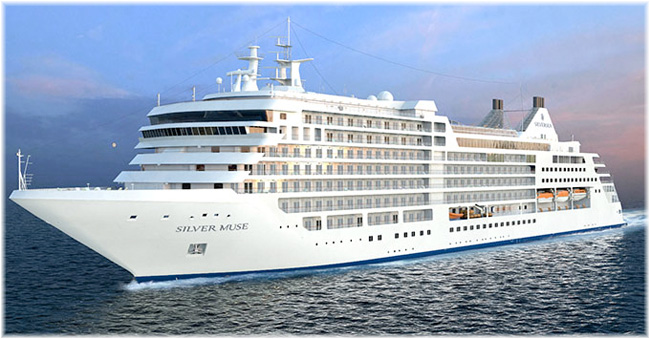 Silversea announced that proceeds from the offering will be used to refinance or replace existing debt, including the facility intended to finance the purchase of the 596-berth Silver Muse, its newest ship, due in April.

Proceeds will also be used to repurchase the 388-berth Silver Shadow and to pre-fund capital expenditure requirements, Silversea said. In January 2013, the Silver Shadow had been refinanced through China’s ICBC and had been owned by Hai Xing 1201 Ltd and leased back to Silversea.

Three weeks ago, on the news of this debt restructuting, Moody’s Investors Service, upgraded Silversea Cruise Finance Ltd senior secured notes rating to B2 from B3. The senior secured notes will no longer be subordinated to the committed ship financing associated with the Silver Muse and will now reflect the preponderance of the capital structure. The new structure will result in only $5 million of incremental debt.

For the second time in a decade, Swan Hellenic has been rescued from the edge of obscurity. The small ship cruise line was founded by the Swan family and acquired by P&O Cruises in 1983. After the acquisition of P&O Princess Cruises by Carnival Corporation in 2003, Carnival substituted the larger 700-berth Minerva II (now Adonia) but then closed the brand down in 2007 as not fitting its portfolio.

In the same year, 2007, Swan Hellenic was acquired by Lord Sterling and the original 1996-built 390-berth Minerva re-acquired. Swan soon thereafter became part of the All Leisure Group.

Now, Toronto-based G Adventures has announced that it is acquiring Swan Hellenic from the liquidators of the All Leisure Group, while at the same time there are reports that it will be acquiring the now 380-berth Minerva, for a full relauch of the brand in 2018. In the meantime, Minerva has been placed on the charter market, although no results have yet been announced in this regard.

The Expedition. In this image at the Svalbard Archipelago

This acquisition follows the recent purchase of escorted tour companies Travelsphere and Just You, which also formed part of All Leisure. John Warner, vice president of global sales at G Adventures says the company is determined the legacy of the Swan Hellenic brand will live on.

“We know how beloved Swan Hellenic is to its loyal customer base and respect it has in the British travel community. Our long-term aim is to re-launch Swan Hellenic and re-establish the award-winning values that make it so well-loved.”

G Adventures plans to restart the operation of Swan Hellenic in 2018 and itineraries will be announced this summer.