Over the past year there has been a boom in expedition ship orders, with sixteen vessels now on order and options placed for at least five more. Of these, half a dozen will be Polar Class 6, built for summer/autumn operation in medium first-year ice, which may include old ice inclusions, in Arctic and Antarctic waters. Elsewhere, Rostock-based A’Rosa Cruises may be about to order additional river cruisers, while Swan Hellenic is looking for a replacement ship for the Minerva.

According to Cruise Industry News, owners have placed twelve orders for expedition ships within the past nine months. These orders include four ships for Ponant, two ships, with an option for two more, for Hurtigruten, three ships for Crystal Cruises, two ships for Hapag-Lloyd Cruises and one ship each for Oceanwide and an unidentifed new market entrant.

The main orders are outlined below in order of berth capacity:

The Hurtigrtuen ships will be named Roald Amundsen and Fridtjof Nansen and the Ponant ships Le Champlain, Le Lapérouse,Le Bougainville and Le Kerguelen, the Crystal ship Crystal Endeavor, the Scenic ship Scenic Eclipse and the Oceanwide ship Hondius. The Hapag-Lloyd ships have not yet been named. 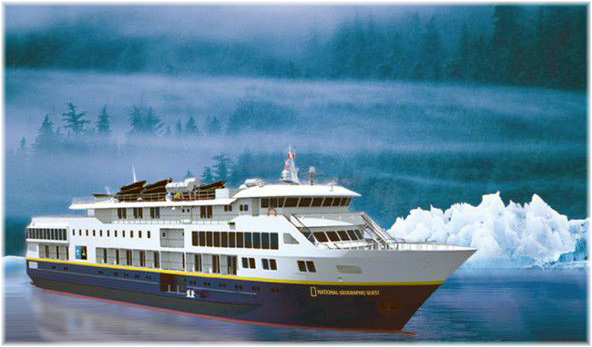 A further 220-berth vessel for unidentified owners is under way at Vard for delivery in 2019 while two small 100-berth coastal expedition ships are being completed in the US for Lindblad Expeditions. The first such vessel to be built in the US, the 238-foot National Geographic Quest enters service in Alaska this summer. A second, the National Geographic Venture, is expected in 2018, and another larger vessel is projected for 2019.

Yet another new operator, Norwegian Cruise Company of Oslo, formed in December 2016, is planning to introduce up to six 180-berth Polar Class 6 vessels into service. With dimensions of 471 by 72 feet, up to six of these ships are projected for delivery commencing in 2019.

Norwegian Cruise Company of Oslo, formed in December 2016, is planning to introduce up to six 180-berth Polar Class 6 vessels into service

Over the past few years, new expedition ship designs have been introduced to the market by various proponents including Sunstone Ships, STX France, Knud E Hansen and Damen, but in the end owners seem to have arrived at their own designs as opposed to adopting third party designs.

River cruise line A’Rosa is considering adding new ships to its fleet having already sold half of its 2017 capacity. The German premium brand carried 86,000 passengers on its eleven ships in 2016 and says all its global markets were performing well. 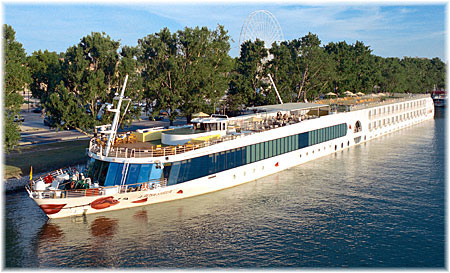 The line said demand was expected to continue and as a result, it was looking at potential new ship-build opportunities. Lucia Rowe, head of A-Rosa UK, told Travel Trade Gazette last week:

“Last was a great year for A’Rosa globally and for the third year in succession turnover and operating profit increased. It is hugely encouraging that overall we are 50% sold for 2017 and we are already in discussions with Neptun Shipyard in our hometown of Rostock about potential new A’Rosa prototype vessels.”

Neptun Werft was founded in 1850, and since 1997 has formed part of the Meyer Group, which also includes Papenburg-based Meyer Werft. It was busy building passenger and cargo ships and coasters a century ago, and turned to building U-Boats during the last war. The yard has built many river cruisers in recent years, including all eleven of the A’Rosa fleet as well as many Longship class river cruisers for Viking Cruises, of which it has now built almost fifty vessels.

Swan Hellenic: Minerva Or Another?

Minerva has meanwhile been returned to her owners and placed on the charter market.

Subsequent reports indicate that G Adventures is seeking a replacement ship to recommence Swan Hellenic operations. Both Minerva and G Adventures’ own 134-berth Expedition are managed by V.Ships in Monaco.