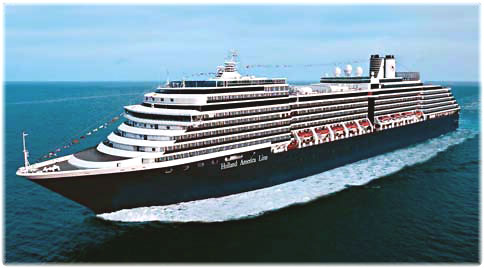 The run of perfect scores is a record in both the cruise industry and company history.

Eurodam’s unannounced USPH inspection was held Jan. 14, 2017, during a turnaround at Port Everglades in Fort Lauderdale, Fla., at the start of a seven-day Caribbean cruise. The perfect score follows on the heels of sister ship ms Koningsdam achieving a perfect score on its first USPH inspection in December 2016.

“Holland America Line strives to be the best, and to earn an amazing 11 consecutive perfect public health inspection scores shows that it’s part of our company culture and our staff is working hard to make it happen,” said Orlando Ashford, president of Holland America Line. “Congratulations to the entire Eurodam team and everyone involved who work diligently every day to maintain the highest standards of operation.”

The score, on a scale from one to 100, is assigned on the basis of a checklist involving dozens of areas of assessment encompassing hygiene and sanitation of food (from storage to preparation), overall galley cleanliness, water, shipboard personnel and the ship as a whole.