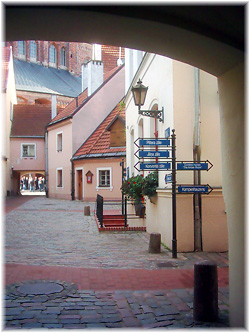 The analysis, conducted amongst all the Cruise Baltic destinations (29) – including, for full accuracy purposes, data from additional destinations St Petersburg, Kiel and Riga – reports on 2016 actual results and those expected for 2017.

The figures presented in the Market Review are based on a collection of data from amongst ports in the Baltic Sea region as of December 2016 and present an updated view of the developments in the cruise sector in the Baltic Sea Region.

In 2017 turnaround expectations will increase in three of the ports: by 35% for Stockholm, by 9.4% for Copenhagen and by 4.7% for Rostock while Kiel experience a decrease in turn by -5.9%.

Overall the passenger figures in the ports with 0-24 calls decreased by -17.2% in 2016, however, with great variation within the group of 17. However, four of the destinations – Karlskrona, Helsingborg, Kalmar and Elsinore – each grew more than 100% in 2016. For 2017 overall passenger figures are expected to grow by 90.7% and calls in this segment is expected to increase by 70.4% to 196 calls.

Says Claus Bødker, Cruise Baltic Director: “I believe 2017 will prove to be a particularly significant and positive year for our Baltic Sea destinations – we are expecting the highest number of cruise guests and the highest number of turnarounds with several ports achieving record high numbers. We are committed to offering the many guests a truly great experience, with added value; and we are dedicated to bringing more ‘industry firsts’ to the marketplace in order to match the competition from the new, emerging cruise destinations.”