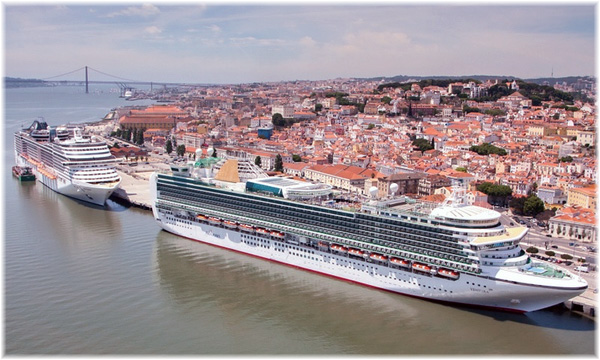 Cruise ports in the Med celebrated the inauguration of two new cruise terminals, confirming their long-term commitment to offering quality cruise infrastructure and achieve long-term sustainable growth of cruise activities in the region.

The terminal, which has already received its first home-porting activities, includes a permanent tent construction covering 1.125 square meters and providing all the required services and equipment for turnaround and transit calls. Operated by MedCruise member Port of Heraklion SA, it is now ready to achieve further calls, with the investment expected to give a significant boost to cruise activities hosted at the port. Heraklion Port Authority is a member of MedCruise since 2010 and in 2016 welcomed 239.000 passengers.

Built and operated by Global Ports Holding, and following a €24 million investment and a two-year construction process, the new terminal is an important element of recent development in Lisbon, which was awarded ‘Best City’ in the 2017 Wallpaper Magazine Design Awards. The terminal itself won ‘Best Rehabilitation Urban project’ at the SIL Portuguese Real Estate Fair 2017. Port of Lisbon, which will organise Seatrade Med in September 2018, is a member of MedCruise since 2000, while Global Ports Holding is actively involved in MedCruise life via the membership of the cruise terminals it operates in the Mediterranean Sea.

“These latest developments are profound examples of the great on-going work that cruise ports in the Med and its adjoining seas are conducting in order to upgrade the services and infrastructure they offer. Further work is done in several other of MedCruise ports, while within the Association we do some great work in sharing best practice and identifying the best ways to respond to the demand via a commendable adjustment of our members infrastructure” says Airam Diaz Pastor, MedCruise President.

Cruise activities in the Med and its adjoining seas have experienced a remarkable growth: as the annual statistics reports of MedCruise reveal, the member ports of the Association hosted in 2016 a total of 27,4 million cruise passenger movements and 13.500 cruise calls – while at the beginning of the century these totals were 8,6 million passengers and 10.100 cruise calls.