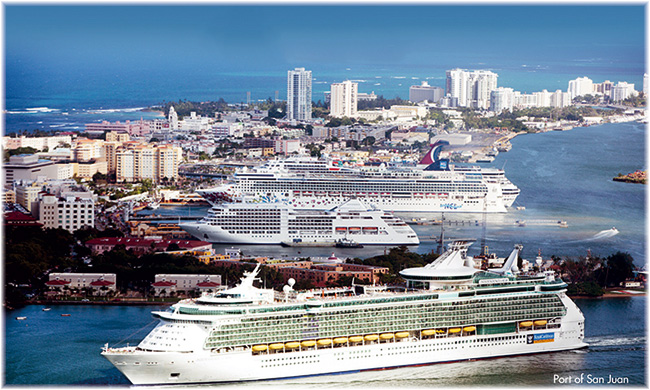 Billions of people now know that the Caribbean is open because of the multifaceted, million-dollar campaign by the Florida-Caribbean Cruise Association (FCCA), the trade association representing the mutual interests of the cruise industry and destinations and stakeholders in the Caribbean and Latin America.

The Association’s “Caribbean Is Open” campaign generated awareness, along with more than 5 billion impressions, about the majority of Caribbean destinations operating normally, unhindered by Hurricanes Irma and Maria. Now that travelers again feel confident about the region and impacted destinations have recovered, the campaign is turning its attention to the region’s vastness and variety through “Caribbean for Everyone.”

“We could not be prouder of the results so far,” said Michele Paige, President, FCCA. “The most rewarding thing about this campaign is that it has directly benefitted people’s lives throughout the Caribbean, as many destinations rely on tourism as the lifeblood of their economy. We look forward to continuing the momentum and impact with ‘Caribbean for Everyone.'”

Between October 2 and December 1, the campaign generated more than 4.26 billion impressions; 11,949 media placements; 22,432 promoted content clicks; promoted content reach of 14,060,068; and 18,269 total shares of news stories. That is in addition to the 1.23 billion impressions and 9,041 placements through a satellite media tour, as well as PSAs with more than 30 celebrities on track for 1 million total views by mid-January on social media alone-and many more impressions through TV networks that have agreed to run them.

In all, the focus has been targeting potential travelers to educate about the region’s more than 1 million square miles and 100 ports, the majority of which were unaffected by the hurricanes and ready to welcome visitors-a message that has shown measurable improvement in terms of those who will not delay booking or taking a Caribbean vacation.

The campaign also showcased the affected destinations’ resiliency and tireless recovery efforts. That recovery has been so swift that thousands are now seen disembarking cruise ships and checking into hotels every day in destinations like Puerto Rico, St. Maarten and the U.S. Virgin Islands.

Puerto Rico is officially open for tourism, with more than 100 hotels, 4,000 restaurants, more than 100 attractions, nearly 60 shore excursions and all airports and ground transportation fully operational, and more than 80,000 homeport passengers have already visited San Juan in the last two months.

St. Thomas and the U.S. Virgin Islands welcomed back cruise tourism with Royal Caribbean’s Adventure of the Seas returning on November 10 and bringing the first cruise passengers since Hurricane Irma. And on November 29, the destination was already handling five cruise ships, and their thousands of passengers, in one day.

St. Maarten’s first commercial cruise ship passengers since the hurricanes received a steel pan welcome on December 6, and its first day of cruise tourism featured two calls. It also displayed the destination’s preparations in not only repairing damage, but also improving the experience. Besides recently welcoming the world’s steepest zip line, the destination used the lull to meet with cruise line representatives and work with private and public stakeholders to better understand guest expectations and how to exceed them.

Considering these developments, the FCCA is redirecting the campaign to focus on the sunny side of the original messaging, continuing to educate about the region’s vastness and multiple destinations, along with the variety of attractions, activities and cultures they offer-from mountains and waterfalls to forests and deserts and culture and cuisine influenced by the Dutch, French, Spanish, British and a Creole mix of it all-all united by year-round great weather, friendly people and spectacular beaches leading into the Caribbean Sea famous for its crystal-clear, turquoise water.

Running at least through 2018, “Caribbean for Everyone” will continue using the proven formula and resources of the “Caribbean Is Open” campaign to display the region’s range on a grand scale, as well as focusing on particular products and markets to show that the Caribbean truly offers something for everyone. The FCCA will also work directly with with select destination partners to further tailor the message, and to create and distribute press materials complementing the campaign.