Today, instead of the usual column, we have decided to update earlier news on new orders for expedition, adventure and small ships. This number has now reached twenty-seven vessels, twenty-three from European shipyards and four from China. Thirteen of these ships, will be completed in Norway, seven of which are due from Fincantieri affiliate Vard and the others from Kleven and Ulstein.

The exceptions in this group are the three ships being built in Spain for Ritz-Carlton Yacht Cruises, the steel for the first of which was laid last week. These ships will be of the ultra-luxury category rather than adventure vessels. These are the ships capable of carrying 150 passengers or more. 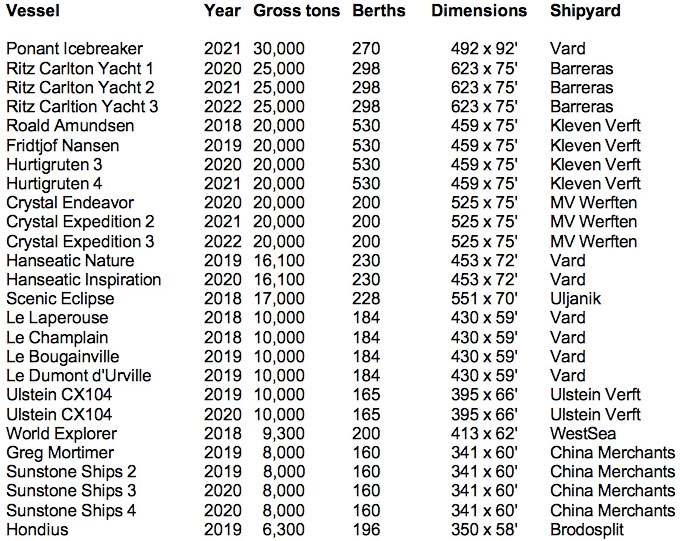 Not included in this list are four 220-berth ships being designed for Norwegian Yacht Cruises, the first to be named M/Y Caroline. This would bring the number on order to thrity-one. Nor does it include two smaller vessels, a 126-berth ship for Lindblad Expeditions from Ulstein and a 120-berth vessel for Coral Expeditions from Vard.