Last week saw the return of regular cargo-passenger service between Europe and New York, as well as Canada, with Atlantic Container Line inaugurating weekly passenger service on its new G4 roro container ships, carrying up to twelve passengers each. From Norway meanwhile came news that Viking Cruises was planning to order two “special” cruise ships from shipbuilders Vard. Finally, for this week’s voyage we look at Cruiseco’s Bravo Cruise of the Performing Arts on board Celebrity Silhouette in May.

The first passengers boarded the Atlantic Star on Wednesday in Halifax.
The five ships will now offer a weekly year-round fixed day of the week passenger service between Hamburg, Antwerp and Liverpool in Europe and Halifax, New York and Baltimore in North America. 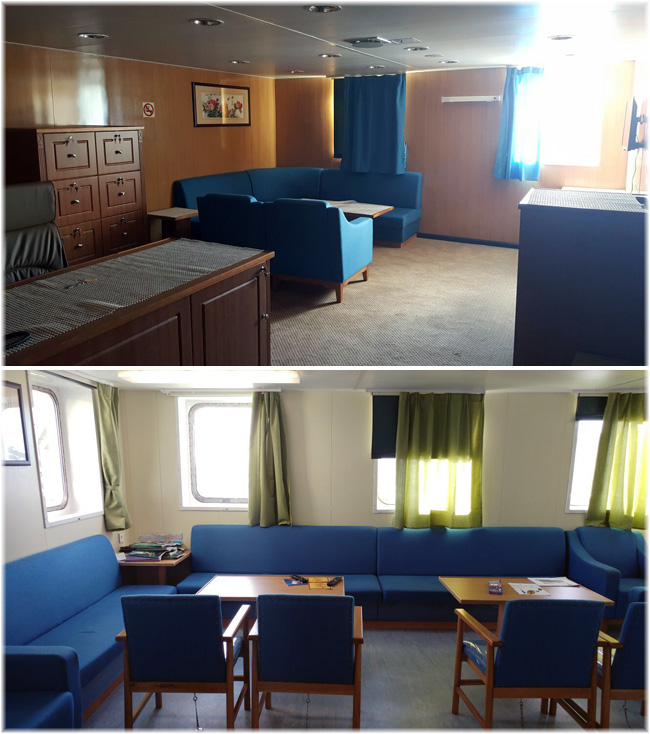 One big advantage of year-round service on this route will be that passenger cabins will now be available during the winter, when Cunard’ Lines regular Trans-Atlantic liner Queen Mary 2 is away on her annual World Cruise. Equally, in season, travellers will be able to use ACL ships to fill in gaps in the Queen Mary 2’s Trans-Atlantic schedule.

Facilities on each ship include a gym, TV, DVD movies, laundry, books, karaoke machine and PlayStation. There is also a sauna on each vessel.

ACL’s predecessors include famous passenger carriers such as Cunard Line, French Line, Holland America Line and Swedish American Line, whose cargo operations ACL was formed to handle at the dawn of containerisation in 1967.

It is more than three decades since ACL ships last carried passengers. Between 1970 and 1985, two French-flag ships Atlantic Champagne and Atlantic Cognac carried four passengers each on their rounds. This pair maintained a token twice-monthly passenger service to and from Halifax and New York after the withdrawal of the s.s France in 1974. 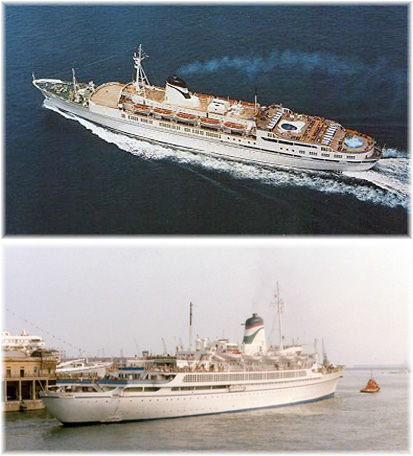 The 506-berth Ausonia (Photo below courtesy Commis at naviearmatori.net) (Click to enlarge)

The new passenger service is managed by Grimaldi Lines, whose own ships carry up to twelve passengers each, serving the Mediterranean, Scandinavia, South America and West Africa. Grimaldi Lines also operated passenger ships in the past with its last cruise ship, the 506-berth Ausonia, having been sold out of the fleet in 1998.

Conveniently for travellers, ACL is a signatory to the US Visa Waiver Program, meaning that passengers can enter the USA on an ESTA, and do not need to have the full US visa that is normally required of passengers arriving on cargo ships.
This service will be able to accommodate about 1,200 passengers annually, with about 600 passenger berths in each direction, Further details can be obtained by emailing PassageEnquiry@outlook.com.

Viking To Enter The Expedition Market?

Viking Ocean Cruises, led by Chairman Torstein Hagen, and Vard last week announced that they had signed a letter of intent for two “special” cruise ships with an option for two more. The ships will be scheduled for delivery in Norway in the second quarter of 2021 and 2022, respectively. Their hulls will be built in Romania. 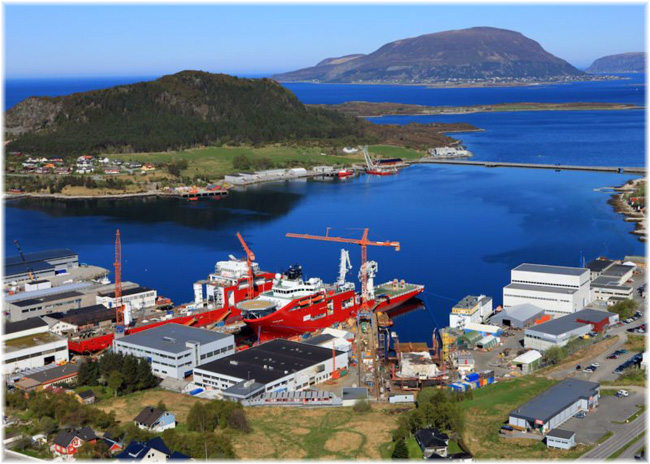 This project is in addition to plans to grow the Viking Ocean fleet to sixteen ships by 2027.

Details are sketchy as to what form the “special” cruise vessels will take. But, industry speculation sees this as a Viking foray into the growing expedition market. The letter of intent says only that the ships will be “totally innovative” and conform to the highest safety and environmental impact standards. The contract value for two ships is around €460 million.

Roy Reite, ceo and executive director of the Vard, subsidiary of Fincantieri, who are building the line’s ocean ships, commented, “it is our pleasure to work with Viking to develop a new series of cruise vessels. 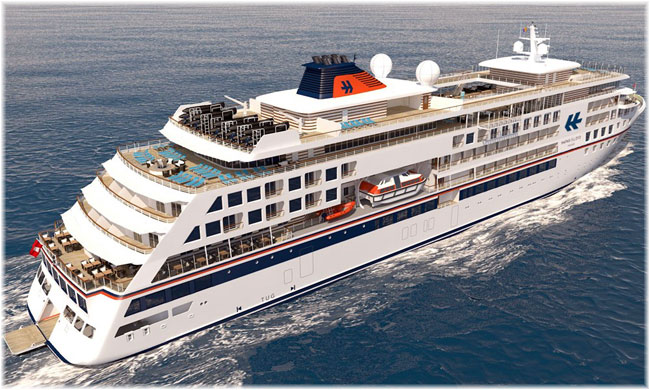 The company is well known for its expansion in river and ocean cruises, and it is now looking to Norway for the design and construction of its new cruise fleet. We are honoured to be chosen as their partner in this exciting project, and look forward to continuing the excellent cooperation with the Viking team.”

The vessels will be developed by Vard Design in Norway in close cooperation with Viking Cruises. According to sources familiar with the matter, the ships will probably be LNG-powered expedition vessels.
Vard is presently building six 10,000-ton expedition ships and a 30,000-ton Polar Class 2 icebreaker for Ponant and two 16,100-ton Polar Class 6 expedition ships for Hapag-Lloyd Cruises, all nine ships for delivery over the next four years.

Bravo Music Cruise Sails In May

On May 19, Katherine Jenkins and Alfie Boe will set sail from Southampton on the 2,886-berth Celebrity Silhouette for a music and performing arts festival at sea.
They will be joined on board by a raft world-class performers including Wynne Evans, Ruthie Henshall, Mirusia, The Celtic Tenors, Julian Lloyd Webber, Jonathan Welch and conductors Anthony Inglis and Guy Noble.

Bravo Music Cruise Sails In May

The Bravo cruise is a 7-night round trip, departing Southampton on May 19 and calling at Bilbao and Vigo in Spain and Cherbourg in France.
Obstructed view balcony staterooms now start at £999 per person and unbstructed views from £1,099, and further details can ber obtained from PassageEnquiry@outlook.com .