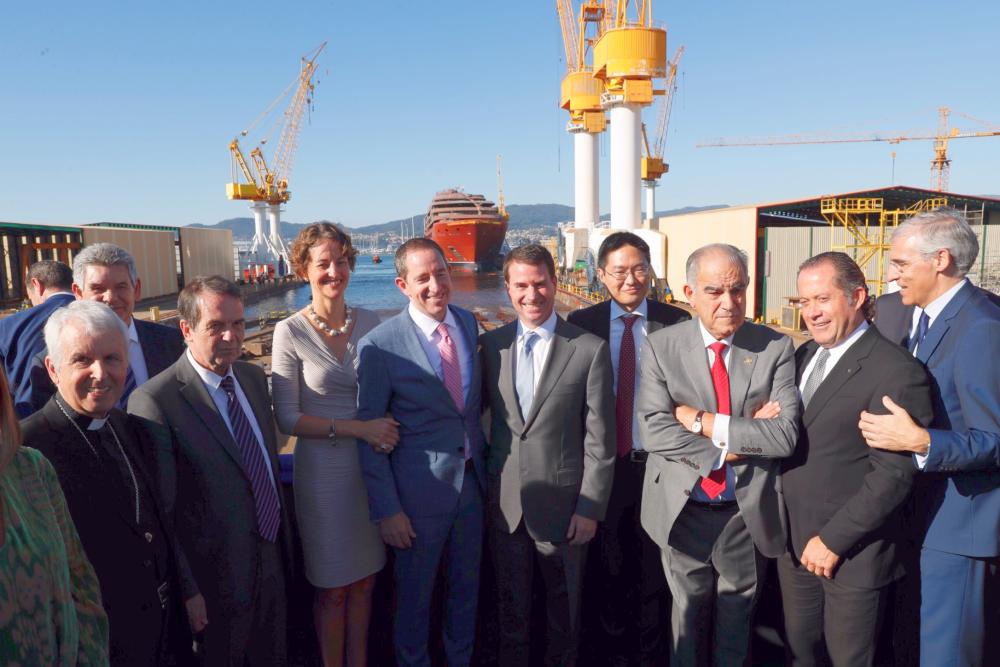 The vessel that has just been launched, in which Barreras has applied its wide experience and advanced technological know-how, is the first cruise vessel of this type built in the Bay of Vigo and the most expensive civil vessel ever made in Spain. This new building is a challenge for the shipyard, which is among the most advanced and innovating ones; and it has become now a benchmark in the luxury cruise segment, a market almost exclusive of certain European factories until now.

The vessel will cruise a wide variety of destinations including Mediterranean, Northern Europe, the Caribbean, Latin America, Canada and United States. Voyages will range from seven to ten nights.

It will arrive to Vigo in its first European voyage on 29th of June 2020 and will be there until the 30th when will depart to Bilbao. Before Vigo, the vessel will also visit other Spanish cities as Barcelona, Palma de Mallorca, Ibiza, Málaga or Cartagena. These journeys that the shipowner company has programmed and denominated as “experiences” combine the intimate and relaxing yachting lifestyle with the exclusive and customized excursions on land.

In addition, due to its size (190 meters length, 23.8 beam and 5.65 draft), this cruise may access inaccessible places and ports for large cruise ships, according to Douglas Prothero, the Chief Executive Office of RCYC, it will also make fewer stops, around four per week, to give the customer the experience of travelling in their own megayacht.