Port Of Savona: Cruise Areas And Services Concession Extended To 2044. Port Authority And Costa Will Invest Around 24 Million Euros next Year 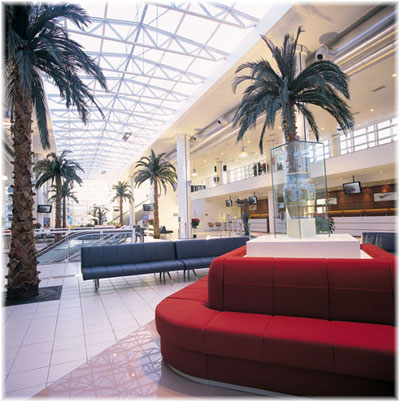 Yesterday, at the Palacrociere terminal, the Western Ligurian Sea Port Authority and Costa Cruises signed the renewal of the contract to extend until 2044 the concession to the Italian company for the cruise areas and services of the port of Savona.

The event was attended by Paolo Emilio Signorini, President of the Western Ligurian Sea Port Authority and Neil Palomba, President of Costa Cruises, who signed the new agreement in the presence of Giovanni Toti, President of the Liguria Region and Ilaria Caprioglio, Mayor of Savona, as a demonstration of the importance of this moment for the future development of the port of Savona.

Paolo Emilio Signorini stated: “The development of the cruise industry in Genoa and Savona is a key component of the Port Authority’s mission and a focal point of investment programmes currently underway to fund infrastructure projects in this thriving segment of the Ligurian ports. The Port Authority’s commitment has been flanked by a sizable investment programme implemented by Costa Cruises to upgrade the homeport facilities (a total of over 20 million euros). Savona and Genoa rank amongst the Top 10 Italian cruise ports, with the National and Regional Tourist Agencies forecasting further increases in passenger traffic in 2019, thereby consolidating Liguria’s position as Italy’s premier regional cruise destination. This is an important recognition for Genoa and Savona’s cruise industry in the aftermath of the tragic collapse of the Morandi Bridge last August.”

“Savona is the main home port of Costa Cruises, where we generate an annual traffic of over 800,000 passengers” – said Neil Palomba – “This new agreement is a further success in our fruitful collaboration with the Port Authoirity, and lays even more solid and long-lasting foundations for the investments we have already decided to make to adapt the Palacrociere in preparation for the arrival of Costa Smeralda, our new flagship, at the end of 2019”.

“The cruise sector remains strategic for Liguria and for the development of its tourism sector, which is a fundamental asset for the economic recovery of this region, – confirms the President of the Liguria Region Giovanni Toti – The extension to 2044 of the concession is synonymous with a wide-ranging and long-term project, which aims to enhance what is the most important cruise hub in Liguria, which is now ready to become a leader in Italy and Europe. The agreement signed today also confirms the close link between Liguria and Costa, a company with strong roots in Liguria, a company that operates and gives work in the land where it was founded and where it has been operating for 70 years “.

Ilaria Caprioglio commented: “The Municipal Administration welcomes the signing of this important document, which is fundamental for the prosecution of economic development of our city and of the surrounding territory, not only in the tourism sector. An agreement resulting from a synergistic work, in order to continue to host Costa Cruises main home port in Savona. From our side, we will reinforce our commitment to make the city more and more welcoming for the many cruise passengers who have the opportunity to know and make Savona known in the world “.

On November 3, 2019, Savona itself will host the naming ceremony for the new Costa Smeralda flagship (180,000 tonnes and 2,612 rooms), currently under construction in the Meyer shipyard in Turku (Finland). From November 9, 2019 until spring 2021, Costa Smeralda will be in Savona every Saturday for a 1-week itinerary calling at Marseilles, Barcelona, Palma de Mallorca, Civitavecchia/Rome and La Spezia.

In preparation for the arrival of Costa Smeralda, major work will soon begin in the Savona cruise port, for a total investment of around 24 million euros. The Western Ligurian Sea Port Authority will be deepening the sea bed in front of the Palacrociere main cruise terminal quay to increase the draught from the current -9 m asl to -11 m asl, after consolidation of the structure. The total cost of the work is estimated to be 19.35 million euros. Costa Cruises will invest a total of 4.5 million euros to buy two new fingers and adapt the structure of the Palacrociere main cruise terminal by reorganizing the spaces and flows. The work will not interfere with the operation of the port, where Costa ships are expected to make 155 calls in 2019.