Bergen manages ship numbers in the face of green feedback 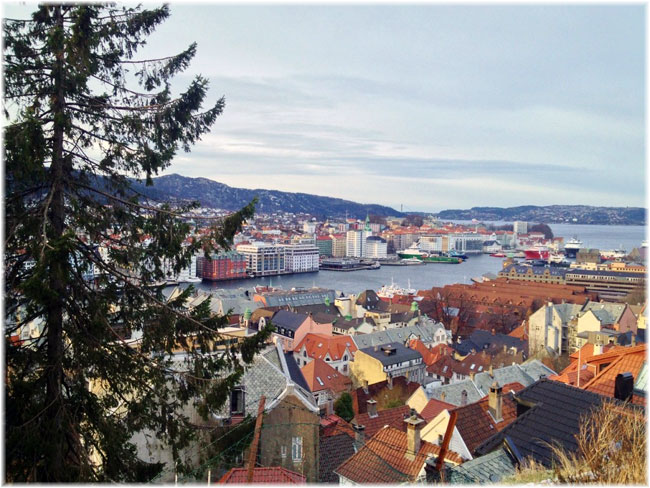 The increase in numbers of cruise passengers and ships visiting Bergen has lead to increased criticism of cruise tourism from the residents of Bergen, politicians and the media. This year the Norwegian port received 342 calls, up 31 on 2017.

The view is that too many ships calling Bergen on the same day leads to pollution and also to too many tourists in the city.

“We naturally welcome cruise tourism to Bergen but we must take into account what the city wants,” commented Johnny Breivik, director Port of Bergen. “At the same time we are keen to offer cruise tourists a quality product. They do not get this if they have to queue with thousands of other tourists and experience contamination from several ships docking in the port at the same time.”

As a result of this criticism, the city council decided at a meeting in October that a process of finding a legislative framework that will allow for the restriction of cruise traffic should take place.

The aim is to reduce the number of cruiseship calls to three, and the number of cruise tourists to 8,000, a day. The reason for this is simple. It is for the City of Bergen to remain an attractive and sustainable destination in terms of climate, the environment and visitor numbers for cruise passengers, as well as tourists in general, and the residents of Bergen themselves.

Further, the city council concluded that Skoltegrunnskaien/Skolten Dock is to be prioritised for cruiseship calls.

In addition the Port of Bergen is working on several projects to develop a more sustainable cruise offering in Bergen.

*The Bergen municipality has adopted an ambition to become fossil-free by 2030. Offering shorepower to all vessels by 2020 is part of the Bergen’s Environment Strategy. Together with renewable energy company BKK, the port is building Europe’s largest onshore power supply. The NKr120m (€12.4m) facility will be able to supply three cruise vessels simultaneously with 6.6/11 Kv, 50/60hz and a total of 30mW. Connection points will be available at the Skolten (north & south) and Bontelabo quays from May 2020. On December 4 it was announced that state-owned grant system Enova had granted NKr50m in funding towards the project.

*Through a partnership with 11 other Norwegian cruise ports plus DNVGL, the Port of Bergen has developed a new system for the characterisation of a cruiseships’ environmental footprint. The system is named Environmental Port Index (EPI). One of the key design elements of EPI is to capture how a ship performs while in port. Improved operation will be credited through an increase in the EPI score.

Starting from May 1 2019 the Port of Bergen will connect EPI with the fees concerning cruiseship arrival into the port. This includes quay dues, passenger fees, ISPS-fee and fairway dues. The initial fees will be kept on the same level as today, but the whole system will be differentiated according to the EPI-score of the ship.

An initial test of the EPI-system towards a collection of ships estimates the average ship’s EPI-score to be 30. The differentiated port fee adjustment will thus use 30 as the point of reference for no fee change. For EPI score lower than 30, the fees will increase. An EPI-score of 0 gives a maximum penalty with an 150% increase in the port fees. On the positive side, a score of 100 will give a discount of 17.5%.

Examples of ships with high EPI-score include ships connected to shorepower, LNG ships and ships equipped with good solutions for SOx and NOx scrubbing. Ships equipped with shorepower will only be rewarded if connected to an onshore power supply. Such ships will in any regard not be rated below an EPI score of 30. Both the EPI-system and the port fees adjustment will be revised on an annual basis.

*The port is currently conducting a LNG risk assessment which will be finalised in December. The output of the exercise will be a best practices guide to LNG bunkering within the port. The immediate drivers for this assessment is the need for LNG delivery to the AIDA Cruises’ ships in 2019, as well as bunkering of the Hurtigruten and Havila coastal passenger ships in 2021.

The Port of Bergen will be sending a delegation of six people to Seatrade Global in Miami next April to explain the new policy to the cruiselines.