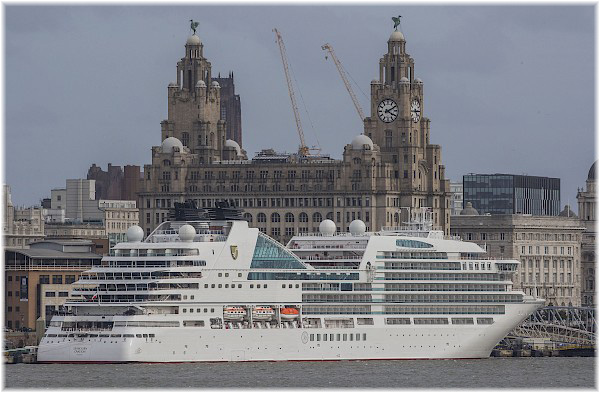 Liverpool Cruise Terminal has reported a 150% rise in passengers this year compared to last. More than 60 calls, with 100,000 passengers and crew were welcomed to Princes Dock, generating more than £7m (€8m) a year to the city’s economy.

One of the highlights of the year was that of Cunard Line’s Queen Elizabeth visiting on the 80th anniversary of the second Mauritania leaving Cammell Laird’s.

The season caps a remarkable 10 years for Liverpool’s Cruise Terminal, which is on course to have welcomed over 400 ships, 600,000 passengers and brought around £60m to the local economy by the end of 2018.

Councillor Wendy Simon, deputy mayor of Liverpool and cabinet member for culture and events, said: “What is really exciting is that the new cruise terminal will enable us to accommodate larger vessels more frequently which is going to provide a great boost to our visitor economy over the coming decade.”

The reveal of the RIBA Stage 4 designs for the terminal, which will be constructed at the Princes Jetty Site along Princes Parade at Princes Dock in Liverpool Waters, follows recent pre-planning consultation with residents and businesses in relation to the new 200-room hotel which would be opposite the terminal.

A 90 second fly-through video on the council’s YouTube account shows how the 10,000m2 terminal would be built on two floors with the baggage hall in the ground floor and the passenger lounge, cafe and check in on the first floor. It also depicts how it will be connected to the existing cruiseship landing stage by a vehicular and passenger link-span bridge and walkway.

The proposed terminal development would comprise the dismantling of the redundant and derelict jetty and construction of the new terminal on a new jetty in the River Mersey. The scheme will also include new public open space, hard and soft landscaping and associated servicing arrangements.

The terminal would be serviced by an off-site multi-storey car park and will enable the cruiseships with up to 3,600 passengers to embark and disembark at Liverpool. It is expected to directly create more than 500 new jobs.

An outline planning permission was granted for the scheme in April and the city council has applied through Mersey Docks and Harbour Company for a Harbour Revision Order for the construction of the Jetty in the River Mersey.

Steve Rotheram, Metro Mayor Liverpool City Region, said: “The new cruise liner terminal is a key element in plans to further boost our flourishing visitor economy, which is now worth more than £4.5bn a year to the city region’s economy and provides more than 53,000 jobs. Attracting more visitors, in bigger ships, will give a boost not just to businesses in the city centre, but around the city region, indirectly creating additional jobs for local people across the supply chain.”

The site of Princes Jetty and the land known as Plot 11 along Princes Parade, which are needed for the construction of the new cruise terminal and the hotel, will be gifted to the city council by Peel Land and Property Ltd.

Site preparation works for the new facilities are expected to start in the new year, subject to approval of the Harbour Revision Order.