With Holland America Line’s Nieuw Statendam going up against Celebrity Cruises’ new Celebrity Edge from the US, a member of one of the Internet’s many shipping groups has released an interesting comparison of 7-night fares for several popular cruise ships out of Florida in February. Elsewhere, Seattle cointinues to break its own records and together with Vancouver now serves more than two million cruise passengers a year. Finally, we look at a summary of new ships on order for Genting’s various cruise brands – Star, Dream and Crystal.

Feedback from this sailing, combined with the recent introduction of the Celebrity Edge, led Ernie Roller, a member of the “Liners List” internet chat group, to reveal some interesting research.

On December 29, he posted the following:

“I’ve been watching pricing for several new and popular ships for a 7-day Caribbean cruise in late February… Nieuw Statendam is a great value, and for that reason we may end up on her.
”The price difference between her and Celebrity Edge is astonishing when you think they are both brand new ships from competing cruise lines. 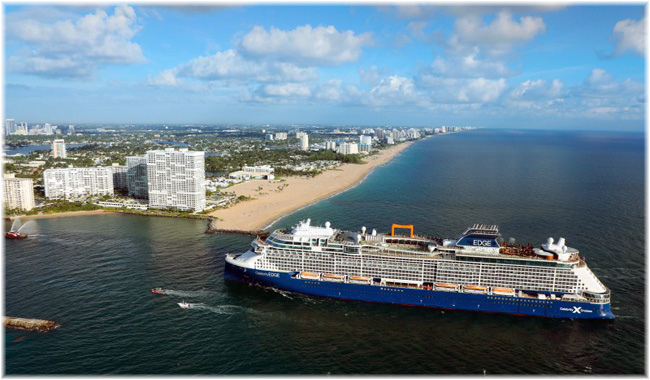 Nieuw Statendam is probably the most bang for the buck, at least for this week in February.

“I’m still amazed the per diems that Disney can pull in, for a ship that is almost seven years old, $1,827 per person for an inside cabin. 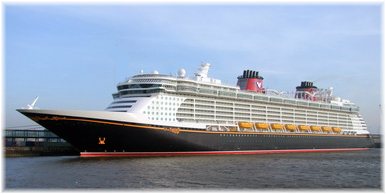 Good for them.
Obviously the Disney name means something. I’m wondering what per diems will be for Virgin’s Scarlet Lady.”

Seattle’s twenty years in the cruise business started with just half a dozen sailings in 1999. This $500 million business now brings tourism to the city, and has played a significant role in development of the city’s infrastructure and hotel expansion.

The port of Seattle

The record 1,114,888 passengers using the Seattle’s two cruise terminals this year is set to be broken again in 2019 with the arrival of two more new ships.

This summer, the Norwegian Bliss became the largest ship to sail from Seattle to Alaska when she arrived in May. For 2019, sister ship Norwegian Joy will also come to Seattle and Royal Caribbean’s Ovation of the Seas will enter Seattle-Alaska service as well.
Both ships will sail weekly, with each carrying more than 4,000 passengers. Both operators are already reporting the new ships virtually sold out for 2019, and 2020 bookings are now being taken. 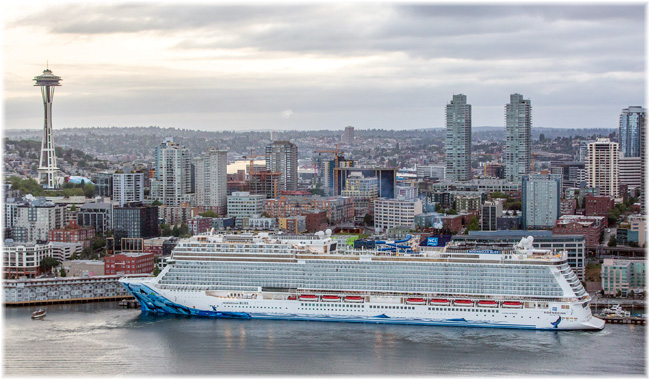 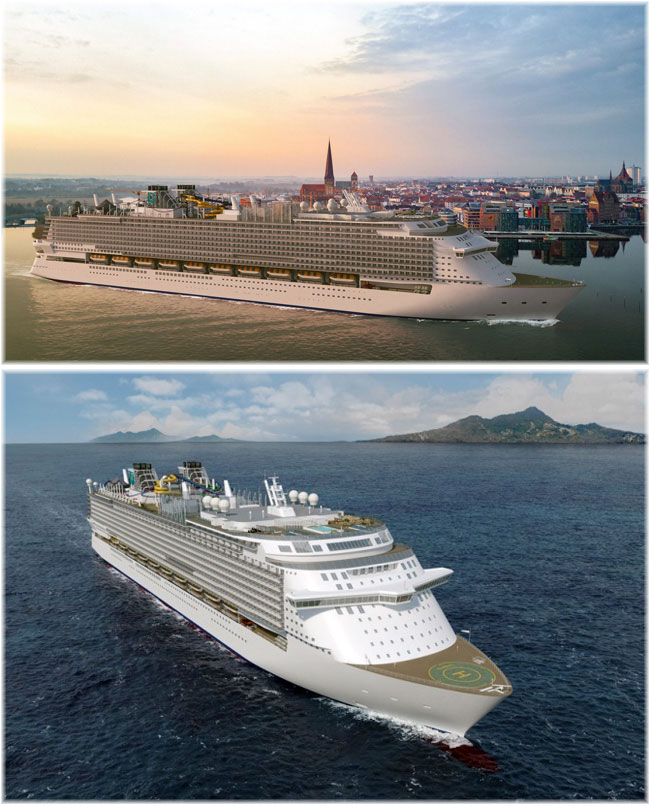 There is exceptional access into Seattle from the UK and Ireland for 2019, with British Airways and Virgin Atlantic both offering daily nonstop service from Heathrow, and Norwegian, Aer Lingus and Thomas Cook Airlines offering flights from Gatwick, Dublin and Manchester. Other airlines such as Icelandair offer one-stop flights at competitive fares.

As part of its 25th Anniversary celebrations, Genting Cruise Lines has announced that it will build a series of ”Contemporary” class ships for its original unit, Star Cruises.

The first ship for Asia’s leading contemporary brand is expected to be delivered from the Genting-owned MV Werften shipyard in 2023 But before that, in 2021 and 2022, Genting’s Dream Cruises brand will be taking delivery of two “Global” class ships. 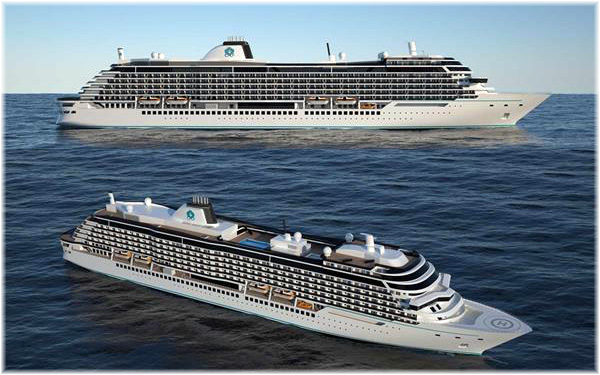 Star Cruises, meanwhile, will transfer its SuperStar Virgo to the Dream brand in early 2019 and the ship will become the Explorer Dream. Star will then operate the SuperStar Aquarius and SuperStar Gemini, while the Star Pisces will offer one-night voyages.