Last week came news of Virgin Voyages’ planned 4- and 5-night itineraries for its first ship, the Scarlet Lady. One of the itineraries will call on a planned new terminal for Puerto Plata. In Europe, meawhile, a new €8 head tax in Amsterdam has lost the port calls from MSC Cruises and Cruise & Maritime Voyages. And Japan’s NYK, which sold Crystal Cruises to Genting Hong Kong in 2015, is to sell off half its remaining cruise holding.

Virgin Voyages has announced that the 2,770-berth Scarlet Lady, debuting from Miami in early 2020, will sail 4- and 5-night cruises to the Caribbean.

Four and 5-night Havana After Dark itineraries will feature an overnight stay in Cuba. There are also 5-night Mayan Sol voyages to Costa Maya, Mexico and 5-night Dominican Daze voyages to old Puerto Plata in the Dominican Republic.


Virgin will offer extended hours in port with an overnight or a late-night departure on all voyages. Sailings will leave Miami at 7 pm, Virgin said, and cruises calling at Havana will feature people-to-people exchanges.

In addition, Virgin’s Dominican Daze cruise will sail to a new terminal in the Dominican Republic’s old Puerto Plata, on a five-night voyage. 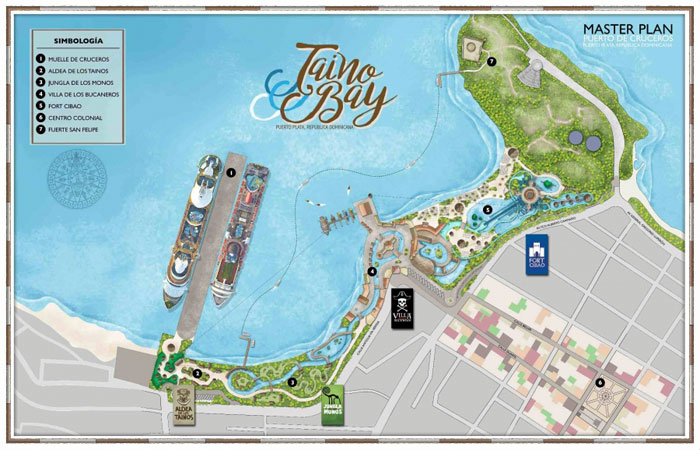 “This is a major project for the Dominican Republic,” said Robert Shamosh, head of commercial affairs for Mexico’s ITM Groupwhich is opening the new terminal. “This location is very strategic for Eastern Caribbean itineraries of 4, 5 and 7 days.The demand is there. The infrastructure in the US keeps expanding and growing, and new destinations are needed.”

From the new terminal, to be built in the old port, passengers will have direct access to Puerto Plata’s colonial centre, much like in Old San Juan and Santo Domingo.

In its first stage Taino Bay, as it will be called, will have a pier large enough to handle two “Oasis” class ships, the largest now in service. A twenty acre landside development will back up the piers. 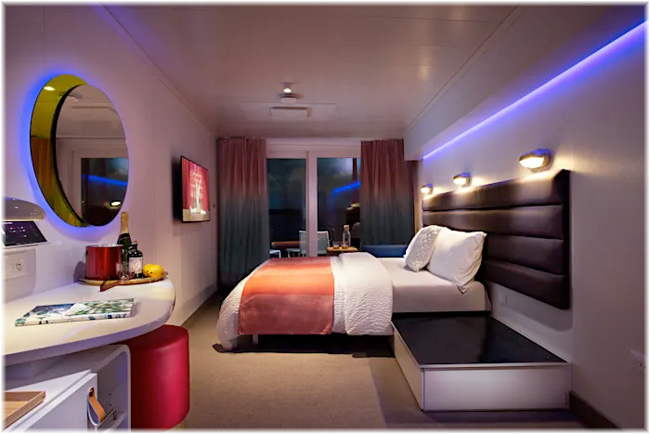 Some dredging will be required to bring the channel and turning basin to a depth of 38 feet, and an old power plant and fishing pier will be removed. The existing cargo finger pier will be expanded to 1,312 feet. In the second stage, an additional 984-foot extension is planned so three “Oasis” class ships could dock simultaneously.

The Scarlet Lady’s inaugural 2020 season will open for bookings on February 14.

MSC Cruises and Cruise & Maritime Voyages (CMV) have decided to drop port calls in Amsterdam in protest over the city’s new €8 head tax on transit passengers.
The new tax, which applies per passenger per day for sea and river cruise ships making Amsterdam calls, is intended to offset tourism’s impact on city services. It does not apply to Amsterdam-based vessels or residents of Amsterdam.

MSC and CMV have indicated that they will drop most Amsterdam port calls as a result of the tax, which Amsterdam implemented on short notice. MSC Cruises is substituting Rotterdam, where there is no comparable tax per passenger.
CMV cited the rapid implementation of the tax as an obstacle. Stringent cost controls and long-term planning are key to the line’s required pricing model. The late introduction of these new charges meant they could not be absorbed.

The Cruise Lines International Association (CLIA) also opposes the measure, and has detailed its concerns in an open letter. The association predicted that more cruise lines might stop calling Amsterdam in response, costing the city existing revenue from cruise tourism instead of bulding new revenues.

NYK to sell 50% of its Cruise Operation

NYK, which operates one-ship luxury line Asuka Cruises, is about to sell half its cruise business to Anchor Ship Partners, a Japanese ship management and investment firm founded in September 2010. 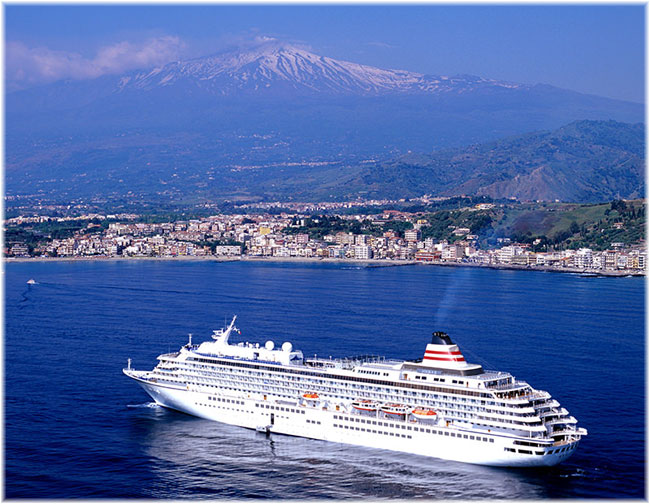 A sales price was not listed, and the deal is expected to close in March for 50% of the shares of Yusen Cruise Co Ltd.
Anchor said that it plans to procure further funding for the cruise operation to maintain a high-quality, luxury operation aboard the 960-berth Asuka II, the former Crystal Harmony.

“The cruise market in Japan is steadily expanding while expanding its base with the entry of foreign shipping companies,” Anchor said, in a prepared statement, adding that it is a long-term investment and it plans to continue further development of the Asuka brand.
Anchor said it is planning a major refurbishment to the 1990-built ship, and that plans include a newbuilding that would be regarded as “No 1 in the world cruise market. We believe that it is necessary,” the company said.
NYK will continue to be involved in the management of the vessel.