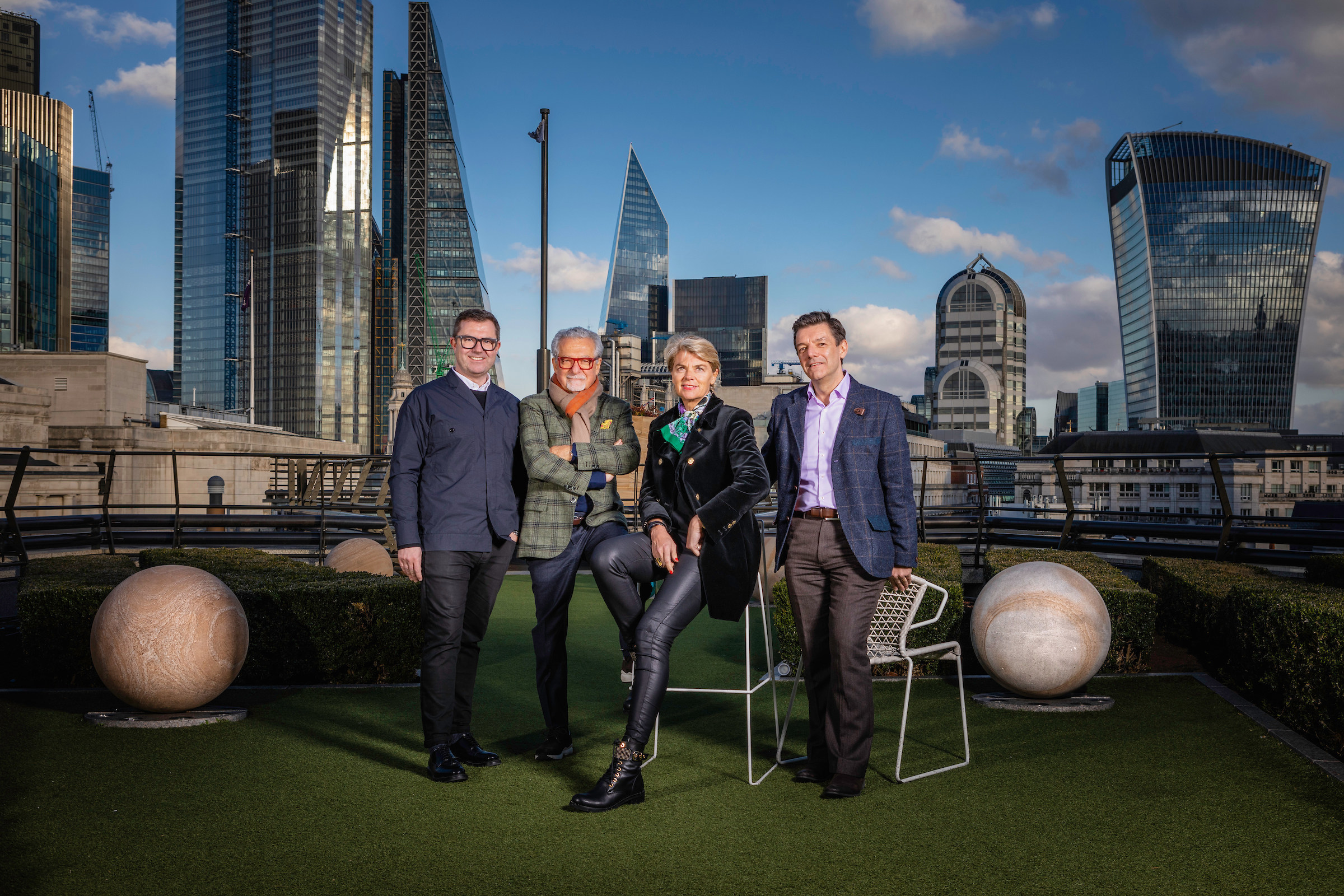 Luxury cruise line Cunard has announced the world class team of designers recruited to create the interiors for its eagerly anticipated new ship set to launch in 2022.

“Cunard has amassed the most talented interior designers in the industry to bring our new ship to life. Each member of the team brings a unique skill set to the project and working in symphony with legendary Adam D Tihany will ensure a product that is one-of-a-kind and uniquely Cunard,” said Josh Leibowitz, SVP Cunard North America.

Adam D Tihany, creative director, added: “We have assembled a dynamic, passionate team of talented creatives whose unique design sensibilities and innate understanding of the Cunard brand will move the dial forward while recapturing the beloved spirit of Cunard travel in this next generation cruise liner.”

While design details of the new ship are still under wraps, Cunard can confirm some of the key spaces that the expert design teams will be bringing to life:

• Luxury interior design team, David Collins Studio, whose projects have included Kerridge’s Bar and Grill, Corinthia London, The Apartment at The Connaught and Bob Bob Ricard will be responsible for a show-stopping atrium, the Grand Lobby, the Queens Grill Suites and the main dining room. This will be Simon Rawlings and his team’s very first interior afloat.

• Richmond International, which counts The Langham London and the award winning Four Seasons Budapest among its clients, will be responsible for the theater, new and exciting entertainment spaces and the outside deck space.

• Renowned French interior studio, Sybille de Margerie Paris, whose projects have included The Mandarin Oriental Paris and Cheval Blanc in Courchevel, will be responsible for the retail spaces, the spa and the flagship event space – the Queens Room. This will also be Sybille de Margerie’s first ship interior.

The new ship will be the 249th vessel to sail under the Cunard flag and will bring the luxury line’s fleet up to four, for the first time since the 1980s. The ship will be built at the Fincantieri shipyard in Italy. She joins Queen Victoria, Queen Elizabeth and flagship Queen Mary 2.

Who’s who on the Cunard design team:

Simon Rawlings – Established in 1985, David Collins Studio is an award-winning London-based interior design practice with a worldwide reputation for creating iconic hospitality spaces, high-end retail outlets and truly opulent private homes. Led by Creative Director Simon Rawlings, The Studio’s credits include The Wolseley restaurant in Piccadilly London in collaboration with Corbin & King, Gleneagles resort hotel in Scotland and the Delaire Graff wine estate in South Africa, together with signature Alexander McQueen in collaboration with Sarah Burton and Jimmy Choo. Rawlings and his team are past winners of the Prix Versailles 2016 for Alexander McQueen, Paris, and The Best Bar in the World award three years running for Artesian at The Langham, London.

Rawlings, who joined the practice in 1997 after gaining an MA in Interior Design at Birmingham University, believes in blending innovation with a commitment to traditional craft skills. Factor in The Studio’s forensic attention to detail and virtuoso use of colour, and the result is a genius for creating interiors that blend luxury and refinement with effortless functionality. This is why Rawlings believes Cunard and David Collins Studio are perfect partners. He says: “Cunard’s vision for this new ship is an evolution of its classic luxury style. Our mantra is creating luxury through quality, which we do by using the finest materials and working with the best artisans. So it’s a perfect synergy. Because clarity of purpose ensures design’s longevity; I’m thrilled to be creating interiors for what is sure to be one of the greatest ships of the age.”

Terry McGillicuddy – Richmond International, an illustrious name in hospitality design since 1966. Their prize-winning work can be seen in some of the world’s most prestigious hotels, including the Beaumont Hotel in London’s Mayfair, the Four Seasons Moscow, the London West Hollywood, the Waldorf Astoria Trianon Palace Versailles and the legendary Sandy Lane in Barbados.

Drawing on a wide range of influences – ­which might include the worlds of music, fashion and the arts ­- Richmond is celebrated for creating designs with soul. And with materials and detailing always of the highest class, its work is also hallmarked by a quality of durability depth. Under the leadership of director Terry McGillicuddy, the studio will be creating exciting food and beverage areas and a state-of-the-art theatre aboard the new ship. He says: “We are very honoured to have been appointed as one of the key designers of the new ship for Cunard, widely considered to be the most distinguished name in cruising. We are creating interiors that fulfil the passengers’ aspirations, while also modernising this historic brand with an innovative design that we believe will continue to set Cunard apart from the competition for years to come.”

Trained at the esteemed Ecole Boulle, she leads a 30 strong team whose credits include Mandarin Oriental Paris, awarded Forbes Travel Guide 2016 Five Star Hotel, and Villegiature 2012 Best Hotel Spa in Europe, the Old Cataract Sofitel Legend in Aswan, Le Barthelemy Hotel & Spa in the French Indies, the Royal Champagne Hotel & Spa in the Champagne vineyards near Epernay, and the luxury Royal Atlantis Resort & Residences in Dubai. Her work is celebrated for its balance of tradition and modernity, and for combining intellectual rigour with feminine elegance.

A believer in being creative with simplicity, Sybille de Margerie sets a style of luxury that is never showy but always harmonious. As the mastermind behind the new ship’s retail spaces, restaurants and spa, she says: “I am thrilled to be involved in such a great project, working alongside designers who bring expertise from all over the world. My ambition for this new vessel is to find the perfect balance between Cunard’s iconic brand and today’s expectations, while adding a touch of French style and a dimension of timeless luxury.”