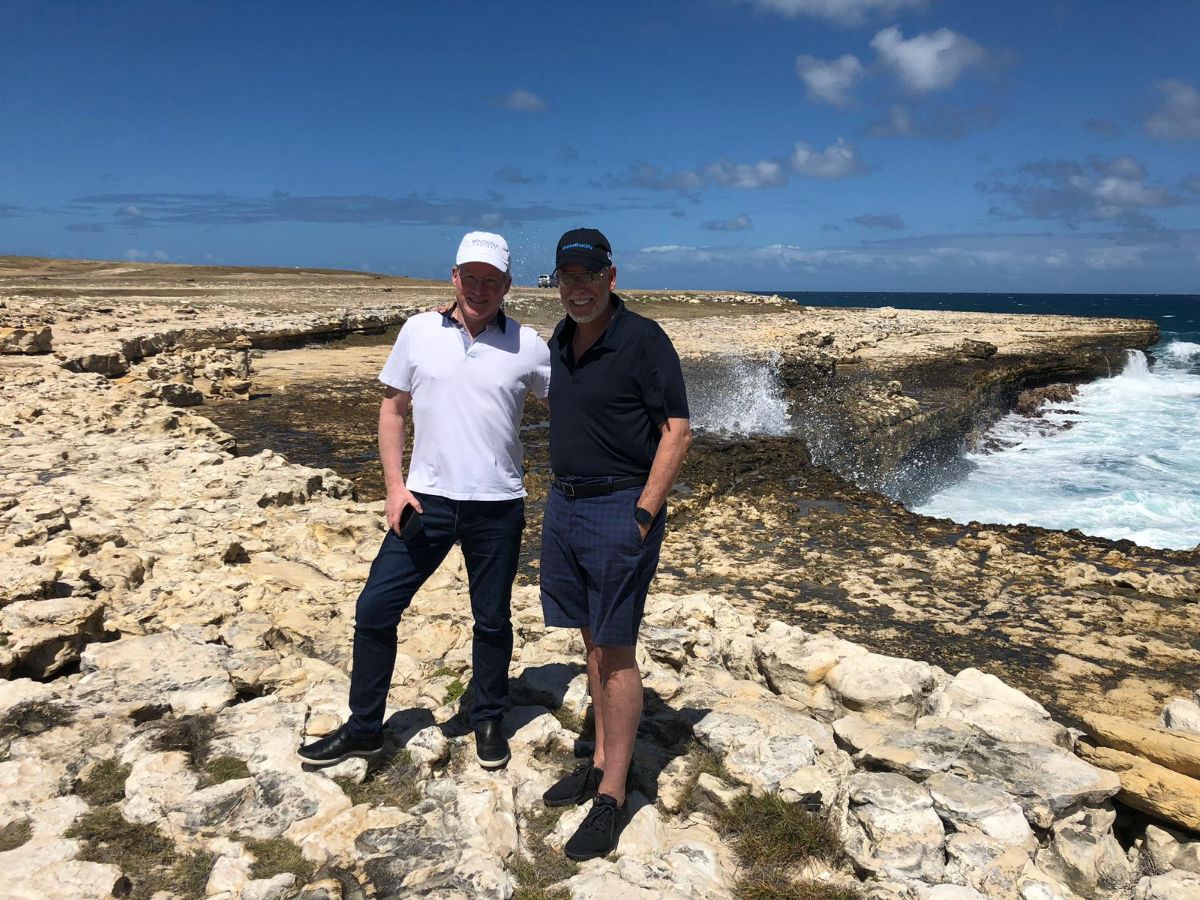 Windstar Cruises president John Delaney and Porthole Cruise Magazine editor-in-chief Bill Panoff set sail this past weekend, February 23, 2019, on a 7-day cruise event dedicated to giving back to the Caribbean.

“Windstar Cruises is thrilled to be joined by Porthole Cruise Magazine on the first combined Caribbean Celebration event with travel influencer media that has dedicated their time to promoting the journey,” explains president of Windstar Cruises, John Delaney.

Renowned artist Marc Lipp joined the event as a special onboard guest with an art donation for the onboard auction dedicated to rebuilding the local community after the disastrous hurricanes of 2017. All the proceeds from the auction and a grant from Windstar went directly to The New Holy Trinity Primary School in Barbuda. Windstar is the only cruise line to return to Barbuda after the hurricanes of 2017.

“When people think about cruising, the Caribbean is the first thing that comes to mind. As part of the cruise industry, we need to take part in helping local communities rebuild and thrive,” says Porthole Cruise Magazine editor-in-chief Bill Panoff.