Last week saw the announcement of the name SeaDream Innovation as the line’s third yacht, and first expedition yacht. Able to travel the globe, she is for delivery in 2021. Elsewhere, Dublin surprised the whole world when it announced that it was going to cut the number of cruise calls at its port in half, in favour of cargo. And finally, Viking Cruises’ Viking Sky managed to escape a more serious fate when she managed top recover power on the night of Saturday and Sunday off the west coast of Norway.

Last week came news that Damen and Mariotti were not working together on the two new Seabourn ships, having decided in February to end their short-lived cruise partnership.

SeaDream last week featured the news in a circular from Atle Brynestad, the line’s founder and owner, to its trade partners: “As you know, for over fifteen years, SeaDream has redefined the concept of luxury cruising. Giving guests the opportunity to help discover intimate ports, find centre through our wellness programs, indulge in the finest of foods, and provide an escape in the most lavish of settings. It’s never been just a cruise. It’s yachting.”

“Today we are excited to tell you about a new era in your luxury travel experience – Global Yachting. Global Yachting is the casual elegance known with SeaDream but enjoying this decadent experience while exploring the four corners of the globe. Today we announce that SeaDream will add over 200 ports to its list of intimate and exotic destinations. These include stops in Europe, Asia, the polar regions, and everywhere in between. “

“As you might imagine, this type of exploration requires a yacht that can envelop your clients in a luxurious setting while taking them to the far reaches of the world. In September of 2021, our passion for your experience will find a new home as we launch our third yacht, SeaDream Innovation.”

Dublin To Cut Cruise Ship Calls In Half

The Dublin Port Company has recently announced plans to restrict the number of annual cruise ship calls to the Irish city to 80 from 2021 – half as many as the 160 that called in 2018.

As part of the restrictions, only two large vessels per week will be allowed during the summer season and one per week in the winter, while turnarounds will be abolished. 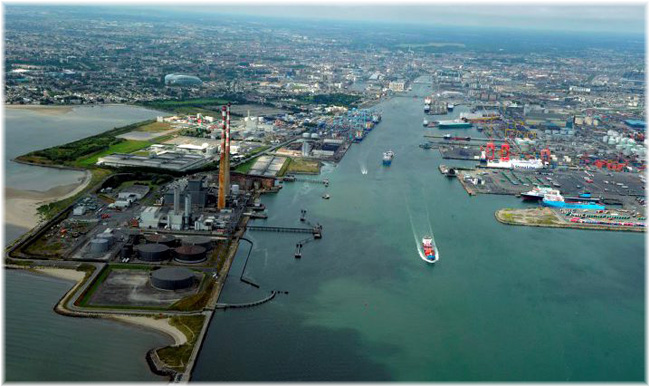 Dublin Port Company said the plan would create a “better balance” its allocation of ship berths due to “huge growth” in cargo volume in recent years and the need to pay for infrastructure works. The port also cited the need to create space for cargo shipping due to Brexit.

CLIA, the Cruise Lines International Association, said ending turnarounds would remove 120 calls and 100,000 passengers annually from the port. More than 160 ship calls will take place this year, while 140 are currently scheduled for 2020.

Cruise & Maritime Voyages, with 13 planned calls, and Holland America Group, with 12, said they were reviewing the situation regarding their Dublin capacity.

Celebrity Cruises, the first line to home port in Dublin in 2017, said, “[We] urge them to look again at the huge benefits cruises bring to the Irish capital. Regardless of the outcome, we remain committed to the Irish market and to our Irish travel partners and guests.”

David Dingle, Carnival UK chair and CLIA Europe executive committee member, said the decision “came out of the blue”, believing its cause was “more intricate than simply Brexit. It feels like a lose-lose for them and we need to get around the table with the authorities and stakeholders to dig down into the economic reasons,” he said. “Cruise calls into Ireland have grown rapidly so it’s a real pity, and we can’t have a fragmented response as a cruise industry.”

Dublin Port Company said: “If Dublin Port is to cater for large numbers of cruise ships in the future, new berths will have to be constructed at North Wall Quay Extension, adjacent to the Tom Clark Bridge. This will require co-financing and/ or long-term financial guarantees from cruise lines.”

Viking Cruises’ 749-foot Viking Sky had hundreds of its passengers airlifted to safety over the weekend and has now been towed into the port of Molde in Norway. The ships had lost all its engines and been in danger of running onto the rocks on the Norwegian coast, narrowly escaping what could have been a much more serious situation.

About 900 passengers and crew were still onboard the Viking Sky when it arrived at Molde on Sunday afternoon. Five helicopters had earlier winched 479 people to safety as huge waves tossed the ship around. Twenty people were treated for injuries including broken bones, cuts and bruises, rescuers said.

Social media footage showed chairs, large pot plants and other furniture on the ship rolling across the floor and crashing into walls. Parts of the ceiling were falling down on to passengers as the ship yawed heavily. Windows were broken in one part of the ship and cold water poured over their feet.
The cruise liner was only 100 metres away from striking rocks in shallow waters when it finally managed to turn.

“It was very nearly a disaster. The ship drifted to within 100 metres of running aground before they were able to restart one of the engines,” police chief Hans Vik, who heads the Joint Rescue Coordination Centre for southern Norway, told TV2. “If they had run aground we would have faced a major disaster.”

The ship had started struggling with engine problems in bad weather off Norway’s west coast on Saturday afternoon, in an area known for rough, unpredictable waters. It reportedly issued a mayday call when it started drifting towards the rocky shore. Police said the crew managed to anchor off the coast near the town of Ålesund.

The evacuations took place in very difficult conditions. Norwegian media reported gusts of up to 38 knots and waves over eight metres in an area known for its rough, frigid waters.
The Norwegian public broadcaster NRK said the Viking Sky’s evacuation was a slow and dangerous process, as passengers needed to be hoisted one by one from the cruise ship to the five available helicopters.

Viking Cruises’  chairman, Torstein Hagen, told the Norwegian newspaper VG the events were “some of the worst I have been involved in, but now it looks like it’s going well in the end and that we’ve been lucky”.