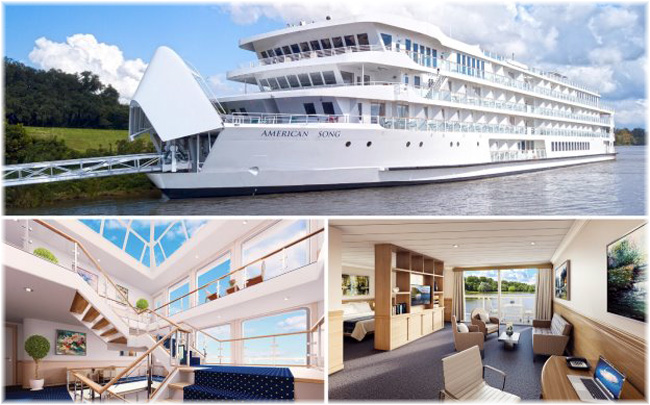 American Cruise Lines announces American Jazz as the name of the 3rd new ship in their revolutionary Modern Riverboat Series. American Jazz will be slightly larger than both the 1st and 2nd ships in the series, and it will feature the same advanced opening bow and retractable gangway seen on American Song and American Harmony.

American Jazz is already well under construction at Chesapeake Shipbuilding in Salisbury, MD and is on schedule to begin cruising the Mississippi in 2020. American Cruise Lines has 5 modern riverboats planned for the series and currently operates the newest and largest fleet of American-built cruise ships in the country.

In 2019, while work is underway on American Jazz, sister ship American Song is already sailing itineraries out West on the Columbia & Snake Rivers and American Harmony begins cruising the Mississippi River in August.