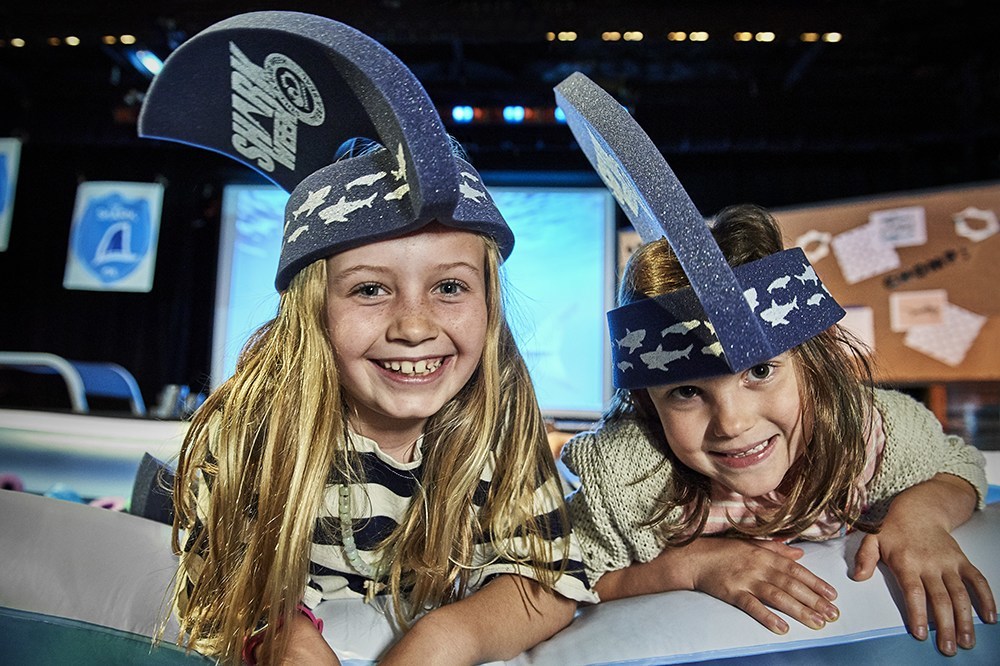 As part of the cruise line’s Discovery at SEA program, Caribbean Princess will be celebrating sharks all summer with a variety of activities and games that will challenge adults and kids alike on the myths and interesting facts about sharks.

Shark Week programming will be available on stateroom televisions, as well as a special premier party with exclusive content available on June 15 in advance of the television airings. Premier content will also be available on 12 other ships sailing in Alaska and Europe.

“Our guests have been captivated by our Summer of Shark programming taking them on a journey to the depths of the sea to uncover the secrets of the ocean’s top creature,” said Denise Saviss, Princess Cruises vice president entertainment experiences. “With special Shark Week touches found throughout Caribbean Princess from décor to food and beverage, we’re thrilled it’s become a popular celebration through our exclusive partnership with Discovery.”

Children and teens will enjoy shark-themed fun in Camp Discovery youth and teen centers. Kids can turn into their favorite type of shark with glitter tattoos and shark face painting, or create arts and crafts to take home, including shark teeth jewelry and shark clay models. There is even a Family Fun Fair with special activities.

Adults and kids alike can get into the spirit with specialty cocktails and mocktails that have been creatively crafted including a Shark Attack Margarita, tropical Great Blue Shark and mocktails including a Shark Bite or Super Strawberry Shark Chum. In addition, themed food items will also be served, including shark cookies and even shark-themed food carvings on display. Guests of all ages can enjoy custom branded, photo step and repeat backdrops and green screens.

Beyond these Summer of Shark themed cruises onboard Caribbean Princess, those looking to have their very shark adventure can book the ultimate adrenaline rush with Animal Planet Exclusive and Recommended excursions such as the Princess Exclusive Great White Shark Diving Encounter in Honolulu or Whale Shark Encounter in La Paz, Mexico.

Airing around the globe, Shark Week is a pop culture phenomenon that thrills fans of all ages with dynamic programming around these often-misunderstood sea creatures.