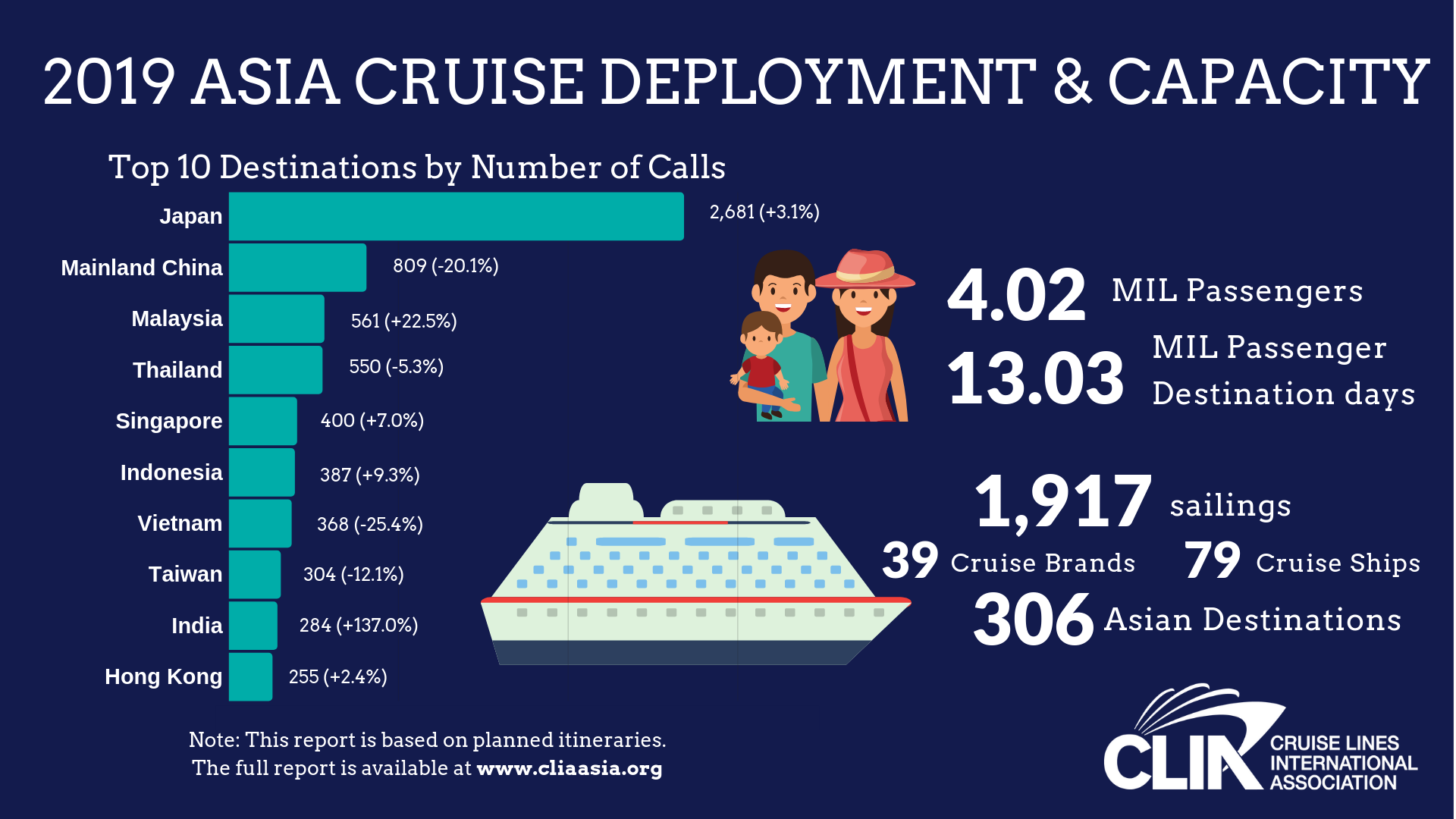 Cruise Lines International Association (CLIA) has released the 2019 Asia Cruise Deployment and Capacity Report. The report details Asia’s planned cruise activity in 2019, providing stakeholders with actionable and meaningful information to keep pace with the dynamic cruise industry in this region.

“The popularity of cruising in Asia is expected to grow further over coming years as cruise lines deploy new, larger vessels that have been purpose-built for Asian consumers. The coming generation of ships will replace older ships previously based in Asia, and when coupled with new cruise infrastructure in several Asian destinations are expected to fuel strong interest among travelers. The result is likely to be a return to growth for cruising in Asia after a slight decline this year,” said Joel Katz, Managing Director for CLIA Australasia & Asia.

“Asia also has a wide diversity of appealing attractions, with many places possessing a spectacular coastline. Ships in Asia will call at 306 different destinations, an increase of 18 destinations from 2018, providing the range of choice for passengers cruising here.”

Highlights from the 2019 Asia Cruise Deployment and Capacity Report include:

* 2019 will see a total of 1,917 sailings, and generate capacity for 4.02 million passengers to cruise in Asia. This year’s total passenger capacity has been reduced by 5.7% year-on-year after several years of rapid expansion. The decline was mainly due to the reduction of short cruise itinerary options from mainland China. Nevertheless, 2019 will still see 79 ships from 39 cruise brands sailing in Asia, a similar level to last year.

* Port calls to Asia will remain steady this year with 7,154 calls. Many of the destinations – especially India, Malaysia, Indonesia, Singapore, Japan, Hong Kong and South Korea – will see growth.