Port of Ancona: presenting to local community the project for the new cruise terminal “Molo Clementino” 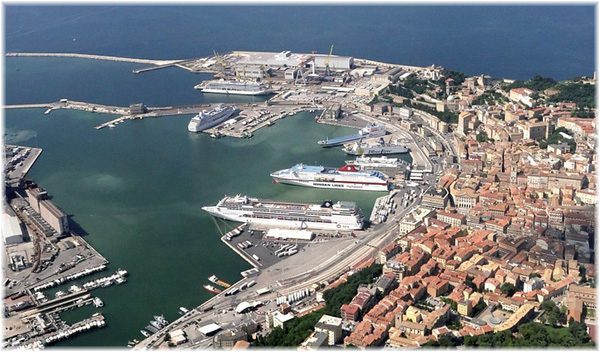 Following the approval of the feasibility study for the new cruise terminal “Molo Clementino” of the port of Ancona from the Management Board of the Port authority and the Community Council, the Central Adriatic Ports Authority and the Town of Ancona organised an evening talk to present the project to the local community.

More than 120 people attended the event including several local stakeholders of the port and tourism sector.

Airam Diaz Pastor, President of MedCruise attended the event as keynote speaker to bring an overview of the cruise market development and of the best practices in promoting sustainable development of the cruise sector. “We do see that the cruise lines are making a strong effort in increasing their sustainability, in particular with reference to air emissions – he stated, giving evidence also – “to the opportunity to welcome cruise passengers that can discover the territory, contribute to local economy and come back as tourists.”

The Central Adriatic Port Authority has started the project development in 2016 with an approach focused on achieving the outmost standards in sustainability for the new terminal, that will be developed close to the Old Port Area and its rich heritage. A key infrastructure to improve the competitiveness of the port that currently is crossed every year by more than 1,2 million passengers.

“The Molo Clementino cruise terminal – stated Rodolfo Giampieri, President of the Central Adriatic Ports Authority – is not just a port infrastructure, but rather the project for a town that is willing to take the challenge to develop as tourist destination. It is the project of a town that recognizes the value of its international port as opportunity for its development.”