Enlarged MSC Magnifica To Sail From Southampton In 2021 – Other Cruise News: End of the Line for Voyages To Antiquity – Nome Has A Busy Late Summer

MSC Cruises has this week disclosed that its MSC Magnifica will be based in the UK starting in 2021, with twenty-four sailings from Southampton. Elsewhere, Voyages To Antiquity will close at the end of October while the ship goes on charter to Road Scholar next year. Meanwhile, the northern Alaska port of Nome has seen a busy late summer period, with Bremen sailing for the Northern Searoute across Russia and Roald Amundsen arriving from the Northwest Passage across Canada.

Enlarged MSC Magnifica To Sail From Southampton In 2021

After a 75-foot lengthening, MSC Cruises’ MSC Magnifica will sail twenty-four itineraries from Southampton between May and October 2021. The vessel will feature 215 new cabins, which will bring her up to 2,980 passengers at double occupancy.

For some years now, MSC has been building its presence in the UK. Previously, it had shared embarkations with Hamburg in order to have a full summer programme from Southampton.

Built in 2010, MSC Magnifica will be younger than most of the ships sailing out of Southampton.

Magnifica’s 7- and 14-night cruises will embark on Saturdays, with the season also featuring a 3-night mini cruise over the bank holiday in late May to Zeebrugge. Fares will begin at £219 per person. 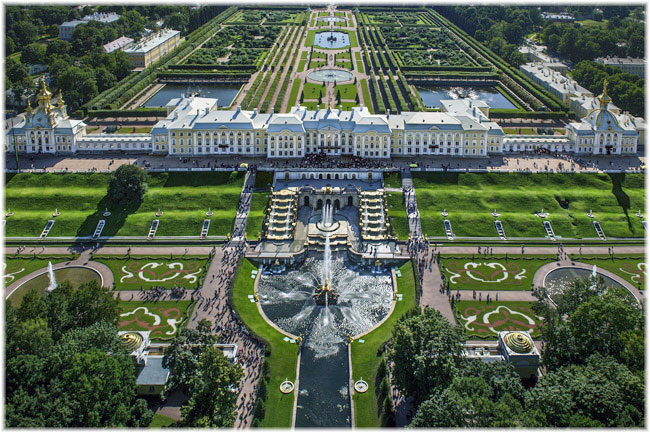 There will also be two opportunities to discover the Baltic Capitals, on a 12-night cruise departing May 31, or on a 14-night cruise leaving on September 11.

The Baltic sailings will include an overnight stay in St Petersburg and a visit to Oslo, with fares starting at £1,569 per person.

MSC is also sailing four different Norwegian Fjord itineraries across its summer season and a 14-night Mediterranean cruise designed for families in August, leading in from £3,296 for a family of four. The no-fly cruise begins with two sea days before exploring seven Ports in nine days, including Palma and Monte Carlo.

On top of its new itineraries, MSC Magnifica will feature “best of British” enhancements first debuted in 2018, such as kettles with Yorkshire Tea in cabins. 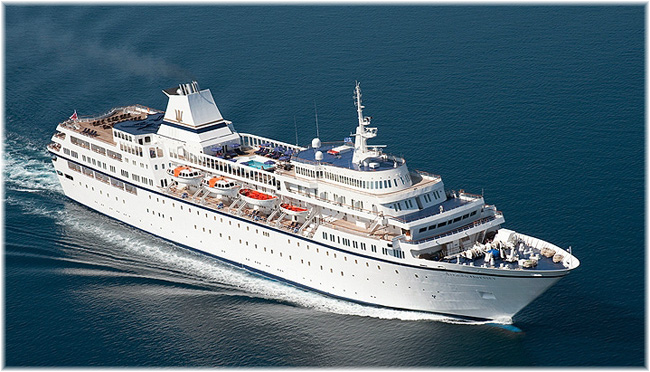 The actual lengthening will be done over four weeks in April 2020 and she will spend next summer sailing out of Venice and Bari before switching to the UK in 2021.

The MSC Magnifica will replace the 3,502-berth MSC Preziosa, which is operating eighteen itineraries from Southampton this year.

End of the Line for Voyages To Antiquity

Voyages To Antiquity disclosed this week that it would be closing down after the cancellation of ten cruises this spring and summer due to technical problems. Around 3,500 passengers were affected.
The last four cruises of the originally-planned season are under way now and the line will close its office in Oxford on October 31. 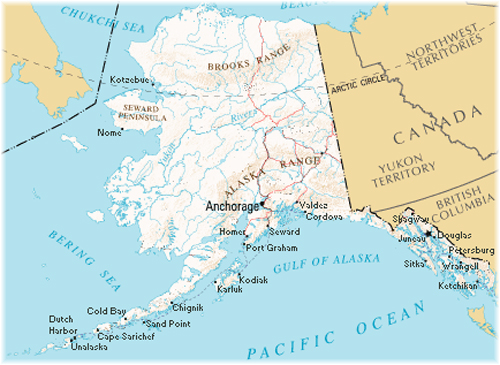 Nome is on the Seward Peninsula, not far from the Bering Strait and the Russian water border (Courtesy Wikipedia)

This sees the end of the type of voyage that used to be operated by Swan Hellenic in the UK market.
The 408-berth Aegean Odyssey will be going on a three-year charter to Boston-based Road Scholar, known as Elder Hostel until 2010, starting in 2020.

Nome Has A Busy Late Summer

Nome has been busy this week, with the departure of Hapag-Lloyd Cruises 164-berth Bremen for the Northern Sea Route, above Russia, on a cruise to Murmansk and Bergen.

The port also saw on September 10 the maiden arrival of Hurtigruten’s 530-berth Roald Amundsen from the Northwest Passage, through the Canadian Arctic.
The vessel was delivered earlier this year.

When the ship’s namesake, Norwegian explorer Roald Amundsen, made the first crossing of the Northwest Passage, it took his expedition three years (1903-1906), while the new ship spent did the same itinerary in three weeks.