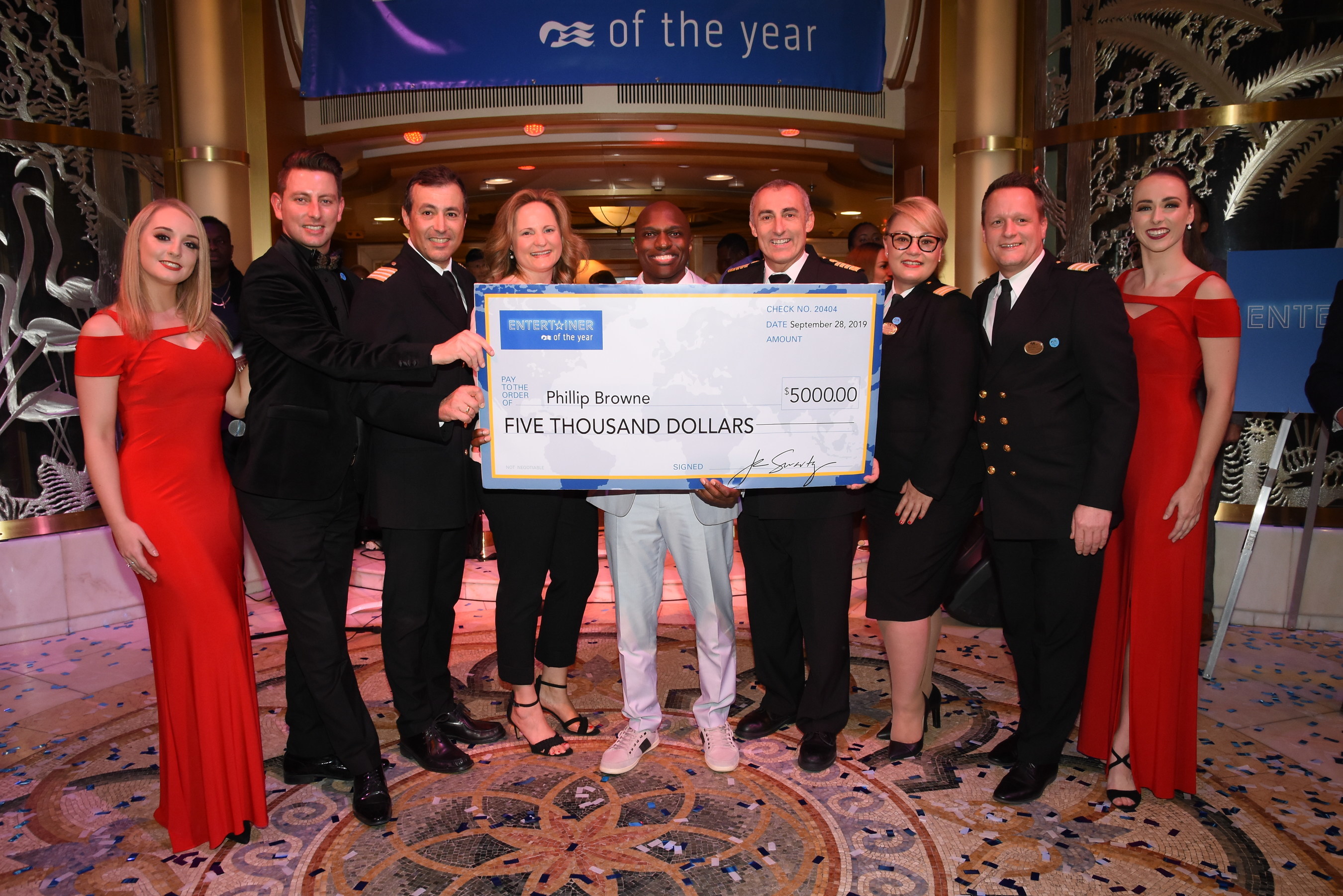 Four finalists were selected from the hundreds of talented performers — comedians, magicians, vocalists, tribute bands and novelty performers — which entertain guests on Princess Cruises’ stages each year. These top artists performed to excited audiences during the cruise, and then guests voted by ballot to select the winner.

Guests onboard the Sept. 22 Star Princess seven-day cruise along the Northern California Coast enjoyed live performances from each finalist. The finalists were determined by the Princess Cruises entertainment casting team based on guest surveys and onboard audience response. Along with Browne, the finalists included, comedian Doug Funk, comical singing ventriloquist Kieran Powell and comic-impressionist Michael Wilson. Browne was announced as the winner on the final night of the cruise at a celebratory event with the many guests who voted for him.

“Phillip brings passion to every performance, truly connecting with the audience and we congratulate him on being named Entertainer of the Year,” said Denise Saviss, Princess Cruises vice president of entertainment experience. “Our guests were thoroughly engaged and entertained by the passion and exuberance of the finalists this year and had the difficult task of voting for their favorites to ultimately determine the champion.”

From London, Browne has stared in several West End shows and performed with Sir Elton John and Barry Manilow in some of the most prestigious venues in London, including Kensington Palace and the Royal Albert Hall. With a fantastic personality, strong stage presence and a rare velvet, smooth bass voice, Browne is entertainment at its best. He started his career in the Disney production of The Lion King, playing the role of King Mufassa.

He went on to perform in many West End shows including Show Boat, Anything Goes, Porgy & Bess, Piaf, Carmen Jones and Ragtime. Some of his TV & film appearances include Batman, Miss Marple, Eastenders, Casualty, My Family and Money. He is also a voice-over artist and can be heard on numerous movie trailers and commercials. Browne’s show includes songs by Barry White, Paul Robeson, Nat King Cole, Ray Charles, Sammy Davis Jr., as well as hits from The Lion King, Showboat and Carmen Jones.

This is the cruise line’s eighth annual Entertainer of the Year competition which was established to recognize the high caliber and diversity of guest entertainers that perform on each Princess Cruise. Previous Entertainer of the Year winners Nathan Foley, Ben Seidman, Zach Winningham, Tony Tillman, Carlos Oscar, Robbie Printz and Tom Franek continue to perform year round with Princess Cruises and remain among the top-rated entertainers throughout the fleet.

As the new holder of the line’s Entertainer of the Year title, Browne also received a cash prize of $5,000.