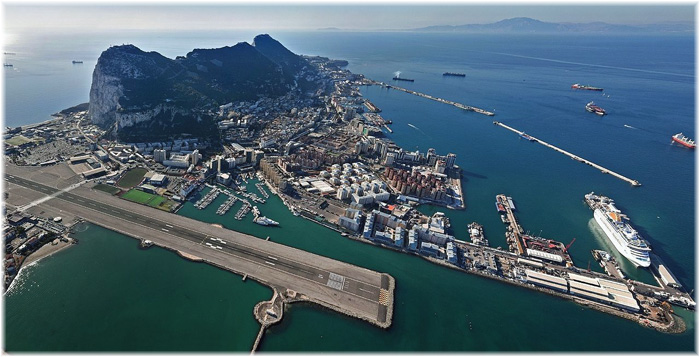 Minister Vijay Daryanani has welcomed the Sky Princess cruise ship on its inaugural visit to Gibraltar. The Sky Princess is on its maiden cruise, having been built in Italy and delivered to Princess Cruises as recently as 15 October.

This first cruise, carrying 3600 passengers and 1400 crew, began in Athens and ends in Rome on 3 November.

After the traditional exchange of plaques with Captain Heikki Laakonen on the ship’s bridge, Minister Daryanani and Nicky Guerrero, Chief Executive of the Gibraltar Tourist Board, were given an escorted tour of the ship by Hotel General Manager Terri Cybuliak.

She explained that the ship is being marketed to an international audience although over half of the passengers on this first cruise are from North America.

Minister Daryanani said, ‘The Government is committed to boosting our cruise business. I have already made contact with many of the main players in the cruise industry and I’m looking forward to meeting them in person in the near future.’