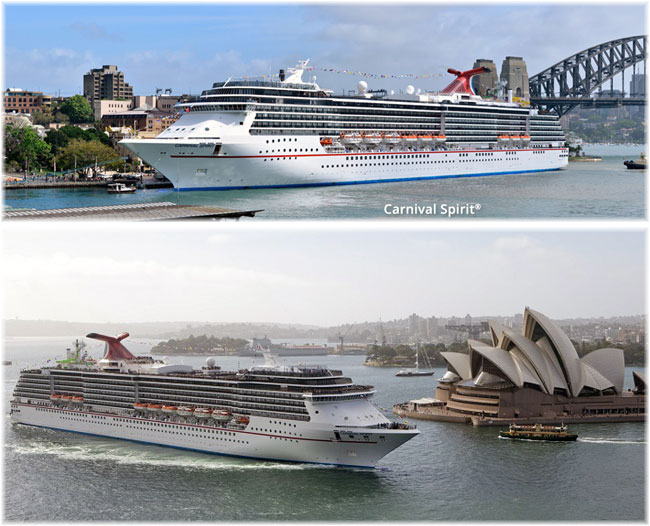 Carnival Cruise Line’s Carnival Spirit sailed in from Sydney with P&O Cruises’ flagship Pacific Explorer and Pacific Dawn arriving from Sydney and Brisbane respectively. The ships arrived with the biggest contingent of interstate visitors to the Cup.

And, in a major milestone for P&O, this is the cruise line’s fiftieth anniversary cruise to the Cup.

P&O is celebrating its half-century of Melbourne Cup cruises in style with Fiona Falkiner headlining the signature ‘Fashions at Sea’ catwalk show on Pacific Explorer. The fashion show has been an integral feature of P&O’s Cup cruises since Orcades was the first to sail to Melbourne in 1969.

Along with more than 2000 fellow guests, TV host Deborah Hutton cruised into Melbourne on Carnival Spirit having hosted the ‘Fashions on the Spirit’ show presenting the latest fashion trends at Flemington this year.

A host of racing royalty has given the three Carnival Australia-brand ships more than a little Melbourne Cup magic.

They include on board:

President of Carnival Australia Sture Myrmell said the Melbourne Cup cruises continue to grow from strength to strength. “Our guests are passionate about the Melbourne Cup and each year we’ve seen a growing interest in the number of racing enthusiasts wanting to cruise to the race,” Mr Myrmell said.

“This year marks a very special fiftieth anniversary milestone for P&O. Guests are experiencing an even bigger line-up of the biggest names in fashion and racing as they take a trip down memory lane of cruising to Australia’s iconic sporting and cultural event.”

Next year’s Melbourne Cup program is also shaping to be a major event with two Carnival Australia brand ships set to be there for the first time.

Carnival Cruise Line’s Carnival Splendor and P&O Cruises’ Pacific Adventure will both sail from Sydney and offer a huge choice of onboard events, dining, relaxation, entertainment and family friendly activities.
P&O’s Pacific Explorer will also cruise to the Cup from her new Brisbane homeport in 2020.