Last week, passengers from Hurtigruten’s newest ship, the Roald Amundsen, were joined by passengers and crew on board Hurtigruten’s Midnatsol during the new ship’s naming ceremony in Antarctica.
A chunk of ice replaced the traditional bottle of champagne for the naming by godmother and polar pioneer Karin Strand in  Chiriguano Bay off Brabant Island.

The Roald Amundsen uses large battery packs to support low-emission engines, claiming to cut CO2 emissions by more than 20% compared to other cruise vessels of the same size. The 530-berth ship honours the legacy of its namesake polar explorer by sailing to destinations in Antarctica, Alaska and through the Northwest Passage.

Strand asked for the traditional godmother gift to be replaced by a donation to Hurtigruten Foundation, set up to contribute to areas Hurtigruten explores.

“We want to use this first ever Antarctica naming ceremony to pay our respects to our oceans, the environment and past and present explorers,” Skjeldam added.

Marella Cruises To Sail From US Ports

TUI-owned Marella Cruises is to offer fly/cruise sailings from the US for the first time in the summer of 2021. The UK-based cruise line will deploy the 1,830-berth Marella Discovery from Port Canaveral, Florida, on four itineraries covering eleven ports of call. 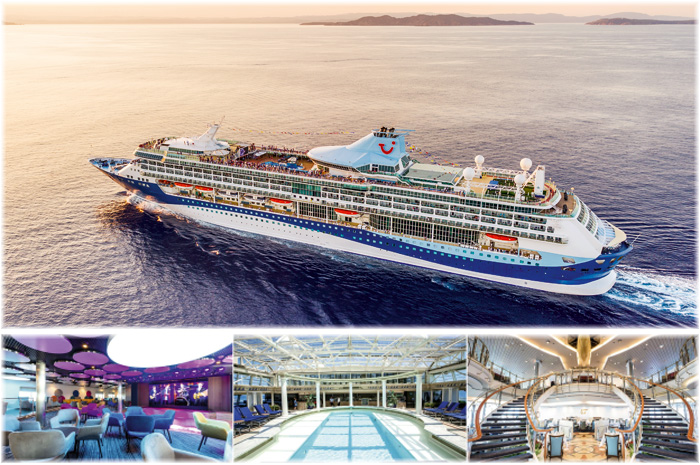 A choice of 7- and 14-night fly/cruise options from five UK airports went on sale in the UK and Ireland last week, with ports to include Charleston, Norfolk and Fort Lauderdale.

The ship will also visit Amber Cove in the Dominican Republic, Grand Turk in the Turks and Caicos and Freeport, Bahamas. Destinations will include New York, the Bahamas, New Orleans, Tampa and Miami as part of a 12-night positioning voyage.

Cruise and stay packages will also be available at Orlando for Walt Disney World and Universal Orlando Resort.
The Marella Discovery will be the first “international” cruise ship to be based at Port Canaveral and her presence may even encourage American tourists to try out a British cruise line. 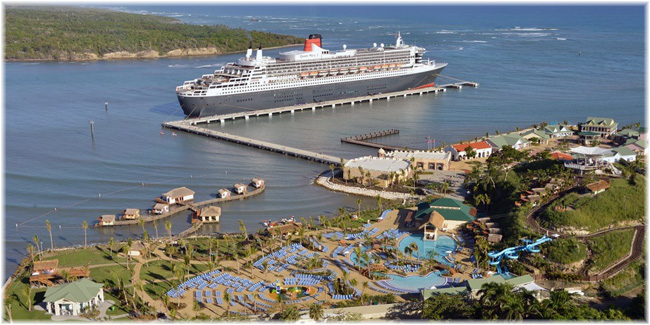 Two itineraries that have been released so far boast an overnight stay in New York City – and a lot of US ports that have not been served by a UK-based ship.

Chris Hackney, Managing Director of Cruise for TUI UK said: “We’re really excited to be setting sail from the USA, expanding our programme provides an opportunity for cruisers to sample the American Dream, and we’ve ensured there really is something for everyone. “Whether that’s a visit to Walt Disney World in Florida, an evening in New York, authentic jazz music in New Orleans or a roller-coaster in Busch Gardens.
“Offering our customers more choice and flexibility is at the heart of what we do, which is why customers will also benefit from regional flights from five airports in the UK.”

French container line CMA CGM is in the course of reintroducing passenger service to the Europe-Australia route with the 10-passenger CMA CGM Rhone and three 4-passenger ships (with two Owners Cabins each), the APL Danube, APL Detroit and APL Phoenix, from APL. The CMA CGM Rhone offers five Double cabins and a swimming pool, and carries a maximum of 10 passengers.

These ships are now entering the Europe-Australia route from London via Suez to Australia, in what is called the North Europe Mediterranean Oceania Express (Nemo) Line. The full round voyage is 97 days and initial sailing dates are as follows: 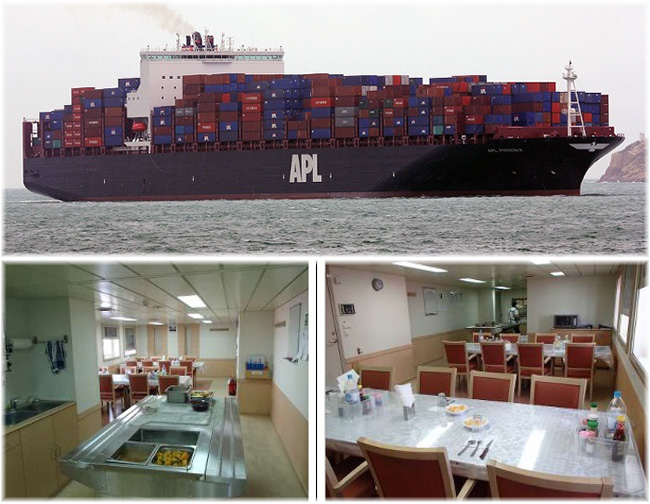 Fares for voyages of 20 days and more are €150 per person per day in double occupancy and €20 extra for sole use of a cabin.