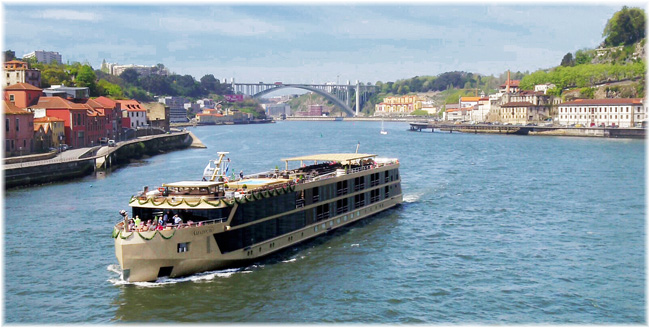 River Cruise Europe (RCE) was launched as a standalone section of Cruise Europe during Seatrade Hamburg in September 2019. It has its own vision, mission and key objectives.

Jens Skrede, managing director CE, explains how it came about: “Due to the rapid growth of the river cruise industry, some of our port members saw that there were similar issues for the ocean cruise and the river cruise ports. Amsterdam is one of the ports where this became very evident.”

Monic van der Heyden, commercial manager cruise Port of Amsterdam, asked CE to consider the idea of a river specific section during Seatrade Cruise Global 2018 in Ft Lauderdale. “River cruise ports see the need for a forum to meet and discuss issues related to the river cruises. Many of our European members currently cater for both sea cruises and river cruises and, in many ports, they overlap.”

A month later, in April 2018, a river cruise committee was appointed which went on to present a feasibility study to the CE AGM in March this year which was then approved. The RCE group consists of Monic van der Heyden, Veit Hürdler (Bremerhaven), Valerie Conan ( Le Havre) and Helena Gomes Fernandes (Porto).

There are currently 20 members, of which 10 are dual members (ocean and river), four are river cruise lines, and the balance a mix of tour operators, insurance brokers and other suppliers.

Skrede says the section has met with a great deal of interest: “We have requests from more potential members and expect to increase the membership considerably in 2020.” Explaining: “The financial investment to become a member of this community is low, as we expect an in-kind contribution from our members. This could be a contribution in the form of opinions, knowledge, education or hosting a River Cruise Europe event.”

RCE held its first members meeting in Amsterdam on November 21. Twenty-five members were present in what was a very promising first workshop.

Honorary RCE member and industry legend, Professor Gerhard Scoff, opened the members meeting. He said that the river cruise industry is like a family, in which he is proud to be involved. He outlined some of the challenges the industry is facing, and also pointed to its huge potential with many new vessels coming into the market each year.

RCE committee members Van der Heyden and Hürdler then did introductory presentations, and challenged the members to come up with topics that RCE should discuss over the next months.

The three main topics that were selected are:

Three working groups with a “captain” were established, with each being given one designated topic to work on and take to the next RCE meeting for further discussions.

Skrede rounded up the day and invited all RCE members to the 2020 Cruise Europe Conference in Edinburgh.

A standalone website – https://river-cruise-europe.eu – is already up and running.