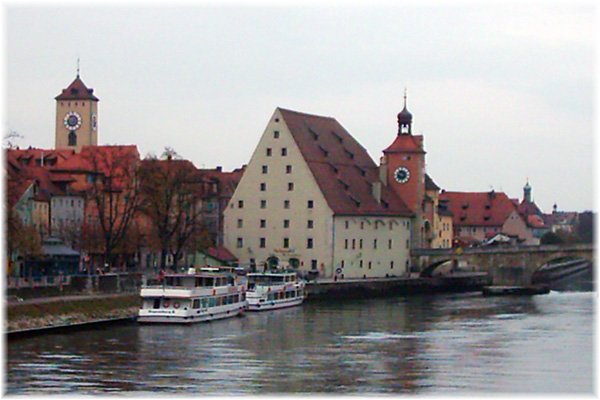 Mickela Mallozzi is the host and executive producer of the four-time Emmy Award-winning show “Bare Feet with Mickela Mallozzi.” The PBS series chronicles Mallozzi’s experiences as she travels the world, immersing herself in local folk dance and music traditions, as well as other elements of local culture. In three seasons, featured destinations have ranged from South Korea, Vienna and Argentina, to Scotland, Uzbekistan and Nashville. A dancer since the age of three (and piano player since age five), Mallozzi attended NYU and studied abroad in both Rome and Florence.

The two Tauck departures with Mallozzi will highlight local dance traditions along the Danube, with lighthearted and entertaining interactive performances and workshops. There will be no mandatory activities, according to Mallozzi, and guests will be free to enjoy from the sidelines or participate as they please. “It’s all about celebrating local dance traditions in a fun, approachable way,” she explained. “Anyone with even the slightest interest in dance and local culture will enjoy the cruise!”

AN “IMPERIAL EVENING” IN VIENNA
Mallozzi will be joining the April 22nd “Danube Reflections” sailing from Regensburg to Vienna, and the October 14th sailing from Vienna to Regensburg. Along the way, guests will enjoy an “Imperial Evening” with dinner and classical music performances in a private Viennese palace, a walking tour in picturesque Durnstein, a choice of exploring Passau (Germany) or Chesky Krumlov (Czech Republic), as well as visits to castles, palaces, abbeys and cathedrals.

Included in the price (from $3,990 USD/$5,180 CAD, plus airfare) are all shore excursions, all gratuities, all onboard beverages (adult and otherwise), all performances and other activities, shore excursions, luggage handling and much more.