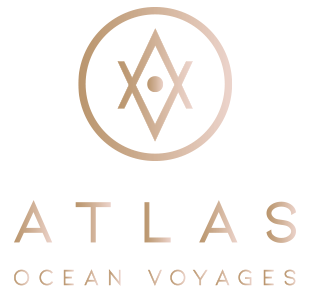 Small is the new ‘big’ and Atlas Ocean Voyages will bring big adventures from its small and understated elegant ship, World Navigator, when launched on July 17, 2021.

World Navigator will call at a total of 66 unique destinations, where guests can choose from an expansive range of soon-to-be-announced, heart-pounding and marquee shoreside experiences. To mark its inaugural deployment milestone, Atlas Ocean Voyages is offering Travel Advisors an additional three percent bonus commission for a total of 15 percent.

Travelers also will enjoy early-booking savings up to $2,000 per stateroom or suite, 50-percent-reduced deposit, as well as an additional five percent savings for sailing consecutive voyages.

“World Navigator, our all-inclusive, small ship for just under 200 guests, will deliver big adventures when she launches in 2021 – making Small as the New Big,” said Alberto Aliberti, President of Atlas Ocean Voyages. “Guests will be able to select some of Europe’s most thrilling and unique shoreside experiences and return to share their day’s exploits with other like-spirited travelers in lively venues on World Navigator. Throughout, every member of our exceptional staff and crew will deliver engaging and personal service to every guest, one of the hallmarks of our distinctive Luxe-Adventure product.”

World Navigator embarks on her inaugural voyage on July 17, 2021, departing from Valletta, Malta, to Athens (Piraeus), Greece. The special 11-night, Greek Isles itinerary, features some of the best destinations where small ships call. Inaugural voyage guests will visit Zakynthos, Olympia (Katakolon), Elafonisos, Chania, Sitia, Lindos (Rhodes) and Mykonos/Delos, Greece, as well as Noto (Syracuse), Italy; and Ephesus (Kusadasi), Turkey. World Navigator’s inaugural voyage will deliver the first taste of the distinctive line-up of adventures, for which Atlas will be known.

Early Booking Savings and Bonus Inaugural Commission
For being among the first to secure their suite or stateroom during World Navigator’s inaugural season, adventurers and the adventurous-at-heart can immediately enjoy $1,000 savings per guest per voyage in World Navigator’s Journey Suites, Discovery Suites and Navigator Suite; $500 per guest in Explorer-, Horizon-, and Veranda-category staterooms; and $200 per guest in Adventure staterooms. Atlas Ocean Voyages also is reducing its standard deposit by 50 percent for all bookings and adding a five percent bonus savings for travelers who book two consecutive itineraries.

“Atlas Ocean Voyages is offering a three percent inaugural bonus commission, on top of our standard 12, for an elevated commission total of 15 percent,” said Brandon Townsley, Vice President of Sales and Trade Partnerships. “We greatly appreciate Travel Advisors for their indispensable role in creating unforgettable, personalized, and exciting vacations. Small is the new Big, and our small and understated elegant World Navigator will deliver big returns for our travel advisor partners.”

The inaugural savings and bonus commission offers are combinable and applicable for all new bookings made from January 2 through March 31, 2020, aboard all inaugural deployment sailings. Fares are based on double occupancy; applicable for first and second berths; and subject to availability.

Black Sea Rediscovery
World Navigator will sail two Black Sea itineraries that deliver the colors of this historic crucible of trade for Europe, Eurasia, and the Middle East. The July 28, 2021, seven-night voyage from Athens (Piraeus) transits the Dardanelles and Bosporus straits and will call at Ephesus (Kusadasi); Nessebar, Bulgaria; and Bucharest (Constanta), Romania. The voyage concludes with two consecutive overnights in Odessa, Ukraine, known for its beaches and 19th-century architecture. However, guests also can launch into unconventional adventures, such as an optional and spine-tingling, two-day overland tour to the infamous and other-worldly Chernobyl Exclusion Zone.

The following nine-night voyage, departing August 4, circumnavigates the Black Sea for a more in-depth exploration of the region, with calls at Novorossiysk, Russia – from where guests have the option to visit Moscow; Batumi, Georgia; and Sinop and Amasra, Turkey. The voyage features an overnight in Sochi, Russia and also concludes with an overnight in Istanbul, Turkey. Travelers with more time can combine both voyages into an extended, 16-night Black Sea odyssey.

Heritage and Traditions of the Holy Lands
First timers and returning guests will discover and rediscover the ancient crossroads of civilization when sailing aboard one of World Navigator’s three Holy Lands voyages. All itineraries feature overnights in Jerusalem (Haifa) and Masada (Ashdod), more combined overnights in Israel than traditional cruise itineraries. With four nights, guests can experience both Jerusalem and the must-see highlights of the region, as well as join in an optional adventure experience such as an overnight at a kibbutz, a Bedouin camp, and even the historic archeological site of Petra in Jordan.

Autumn on the Italian, French and Spanish Rivieras
World Navigator will sail two seven-night Mediterranean voyages, departing September 18 and September 25, when the climate is perfect and fewer visitors crowd the streets. The first itinerary focuses on Southern Italy and sails from Athens (Piraeus) to Rome (Civitavecchia). Guests will transit and wonder at the claustrophobic narrows of the Corinth Canal and call at Delphi (Itea) and Olympia (Katakolon), Greece; and Taormina Etna (Naxos), Paestum (Agropoli), Ravello (Amalfi), Positano, and Naples/Pompeii, Italy. The second itinerary sails from Rome to Lisbon, Portugal, calling at Florence (Livorno), Italy; Marseilles, France; Barcelona, Valencia and Malaga, Spain; and Gibraltar, U.K.

Atlas Ocean Voyages is an all-inclusive casually elegant cruise brand that will deliver authentic, thrilling, and once-in-a-lifetime, Luxe-AdventureSM experiences in the world’s most sought-after and remote destinations. Like-spirited travelers will find their community aboard Atlas Ocean Voyages’ first ship, World Navigator, which offers 98 suites and staterooms, all with an ocean view and most with a private veranda, and features welcoming and lively venues for guests to come together and share their day’s exploits. Atlas Ocean Voyages always includes luxe accommodations, gratuities, meals and snacks, alcoholic and non-alcoholic beverages, and one or more free shore excursions. World Navigator is among the first new Portuguese-built and flagged cruise ships in more than 50 years and employ the latest sustainability technologies to help preserve the breathtaking locales and waters they ply for future generations to also enjoy.