The CLIA Annual State of the Industry message forecasts 32 million cruise passengers for 2020 and a fleet of 278 ocean ships. Other news includes a new Empress for the St Lawrence and the final unfortunate demise of One Ocean Expeditions.

The Cruise Lines International Association (CLIA) has released its 2020 State of the Cruise Industry report. 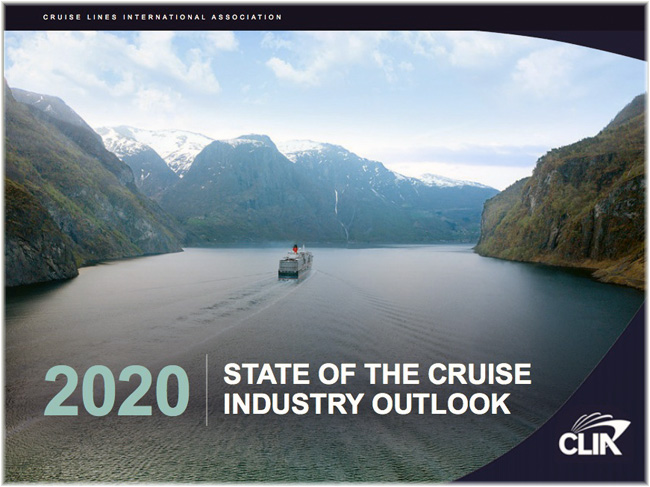 It found that cruising had increased its worldwide economic impact in 2018, supporting 1.18 million jobs. This equated to $50.2 billion in wages and salaries, and $150 billion of output worldwide.

Industry growth also impacted upon cruise destinations, as passengers spent an average of $376 in port cities before boarding a cruise and $101 in each port visited during their cruise.

Accompanying the recent economic growth has been a greater commitment to responsible tourism practices. The industry has invested US$22 billion in the development of new energy efficient technologies to progress towards the goal of reducing its rate of carbon emissions by 40% in 2030 compared to 2008.

As a result, 44% of newbuilding capacity will rely on LNG for primary propulsion and will be able to take advantage of shoreside power. 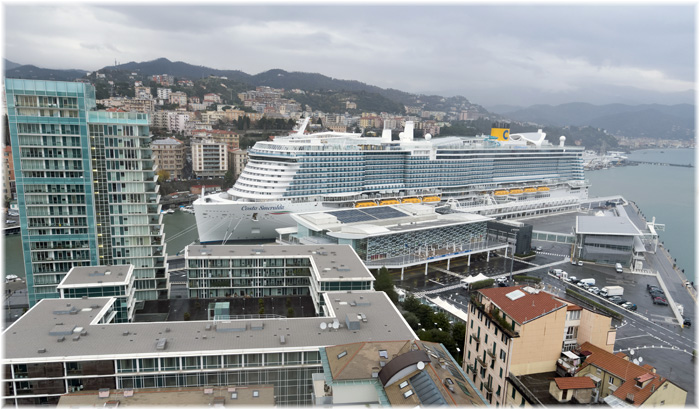 The cruise industry has also fostered a greater level of cooperation with destinations. Cruise lines have worked with local government to manage the flow of visitors at each port, introducing initiatives to stagger arrivals and departures, diversify excursions and increase passenger spending.

These practices will become increasingly important, with 32 million passengers expected to sail in 2020. To meet this demand, CLIA cruise lines are scheduled to debut 19 new ocean ships next year, bringing the total number of CLIA cruise line ocean ships in operation to 278.

A New Empress For Montreal

The first Empress ships appeared in the Pacific in 1891 and they made their way to the AtlantIc Fifteen year later.

The most famous Empress of all was the Empress of Britain of 1930, which performed World Cruises every winter.

With Cuba sailings no longer an option, Royal Caribbean International has begun offering new itineraries that will take Empress of the Seas to new ports.

The Empress will offer guests the opportunity to see “the seaside lights and historic sights” of Canada and New England with more to see from Montreal to Newport.

In addition, she will offer longer stays in Bermuda with  overnight stays in St. George’s Island and Hamilton. Plus 6, 7 and 8 night Caribbean itineraries from Miami.

Beginning in May 2020, Empress of the Seas will offer sailings out of Cape Liberty, New Jersey to destinations in Bermuda, New England and Canada.

Royal Caribbean’s Empress Of The Seas Arrives in Miami

Later in 2020, Empress moves to Montreal, where she will offer 10, 11 and 12- night sailings around Quebec, Nova Scotia and Newfoundland. In September, Empress will offer four round trip cruises out of Montreal, as she will in 2021, before heading south to Miami again.

The last Empress to cruise from Montreal and New York was Canadian Pacific’s Empress of Canada, built in 1961 and retired in 1971 before being sold to Carnival Cruise Lines and renamed her as the first Mardi Gras.

The Canadian-based One Ocean Expeditions gained notoriety as a participant in the 2014 Victoria Strait Expedition, which resulted in finding the long-lost HMS Erebus, one of Sir John Franklin’s Northwest Passage exploration ships.

After months of uncertainty, cancelled cruises and passengers owed thousands of dollars, One Ocean Expeditions (OOE) has finally entered administration.

The company has finally succumbed to a series of trials since this spring, when the Institute of Oceanology of the Russian Academy of Sciences withdrew the Akademik Ioffe and Akademik Sergey Vavilov from their charters with One Ocean in an agreement dating back to 2011.

Meanwhile, their third ship, the 146-berth RCGS Resolute, was laid up in Buenos Aires, her cruises cancelled amidst stories of unpaid wages, no cash for fuel and unrefunded passenger fares.

Both The Russian ships were recalled to behind the “new” iron curtain. Now laid up in Kaliningrad, the western legal system cannot reach them to make a claim, although there are two bouts of arbitration under way in London.