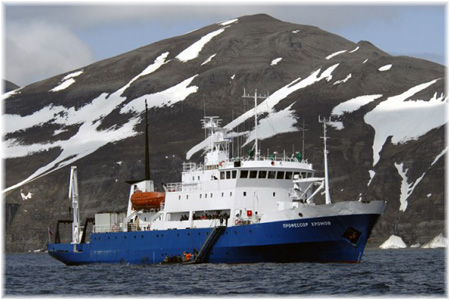 Last year acclaimed author, scientist, explorer and 2017 Australian of the Year, Tim Flannery joined the voyage and described it as “real pioneering zoology”.

Taking in numerous remote, little-known volcanic islands, ‘Indonesian Explorer’ showcases the region’s rich concentration of flora and fauna, its pristine jungles and beaches, and tropical waters teeming with exotic sea life and spectacular corals. Botanists, bird enthusiasts and nature lovers will have a multitude of opportunities to spot once-in-a-lifetime species including up to 10 species of Bird of Paradise and experience rare wildlife encounters, with highlights including swimming with thousands of stingless jelly fish off Misool Island, and with the gentle whale sharks in Kwatisore Bay in the Cenderawasih Marine Park.

Each of the islands is bursting with different attractions. On Kofiau, passengers may snorkel and explore the verdant rainforest in search of endemic birds, such as the Kofiau paradise kingfisher and the Kofiau monarch, as well as the Kofiau green-tree python and the red bird-of-paradise.

Raja Ampat comprises 1500 tiny islands covered in lush jungle, surrounded by turquoise seas, which form part of the Coral Triangle, one of the most biodiverse marine habitats on Earth. As Indonesia’s least developed, easternmost islands, they provide a bounty of rainbow corals, shoals of fish, interesting limestone formations and exotic birdlife for visitors to enjoy.

Moving on to West Papua, passengers have the chance to trek into the lush rolling hills and tropical rainforest of the Arfak Mountains, and to take a zodiac cruise along the Mambero, considered to be the Amazon of the South Pacific, which boasts a plethora of wildlife as well as a number of indigenous tribes who are largely cut off from the rest of the world.

Visitors return in awe of the beauty of this Melanesian paradise, having also learned about the Papuan culture through distinctive handicrafts, artwork and dance displays, travelling on local buses and traditional longboats and meeting local people throughout the journey.

The 14-day Indonesian Explorer cruise departs Sorong on 28th September 2020 and concludes in Madang, dubbed the prettiest town in the South Pacific. Prices start from US$6995 per person based on a triple-share cabin and include all meals on board, zodiac cruises and return transfers to/from the ship to local hotel accommodation or the airport.