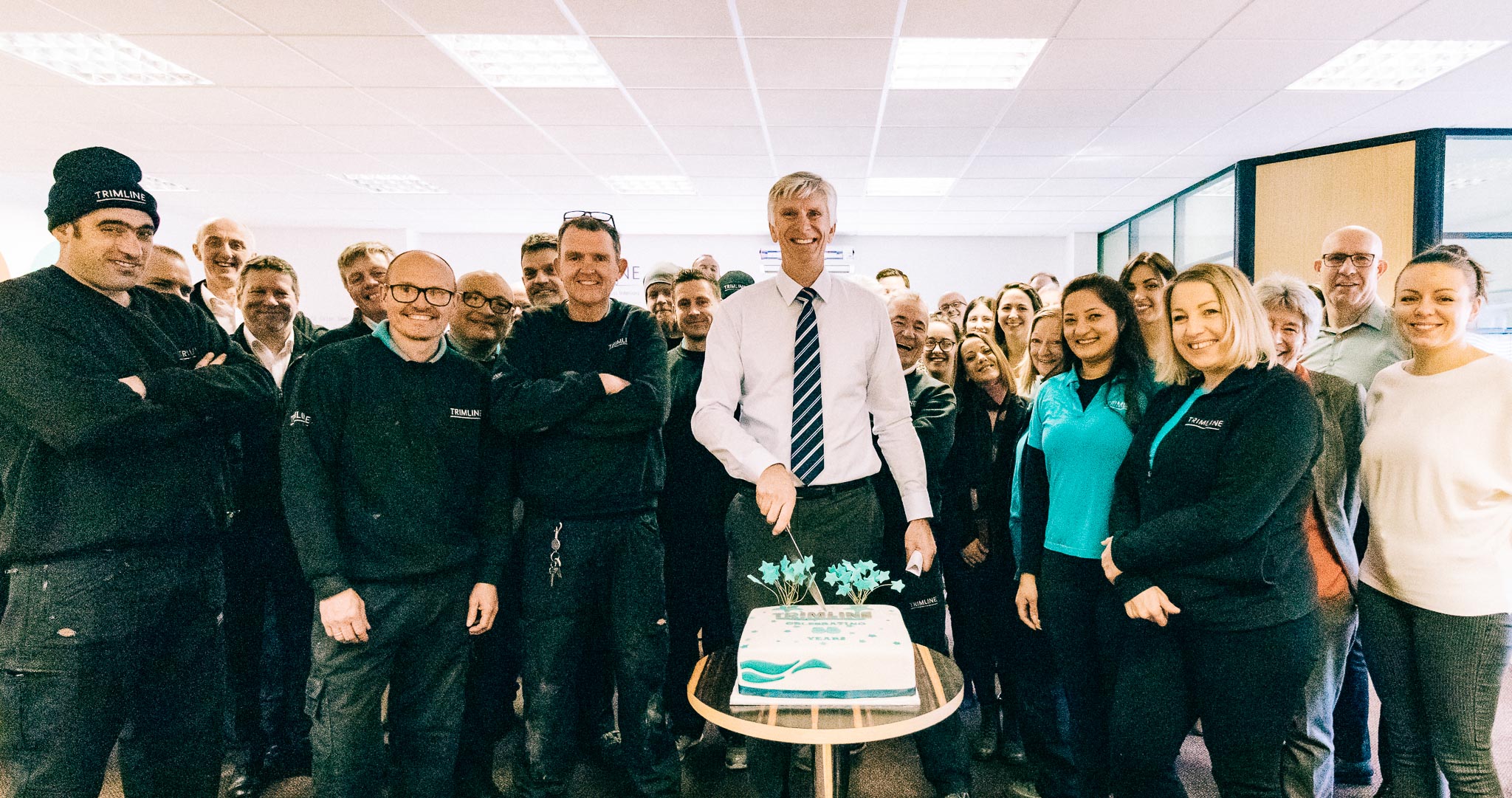 When founder Reg Oliver was made redundant in 1965, he was gifted a sewing machine by his ex-employer. While some may have been down-heartened, Oliver saw this as an opportunity to build a better future for his young family at the time.

Reg had a background in ‘trimming’, an upholstery practice he’d used during his time working for the railway. So, armed with this knowledge he set up Trimline and offered upholstering services to the local marine market.

By the 1980s the company had expanded to offering full interior refits for cruise ships, ferries and defence vessels.

It was at this time that Reg’s sons Mike and Gary Oliver joined the business, carrying out their apprenticeships on the shop floor and learning the business from the ground up.

By the time Reg retired in the early 1990s, Gary had become Managing Director and Mike was heading up the Sales department.

Now Chairman, Gary told us “I have often been asked how have we done it? The answer is not a simple one, but the top three would be:

– Listen very carefully to what your customers tell you and really get to know them. From building a specification to finding out what they are planning next, find out what they are thinking. Remember it is they that control your world.
– Do not remove all the profits from the business. Save enough for a rainy day or even a recession.
– Employ, and try your best to retain, really good people who are smarter than you are. The ego has no place in business.”

Last week, Barry Hurst celebrated his 40-year work anniversary. Reflecting on his time at Trimline, Barry said “I joined Trimline in 1980 so I have seen a lot of changes during my 40 years working here. The industry has changed, and we have changed with it, but the one consistent is the people here. Trimline is such a great team to work with and I’m still enjoying it”

Trimline is delighted to have partnered with TUI Cruises to undertake the interior refit of Mein Schiff 4 in Marseille, France. As the main interior contractor onboard, the refit is progressing well and we are slightly ahead of the project programme which includes us carrying out the following extensive works: