This week we look at how the coronavirus is continuing to affect cruise shipping, and particularly one ship berthed at Yokohama. On a more upbeat note we look at Regent Seven Seas’ new 750-berth Splendor of the Seas. And take a quick glance at the first World Cruises to call in Antarctica, back in 1999-2000.

Some 78 British citizens (passengers and crew) on the London-registered 2,760-berth Diamond Princess, where 454 have now tested positive for coronavirus, remain hopeful that the UK Government will soon evacuate them. The Americans have already evacuated 340 of their own nationals and Australia, Canada and Hong Kong have said they will follow step beginning this week. 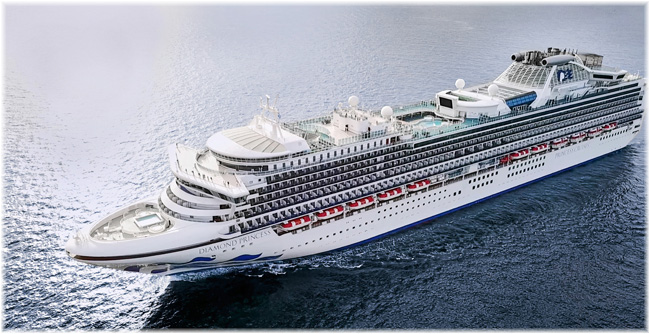 Japan confirmed yesterday that the number of people on board infected with the coronavirus was 355, up by 70 in the past 24 hours. Today, this has risen by 99 to 454.

On Friday, the US embassy in Tokyo told citizens on board that two chartered planes would arrive in Japan, recommending that its citizens disembark and return home.

The Americans are expected to undergo a further quarantine of 14 days upon arrival at US military bases in California and in Texas. A UK Foreign & Commonwealth Office spokesman said: “We are urgently speaking to authorities in Japan and the UK. We are working around the clock to ensure the welfare of the British nationals on board.”

According to Japanese health officials, those on board who tested positive for the virus have been transferred to hospitals.

Some 3,700 people were on board the Diamond Princess when she went into quarantine at the Port of Yokohama on February 3. And it was revealed yesterday that fourteen of the Americans included in yesterday’s evacuation had contracted and recovered from the virus.

In the meantime, the British cruise ship has become the biggest hub for the new virus outside Wuhan. Future cruise schedules of the Japanese-built Yokohama-based ship are tentatively scheduled to recommence on April 29th or at least cruise departures up to that date have all been cancelled.

Regent Seven Seas Cruises has taken delivery of its newest ship, the Seven Seas Splendor. Completed by the Fincantieri shipyard in Ancona, she is Regent’s fifth ship. 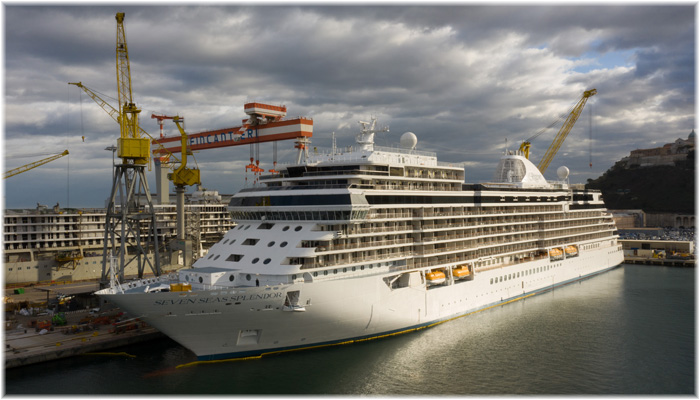 At 55,254 tons and 735 feet long, Seven Seas Splendor carries 750 guests and 551 crewmembers. The vessel’s suites range from 307 to 4,443 sq ft, and public areas include five restaurants and three bars. The vessel features a $5 million art collection, more than 500 crystal chandeliers and over an acre of Italian marble.

Jason Montague, president and chief executive of Regent Seven Seas Cruises, said: “Luxury travellers have anticipated this stunning new ship for more than two years. The day she opened for reservations was the busiest booking day in our company’s history.”

Capt. Serena Melani, the first female captain to take charge of a brand-new ocean cruise ship, will lead Seven Seas Splendor on her first official voyage which departed on February 6, 2020 from Barcelona, headed for Miami. The ship will be christened on February 21, 2020 by her Godmother, the supermodel and actress Christie Brinkley, in the Port of Miami.

From Francesco Contini, executive vice-president of Antarctica 21, comes a recent note on world cruises calling on Antarctica. His expert memory pointed out two cruises that Silversea’s research experts had missed when researching its “fake news” press release on the Silver Wind. 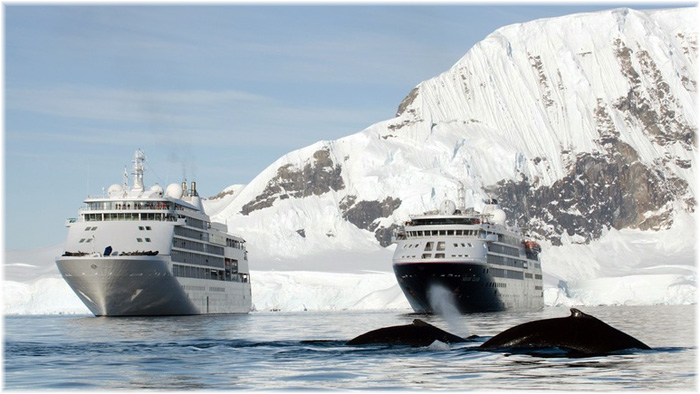 In fact, we can go back twenty years to find the real record-holders – two ships in one Antarctic season.

The first was the 756-berth Ocean Explorer I, operated by the World Cruise Company, while the second was the 576-berth Aegean I, operated by affiliate Marine Expeditions. 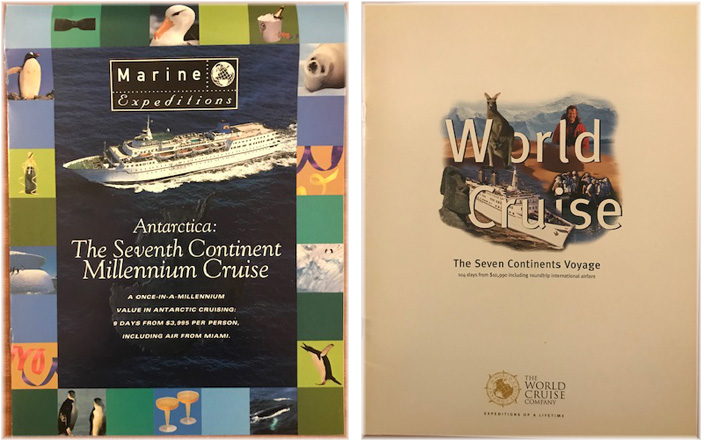 The switch to a smaller ship had been necessary when the World Cruise Company realised what a heavy fuel-burner the Ocean Explorer I was. A former heavy-hulled troopship, she spent many years on the Miami-Nassau route, where much of her time was spent tied up at to sunny docks in the Bahamas.

Indeed with the rise in furl costs, Ocean Explorer I’s fuel bill had gone up by $1 million per world cruise.

So Silver Whisper is not the first ship to visit Antarctica on a world cruise by any means.

She was actually the third, as the World Cruise Co and Marine Expeditions had got there first with the Aegean 1 and Ocean Explorer 1, in 1999/2000.