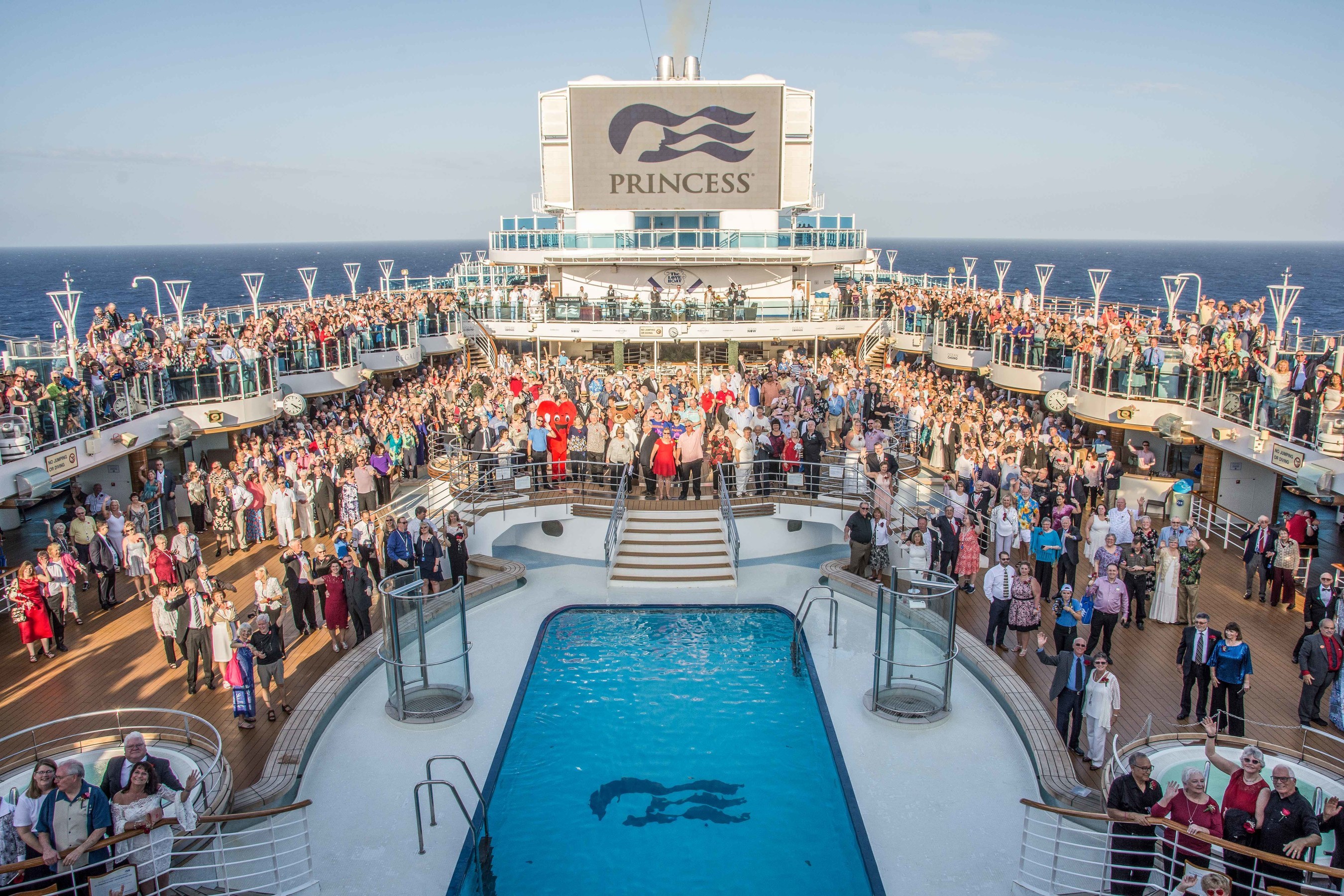 Princess Cruises, the international premium cruise line known for its legacy of romance and co-starring role on the hit TV show “The Love Boat,” set the GUINNESS WORLD RECORDS title for the largest multi-location vow renewal after 1,443 couples reaffirmed their love for one another during simultaneous ceremonies onboard three ships.

The record-breaking mass renewal of vows ceremonies took place on the top decks of Regal Princess, Royal Princess and Crown Princess, on February 11, 2020, with three official GUINNESS WORLD RECORDS Adjudicators on each ship to verify the record. The previous record was 1,201 couples, set in Kalamazoo, Michigan.

“A record-setting accomplishment has to be measurable, verifiable and have a single superlative,” explained Michael Empric, GUINNESS WORLD RECORDS Adjudicator onboard Regal Princess. “It’s always exciting being a part of a new official record, especially when it’s aboard ‘The Love Boat.’ You could feel the excitement and love in the air from all of the couples participating in this monumental moment with Princess.”