American Cruise Lines to Accelerate Expansion: 3 New Riverboats to Debut in the Next 20 Months 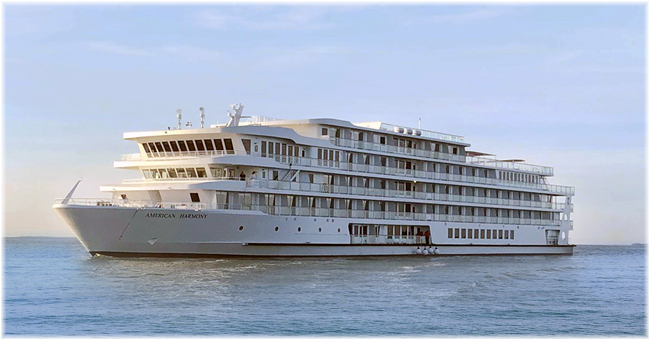 American Cruise Lines announced today that it will launch two additional modern riverboats for the 2021 season. Construction is already underway on the new riverboats and will ramp up as American Jazz, the Line’s 3rd modern riverboat, is readied for its 2020 debut in New Orleans.

The two riverboats coming next year will be sister ships to the American Harmony and American Jazz, but will feature new design elements that appeal to today’s discerning travelers. Further design enhancements will be unveiled later this year.

“These new ships show our continued commitment to leading the Mississippi River cruise market,” said Charles B. Robertson, President & CEO of American Cruise Lines. “The American fleet is already unrivaled and the new riverboats will allow us to continue to roll out innovative amenities that enhance guest experiences.”

All three new ships are being built at Chesapeake Shipbuilding in Salisbury, MD, an affiliate of American Cruise Lines.

American Cruise Lines has introduced 5 new ships since 2017, including new coastal ships, and will have 14 ships cruising in 2021. By expanding both its river and coastal fleet, American is able to offer an unprecedented number of itineraries across the country.