Yesterday, “USA Today” informed its readers that “the Centers for Disease Control and Prevention recommend that all people avoid travelling on cruise ships, not just the most at-risk for the coronavirus.” Never in peacetime has there been such a disruption of sea travel as is occurring right now, with announcements of wholesale global suspensions, port bans for cruise ships and travel bans for individuals of many nationalities.

On Wednesday, March 11, Viking Cruises announced that it would suspend operations until May 1. The majority of its fleet is European river boats still in winter lay-up, but its half dozen ocean ships have to be emptied and laid up for the duration.

Then on Thursday, Princess Cruises said it would suspend its global cruising operations for 60 days. The Princess fleet numbers 18 ships. Two of these, the 2.700-berth Diamond Princess and 2,600-berth Grand Princess, have experienced outbreaks of the coronavirus in recent weeks.

Then on Friday, CLIA cruise line members Carnival, Royal Caribbean, Norwegian and Celebrity plus MSC Cruises all announced they would suspend operations to and from US ports for 30 days due to the Coronavirus pandemic. 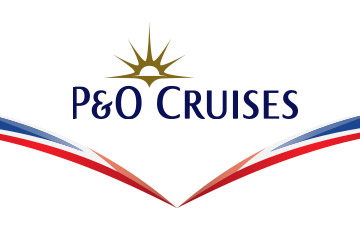 President Trump also tweeted on Friday that the cruise suspension came “at my request.”
“It is a great and important industry – it will be kept that way!” Trump wrote. Speaking from the White House Rose Garden Friday after declaring a national emergency due to the highly contagious virus, Trump had praise for the “great” cruise industry.

Close to 500 cruises and 1.2 million passengers will be affected by the suspension.

In all, the ban affects about 425 daily flights from Europe to the US and prevents anyone in Europe wanting to join a cruise ship in the US from getting there.

Some are exempted from the ban: US citizens and green card holders; members of the US armed forces, air and sea crew members; diplomats and other foreign government officials, and their spouses and children where applicable; plus foreigners travelling to the US at the invitation of the government for a purpose related to the containment of the virus.
Although in aid of trying to contain a viral pandemic, such heavy-handed and capricious travel bans make it impossible for cruise lines to book ships for North Americans wanting to cruise the Mediterranean and also Europeans wanting to see the Caribbean.

On Friday, March 13, 2020, the Canadian Government announced that due to the spread of Coronavirus, cruise ships would not be allowed to dock at Canadian ports from April 2 to July 1. The new policy applies to ships carrying at least 500 people, including passengers and crew.

In Northern and Arctic ports, the cruise ship season will be cancelled for the entire season, and there is no lower limit to ship size.

And the date of July 1 is at the earliest. Lines such as Cunard, Hurtigruten and Disney are all planning to base ships at Vancouver for round trip cruises to Alaska this summer.
One might expect that it would be easy to base a ship in Seattle instead of Vancouver but that is not possible for non-US flag ships unless they include a foreign port in their itinerary. 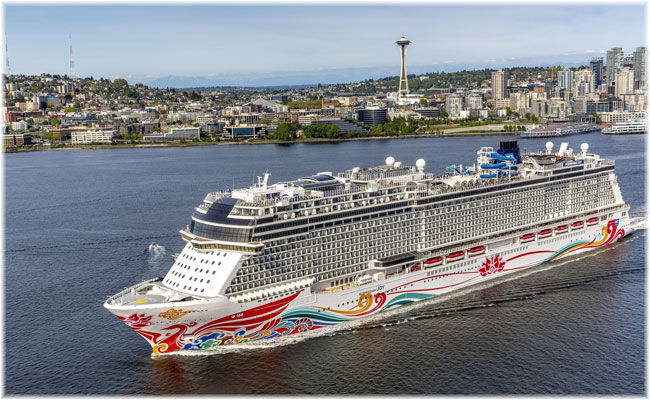 The closest foreign port to the north, other than Vancouver, is Victoria BC. In the other direction it is Ensenada, Mexico, about 1,300 nautical miles south of Seattle.

The usual foreign port for Alaska cruises is Victoria BC, which this year has scheduled about 300 ship arrivals, with 800,000 passengers. Now these ships are banned for April, May and June. When about 120 calls were scheduled for the time of the ban.

This would account for about 280,000 transit passengers. When we add in about 250,000 turn-around passengers that will be affected within the same period in Vancouver, the ban will affect more than half a million intending cruise passengers, mostly bound for Alaska.

US-flag vessels such as those operated by American Cruise Lines, American Dream Cruises, Lindblad Expeditions and UnCruise Adventures will still be able to operate in Alaska, but they fall below the 500-passengers-and-crew limit anyway.
And next up would be ships such as Windstar’s 320-berth Star Breeze, which could end up to be the largest cruise ship to call on Vancouver in May.

In the Canadian Arctic, however, there apparently will be no ship size limit, meaning that ships such as Hapag-Lloyd’s 230-berth Hanseatic Inspiration, Hurtigruten’s 550-berth Roald Amundsen and the new 184-berth Ponant ships, could be barred too.

Before Canada, cruise ship port bans had already been imposed in countries such as Malaysia, India and Dubai, joined last week by New Zealand and Australia.

Meanwhile, back in Miami, Virgin Voyages has postponed 2,700-berth Scarlet Lady’s inaugural season until July 15, delayed from April 1. The ship is now in Miami, where she arrived. 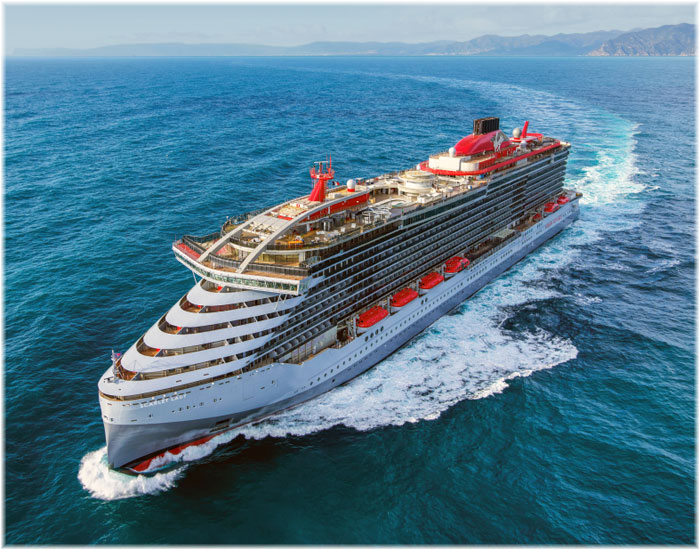 And to make a horrible week worse, it has been estimated that the cost to the cruise lines of the 30-day suspension, in the US alone, could be $2.3 billion.

Not only has Fred. Olsen Cruise Line’s 930-berth Braemar, reported that five people had tested positive for Coronavirus and are being flown back to the UK from Cuba. In addition to the five that tested positive, another twenty passengers and twenty crew members were being kept in isolation.

Finally, cases have now also been reported on ultra-luxury ships, from Silversea’s 388-berth Silver Shadow, with a 78-year old Canadian passenger affected, and 144-berth Silver Explorer, with an 83-year-old British passenger.
Both cases were moved to hospitals ashore, the first in Brazil and the second in Chile. No operating suspensions, no port bans, no travel bans were involved in their dramas. But both were medical disembarkations.