While Hurtigruten and SeaDream cast off for the Norwegian Fjords and the North Cape, to restart cruising after the world economy was hit so hard by the Coronavirus Pandemic, the UK’s Maritime and Coastguard Agency a week ago announced that it was detaining five of six ships operated by Cruise & Maritime Voyages. And this week guest reviewer Jennifer Holland PhD, reviews Christopher Wright’s new book Of Penguins and Polar Bars.

A message from one of our US cruise contacts today rings the following pithy comment: “A news story over here this morning says not to expect big ship cruising back till February 2021.”

Whether that comes true we will eventually see but so far cruise start-up have been delayed month after month until now CLIA is saying September 15. The bigger the ship, the bigger the problem it seems, when trying to put the larger ships back into service.

American Cruise Lines had hoped to operate the first cruise in the US since mid-March, with a June 20 exploration of the Columbia and Snake Rivers. The US-flag small-ship company planned to operate the cruise with the 184-berth American Song on the Columbia and Snake rivers in the Pacific Northwest. However, the voyage was cancelled the evening of June 18 after a last-minute change in Oregon’s reopening plan.

Meanwhile, in Europe, Hurtigruten’s Finnmarken left Bergen on June 16, with 250 Norwegian and Danish passengers on board. 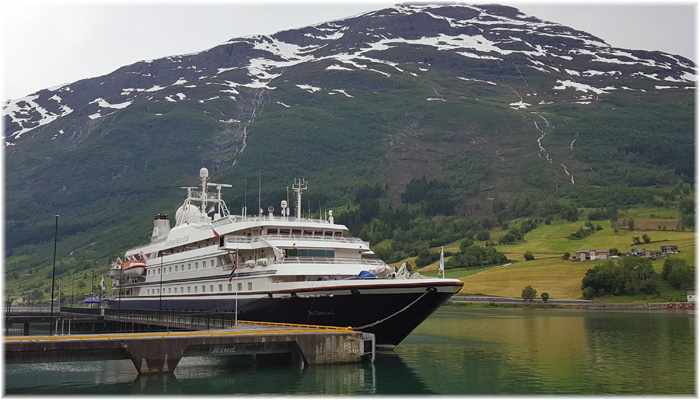 Also in Norway, SeaDream’s110-berth SeaDream I and II will both be dedicated to cruising the Norwegian fjords this summer.

Further south, in France, Ponant will be offering five cruises from French ports, starting this Saturday.

The following commentary originates from an unidentified Internet Maritime Forum and had been passed on to us by Fred Cherney, formerly of The Cruise People I Toronto.

The Astor, Astoria, Columbus, Marco Polo and Vasco da Gama were detained by the MCA due to issues relating to expired crew contracts and crew that had been aboard in some cases for over a year. The Magellan was also inspected and given 14 days to resolve a number of issues.

The situation being faced by the crew on the CMV vessels is the same as that being faced by crew on most other cruise ships. The difference is that CMV decided to keep its ships docked but the other cruise operators have moved their ships to offshore anchorages where the eagle eyes of the authorities cannot see what is going on. 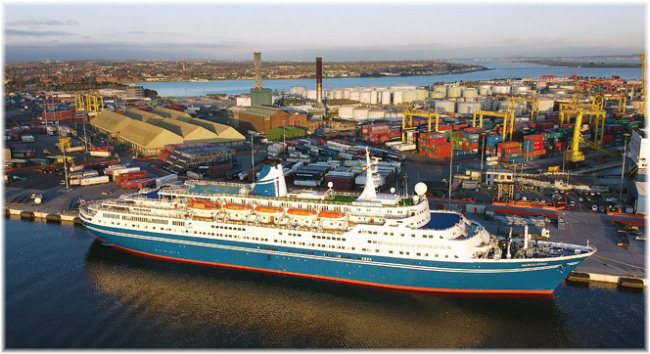 Most crews stranded on board CMV and other cruise ships are being paid until the end of their contracts. Afterwards they have to stay on board as “passengers”, unpaid but with free board and lodging, until such time as their repatriation can be arranged.

Getting crews home is the BIG challenge. Most ports have made it very difficult for crew changes to occur. The US made the cruise lines jump through hoops for many weeks before they allowed cruise lines to disembark selected crew in Miami. The cruise lines had to arrange ship gangway-to-aircraft gangway transport so that the crews basically did not touch US soil. Then there is the problem of airlift.

As most flights are cancelled cruise lines have had to charter aircraft.

Carnival Corp and Royal Caribbean and some other larger cruise lines have sent some crew home by transporting them on their own ships. Countries such as South Africa, Indonesia and the Philippines have allowed their citizens to disembark.

India will not allow them to return by ship, and only at the end of last week have they begun to allow crew to return by plane, although this has only been on a very limited basis involving active crews on cargo ships. That is why the Indian crews are still stuck on board so many cruise ships. Unfortunately India is the kind of country where each port/immigration official interprets the rules differently from the next.

There are other cases of similar such insanity, and it doesn’t help that regulations can change in a heartbeat. Carnival sent a ship loaded with crew to Mauritius. The company thought it had the understanding of local authorities that Mauritian could disembark. The ship was not allowed to dock in Port Louis and Carnival was informed that Mauritius was only accepting travellers at its airport, and even then, only if they arrive via Air Mauritius.

Air Mauritius has suspended all operations and gone into administration.

So what is a cruise line to do??

Few places stir the imagination like the icy tundra of the North or the stunning glacial seascapes of Antarctica. Truly the polar regions are the final frontier in cruise destinations, evoking the adventurer in all of us. For those interested in polar cruising, either as a tourist, tour operator, cruise marketer, seafarer, historian or even armchair traveller, this book is a must-read.

This book presents not only an incredibly detailed and comprehensive history of polar cruising, but also provides an excellent overview of the geography, wildlife, history and contemporary aspects of cruising to each region.

The book first provides an examination of the history of polar cruising, noting the first voyages to Antarctica, the Arctic, the North Pole, the Northern Sea Route and more. Details about voyage dates, ships, itineraries and photos provide incredible information not found elsewhere. The book then presents an overview of each cruise region, looking at Alaska, the Canadian Arctic, Greenland, Iceland, the Faroe Islands, Svalbard, Nordkapp, and extending to the Falklands, South Georgia and the South Sandwich Islands, Antarctica and the South Shetlands.

Each region is carefully discussed and provides a fascinating account and description. The statistical record this book provides is truly comprehensive, and provides an in-depth look at exactly which ships visited, when, how many passengers and overall how many visitors per year (where the data exists). 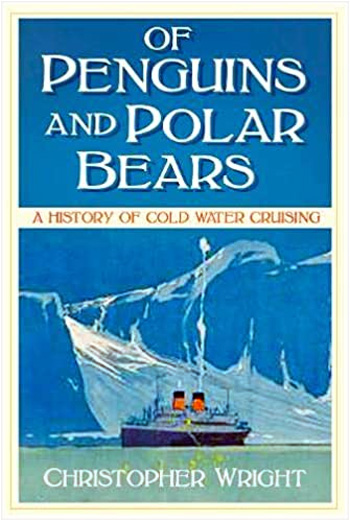 The new book ‘Of Penguins and Polar Bears: A History of Cold Water Cruising’

The book delivers a detailed examination of both the Northwest Passage and the Northern Sea Route, again providing rare information not easily found. The book also presents a comprehensive list of tour operators and detailed descriptions of all the vessels used in the various polar regions for cruising, providing itinerary information by expedition company and photos where possible.
Details on historical voyages are given, including cruise costs (with conversion to what it would cost today), stunning photos, cabin and class information to give the reader an inside look at this fascinating history.

The book not only offers a historical overview, but significantly, also examines contemporary cruising by examining the trend for increases in passenger numbers, recent tourist facility developments, challenges for tour operators and cruise lines, and navigating through the complex regulations. The latest developments are discussed, including the IMO Polar Code and move to greener shipping and how these may affect polar cruising.

There are several maps and stunning photos throughout to guide the reader. The book also provides a remarkable and detailed account of safety incidents in all polar regions, noting both historical and more recent events.

Finally, this also provides a unique account of how the “Land of the Midnight Sun” was given this name, and several quirky historical footnotes to make it a very interesting and enjoyable read.

(Dr Jennifer Holland recently completed her PhD at the University of Brighton. Her thesis explored tourists’ perceptions of risk in ocean cruising and provides practical implications for industry. Jennifer holds a BA (University of Alberta, 2000) and MTour (University of Otago, 2004), and has been involved in cruising and tourism for 17 years. She has worked for Royal Caribbean, Princess Cruises and Fairmont Hotels and Resorts, among others. Her research on risk in cruising has recently been featured on the BBC, CNA, and Skynews. email: jenniholland@outlook.com @jenniholland14