The first small cruise ship, with a capacity of 174 passengers, arrives to Dubrovnik 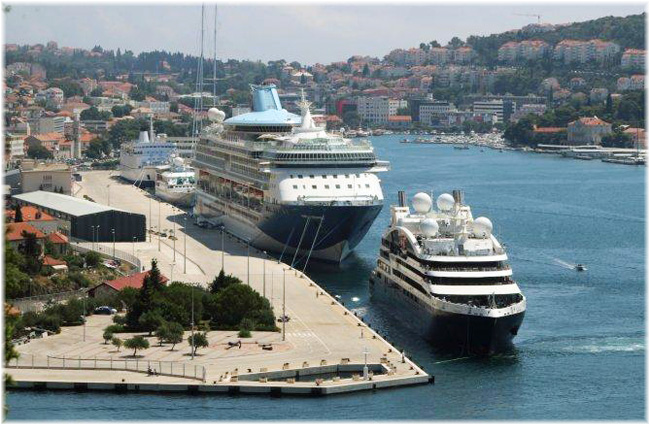 A smaller cruise ship “Le Champlain”, owned by the shipping company Ponant, with a capacity of 174 passengers, came to the port of Dubrovnik on 31st July 2020.

The ship will cruise through the Croatian part of the Adriatic, and passengers will come to our city via Dubrovnik Airport and will board the ship.

“Le Champlain” is named after the famous French explorer and navigator Samuel de Champalin, who crossed the Atlantic thirty times at the turn of the 16th to 17th centurie, founded the city of Quebec and the colony of New France on the North American coast. He is also remembered as a talented cartographer who mapped the Great Lakes and the west coast of the Atlantic Ocean.

Due to the fact that unloading and boarding will happen in Dubrovnik, Dubrovnik automatically became a homeport. The ship will sail to several ports in Croatia, among others: Mljet, Vis, Korcula, Komiza.

They will make a small cruise along our coast. Every Friday, one group of passengers will go and another will board, and there are 37 passengers on the second cruise. This will take place for 9 weeks, that is, until the last Friday in September. All services met, Customs, Captaincy, police, Port Authority, Port, agents, agencies – Dubrovnik went through everything so that we would not leave anything to chance.

Also, the Dubrovnik Port Authority monitors and respects all measures of the Croatian Institute of Public Health and coordinates everything with the on-duty services.