Last week saw the initial large ship cruise departure from Genoa, by MSC Cruises’ MSC Grandiosa, and recently announced plans could see ten large cruise ships operating in Europe by the end of September. Only one hiccup so far, when a family strayed (intentionally it seems) from their tour group and had to be prevented from boarding when they returned to the ship in Naples. Meanwhile, Genting Cruise, parent company of Crystal Cruises, has ben reported short of cash because of the effects of Covid-19.

Recently we have been updating readers on cruise re-opening operations, mainly in Europe, starting with small ships and then in august with the big ships.

By late September, all going well, we will be close to having ten big ships in operation again, three each from TUI Cruises and AIDA Cruises of Germany and two each from MSC cruises and Costa Cruises of Italy. Lines have been named in order of return to service.

As well as TUI Cruises out of north German ports, Hapag-Lloyd has successfully returned two of its smaller-to-mid-size ships to service 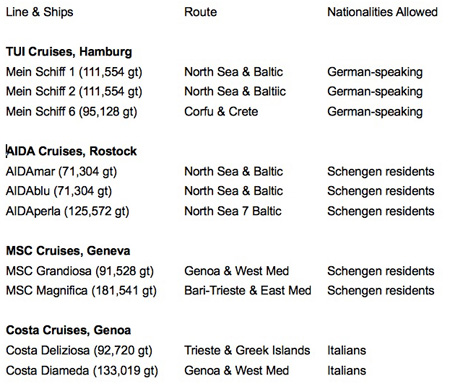 A family of three was barred from re-boarding their cruise last Wednesday after leaving their organised excursion to sightsee on their own, contrary to the ship’s anti-Covid regulations. 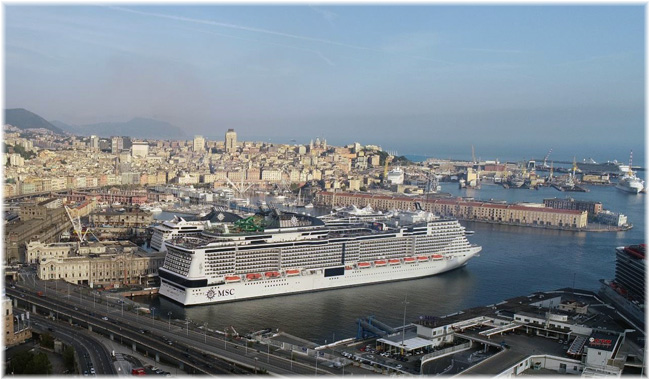 The Italian family had disembarked at Naples on an organised day trip to the nearby island of Capri – but then left the group and ventured forth on their own despite being told not to, MSC said.

The family was later refused entry back on the ship, and they were left behind at Naples.

“By departing from the organised shore excursion, this family broke from the safe ‘social bubble’ that MSC Cruises created for them to safely enjoy their visit ashore, and therefore could not be permitted to re-board the ship,” it said in a statement.

The MSC Grandiosa was the first major cruise line to take to the Mediterranean after Italy’s long coronavirus lockdown. It departed from Genoa on Sunday for a 7-night cruise, after being out of service for more than six months. 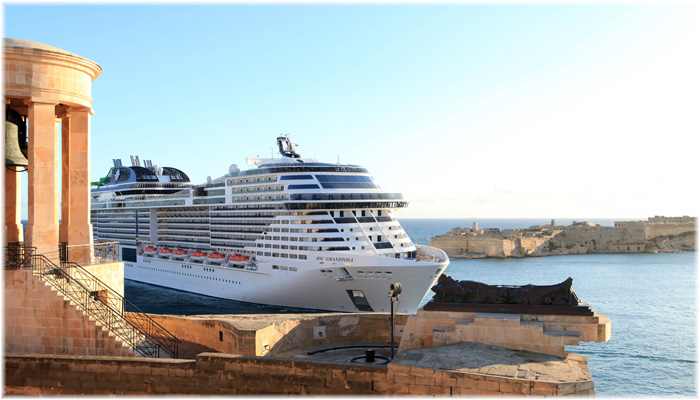 Its cruises are to sail at 70 percent passenger capacity, as part of a series of measures taken to reduce the risk of coronavirus infection on board, though company representatives said this particular voyage was at closer to 50 percent capacity.

MSC is taking a tough line as it tries to avoid the problems experienced by smaller cruise operator, Norway’s Hurtigruten, earlier this month, had dozens of passengers and crew test positive for Covid-19.

Genting Hong Kong Ltd said it will use its available funds to maintain critical services for the company’s operations and asked creditors to form a steering committee to evaluate a planned restructuring proposal, according to a statement to the Hong Kong stock exchange. The company owed a total of $3.4 billion as of July 31.

The firm blamed the cash crunch on the coronavirus pandemic and said the payment halt will likely result in default. Lim owned 69% of the Hong Kong unit’s shares as of April 3, according to Bloomberg. Malaysia’s casino-to-hospitality conglomerate Genting Bhd. and its units had previously imposed a first group-wide salary cut since its founding in 1965. 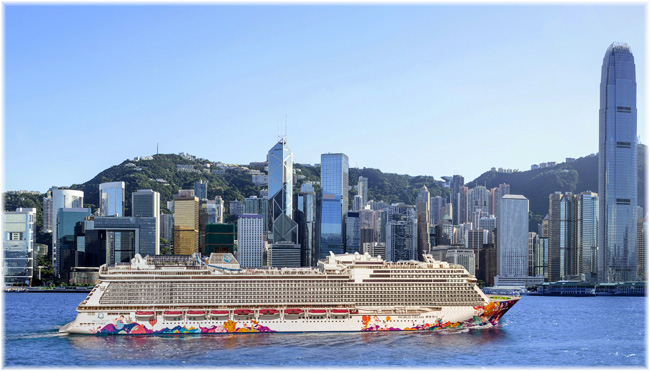 Genting Hong Kong shares were down 33% at 2:31 p.m. local time, after falling a record 36%. Genting Bhd shares were untraded due to a holiday in Malaysia. Genting Singapore fell 2.8%.

Citigroup Inc said in a note there had been “some reputational damage” to Genting group as chairman Lim is the common sponsor of Genting Hong Kong and other group companies. However, it doesn’t see cross-defaults for the group’s other firms.