Last week, Cunard Line announced that the Queen Elizabeth would sail from the Med to Australia at the end her 2021 Mediterranean season. Elsewhere, the US Vice President lead a joint conference call with the US Cruise Industry. Finally, the Costa Diadema was cleared of having had any cases of Covid-19 on board when it was determined that among her tests were a number of false positive results.

Cunard’s Queen Elizabeth is to return to service with a series of three- and four-night scenic voyages around the British Isles in March 2021. 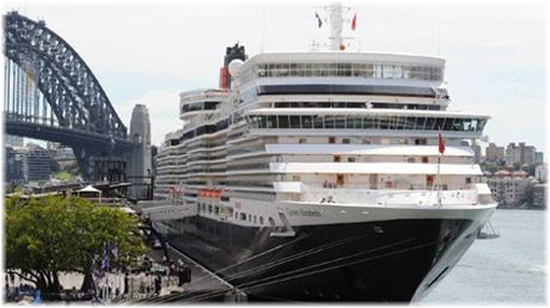 The new itineraries will be the first scenic voyages sailed by Cunard, cruising uninterrupted around the British coastlines. Queen Elizabeth will depart from Southampton and sail by sights such as the Isles of Scilly, the coast of Cornwall and Scotland’s Inner Hebrides.

The ship will move to the Mediterranean later in 2021, departing on a series of sailings from Barcelona, Spain, that will include a maiden call in Genoa, Italy. She will then sail to Australia through Asia at the end of the season, calling at destinations including Singapore and the Australian ports of Fremantle and Melbourne.

US Administration Call With Cruise Lines

On Friday November 9, US Vice President Mike Pence led a call with Centers for Disease Control and Prevention (CDC) Director Dr Robert Redfield; Department of Health and Human Services (HHS) Secretary Alex Azar; former Utah Governor and HHS Secretary Mike Leavitt of the Healthy Sail Panel; and executives of the cruise line industry to discuss the impacts of the Coronavirus on the cruise line industry and the maritime economy, the CDC’s No Sail Order, and the Cruise Lines International Association and Healthy Sail Panel’s proposal to resume sailing operations in a safe and responsible manner.

Vice President Pence gave a brief overview of the current state of the No Sail Order and highlighted the shared goal of reopening the maritime economy, with a focus on the cruise line industry safely sailing again. Pence thanked Governor Leavitt, Co-Chair of the Healthy Sail Panel, and the cruise line executives for conducting an industry-driven effort that focuses on the health outcomes.

Secretary Azar and CDC director Redfield touched on their commitment to the collaborative effort that produced the Healthy Sail Panel’s 74 recommendations, and the Federal government’s support of the industry to safely and responsibly sail again, but cautioned that the cruise industry would have to backstop their venture to resume operations.

Governor Leavitt provided an overview of how the Healthy Sail Panel approached their report and recommendations, and emphasized that the industry was driven by producing real solutions without economic restraints, which did not result in market participants competing on safety. Leavitt indicated that the output needed to be practical and prioritized safety. 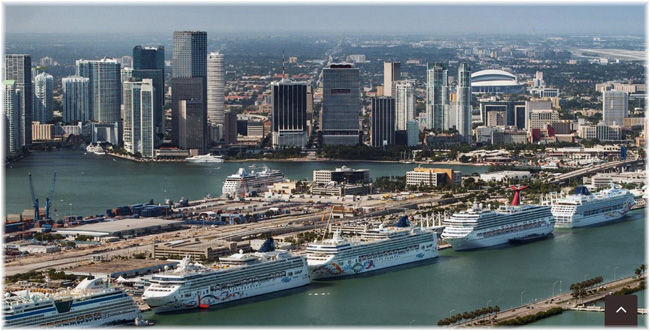 Industry executives thanked the Trump Administration for its collaborative approach and support, and stressed that this process and proposal introduces accountability and standards that will ensure cruise ship passengers are in a safe and healthy environment.

The proposal will be presented to the Task Force in order to provide a recommendation to President Donald Trump with regard to next steps on the CDC’s No Sail Order.

Other reports stated that while Vice President Pence was in favour of a 1st November restart, the CDC was holding to March 2021 and the cruise lines to early December, starting in stages.

In the heaviest US embarkation area, the State of Florida, 15,364 have died from the Covid-19 pandemic so far as of this weekend.

A Costa Cruises crew member on the Costa Diadema, was landed on September 27 in Genoa because he tested positive for Covid, according to the Italian News agency ANSA. 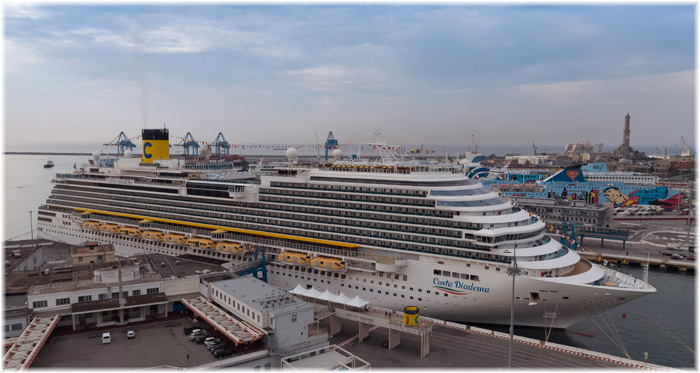 The cases were put down to false positive test results. The news agency reported that five other people, apparently crew members, who had been in contact with the crew member were also sent ashore.

The seafarer, of Indian nationality, had boarded the cruise ship a few days ago and had been placed in preventive isolation as required by the company’s procedures. During the mandatory screening, he tested positive although he was asymptomatic.

The Italian Border Health Unit took over the care of the crew members and accompanied him to a facility dedicated to COVID patients.