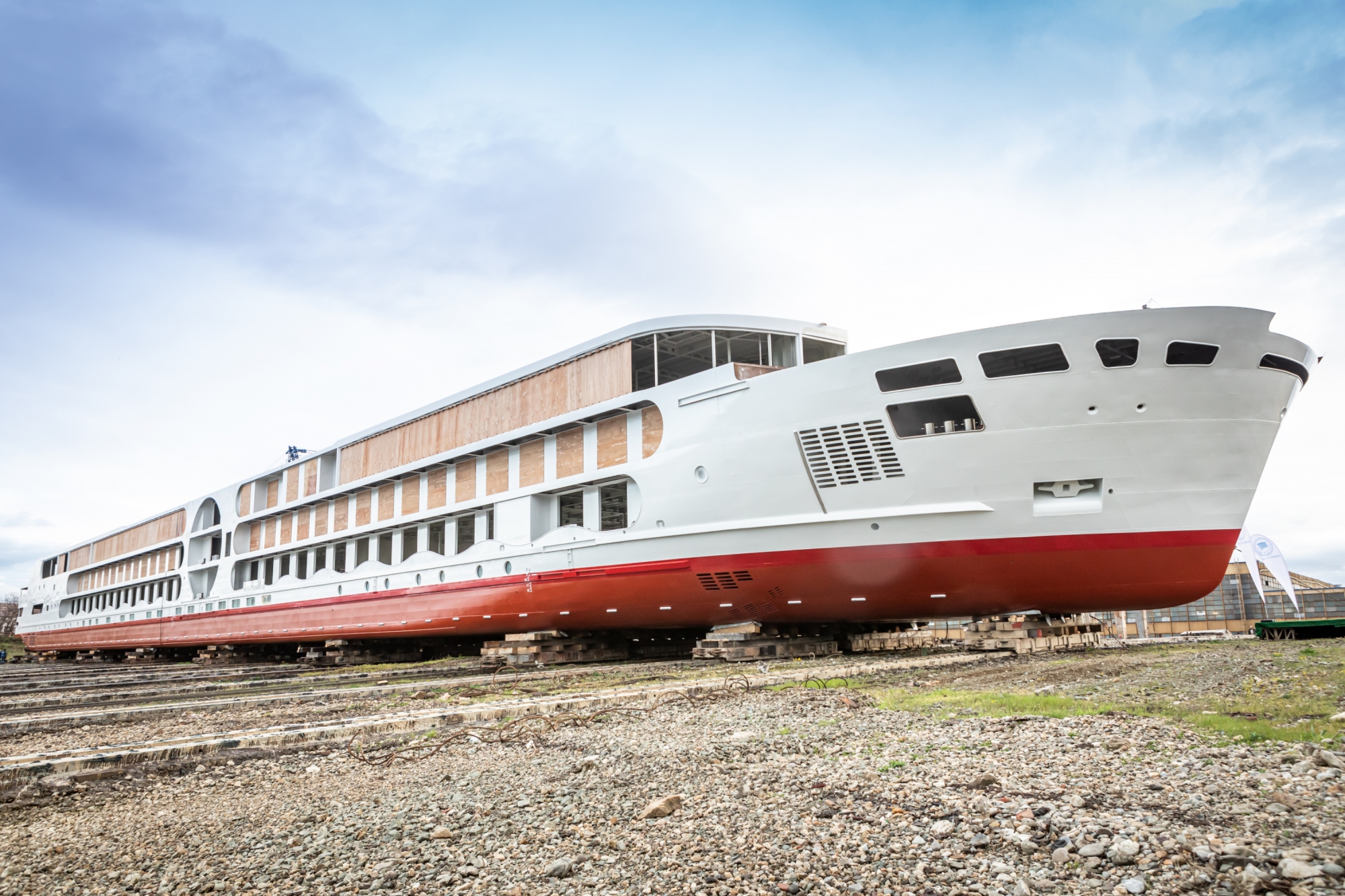 Concordia Damen has completed the build of the hull of the latest addition to the fleet of A-ROSA Flussschiff, one of Europe’s leading operators of river cruises.

In the next stage of the vessel’s construction, the hull will be transported by the heavy-lift vessel Yacht Express to Damen Shipyards Gorinchem in the Netherlands, where Concordia Damen will perform the outfitting.

Measuring 135 metres in length and 17.7 metres across, the four-deck vessel will feature 140 cabins ranging from two person to family units, making her the largest vessel to be operating on the Rhine in terms of passenger numbers. The majority of the cabins will have their own balconies and accommodation with separate living and sleeping areas available. Other family-friendly features include a children’s play lounge and pool as well as a larger pool for all ages on the sun deck. The restaurant will also have a separate children’s eating area.

The adults meanwhile will be able to enjoy an unprecedented range of amenities including a sauna, whirlpool, ice grotto, heat bench and treatment rooms when they are not enjoying the sights from their balconies or the sun deck as they cruise along the river, or are ashore discovering the history and culture of the northern Rhine. Nor have the staff and crew been forgotten. They will have their own generously spaced cabins along with, for the first time, their own rest and relaxation area where they can unwind before and after working hours.

In line with the principles of both A-ROSA’s and Concordia Damen’s, the river cruise ship will have a special focus minimising impact on its surrounding environment. A-ROSA describes its newbuild as an ‘E-Motion’ vessel, and it will be equipped with a hybrid propulsion system including a zero-emissions battery drive. A diesel engine will be used for cruising, but when entering and leaving port the ship will switch to an electric engine powered by the battery for emissions-free operations. She will also be fitted for shore power, making her as clean at rest as she is underway. In addition, the hull has been optimised for minimum resistance and all heat and excess energy will be recovered where possible.

“We are delighted to be the starting the next stage of this exciting new vessel,” says Project Manager Johan Muilenburg. “As a traditional yet innovative shipbuilder we are confident that she will both set a new standard in socially responsible river cruising and exceed the expectations of her guests when it comes to comfort and amenities.”

Delivery is scheduled for the spring of 2022 in time for the year’s summer season.