Tauck Resuming Operations in Europe and Africa. River Cruises in France and Portugal Slated for August, With Itineraries on the Rhine, Main and Danube to follow 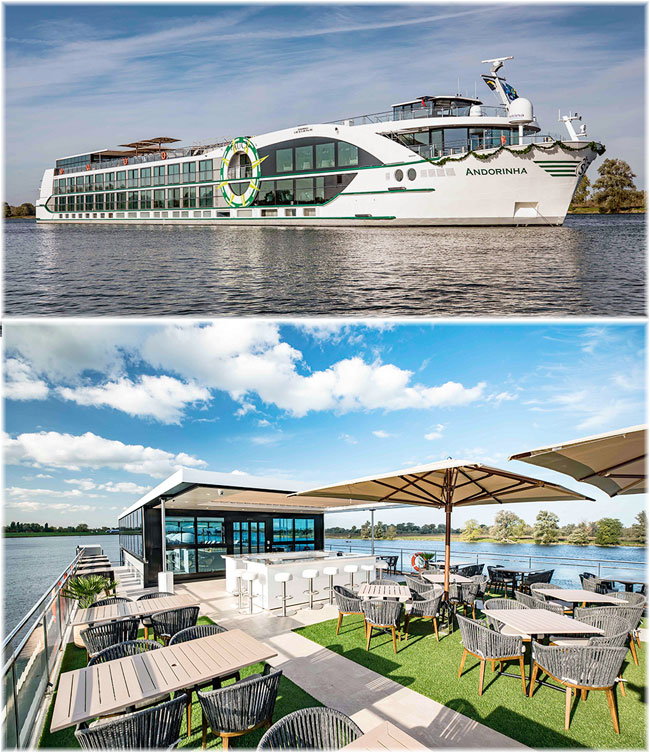 Tauck, the Wilton, CT-based leader in upscale guided tours and cruises, has announced the official restart of its operations in Europe and Africa.

The company plans to reopen in stages, beginning with selected departures of its “Iceland” and “Treasures of the Aegean” small ship ocean cruises in June and July.

Also scheduled for July are the resumption of the company’s cruises in the Galapagos Islands as well as its Tauck Bridges family adventure in Costa Rica. Tauck’s guided safaris in eastern and southern Africa will resume in August, as will its land tours in Spain, France and Portugal.

August will also mark the resumption of Tauck’s European river cruises, with departures sailing on the Rhône and Seine in France and the Douro River in Portugal.

Although no firm date has been set, Tauck plans to restart its cruises on the Rhine, Main and Danube rivers – and the bulk of its remaining European land tours – in early fall as border openings permit. Those itineraries will be added to an “Open for Travel” page on Tauck’s website as they return to the company’s active roster.

THE NEW MS ANDORINHA
Tauck’s August sailings on the Douro will mark its first-ever journeys on the river, as well as the debut of its new ms Andorinha riverboat. The Andorinha will accommodate just 84 Tauck guests, versus up to 112 passengers – or 33% more people – on other cruise lines’ Douro ships of the same approximate size.

The ship’s design and décor will reflect the climate and cultural traditions of the Douro River Valley, and one especially notable feature will be a pop-up restaurant that rises from the stern of the vessel’s Sun (top) Deck on hydraulic lifts to become a fully functioning eatery with commanding views of the surrounding countryside. Named Arthur’s for Tauck chairman Arthur Tauck Jr., the restaurant can also be lowered for added clearance when passing under low bridges.

Restarting its European operations is particularly significant for Tauck and its guests, as it’s the company’s most popular destination worldwide. Tauck has already resumed operations in the U.S. – its second most-popular destination – and the success Tauck is currently enjoying there will inform and enhance the restarts in Europe and Africa.

“All the hard work and meticulous planning we’ve put into our relaunch in the U.S. has paid off,” said Tauck CEO Dan Mahar, “and we’ve proven conclusively that we can deliver the Tauck-level experience our guests expect while still following all of the necessary safety protocols.”

Tauck’s return to Europe comes as the company marks 30 years on the Continent. “Our chairman Arthur Tauck Jr. first brought Tauck guests to Europe in 1991,” said Mahar, “and after the events of the past year, restarting our operations there is an especially meaningful way to mark our 30th anniversary. We’re absolutely thrilled to be back, and we can’t wait to share the incredible wonders of Europe with our guests once more.”

In all, Tauck operates more than 70 land tours, river cruises and small ship ocean cruises across Europe, including Tauck Bridges family trips and a number of small group land tours averaging just 24 guests. Since their launch in 1991, Tauck’s European land journeys have been offered under the company’s “Yellow Roads of Europe” banner, a reference to the scenic, less-traveled auto routes highlighted in yellow on Michelin road maps. Guests on Tauck’s land journeys travel those “yellow roads” to explore intimate places and enjoy authentic “insider” experiences that independent travelers would find difficult if not impossible to discover on their own.

Tauck will resume its safaris in eastern and southern Africa with the August 2nd departure of “Mountain Gorilla Safari: Kenya, Tanzania & Rwanda” and the August 4th departures of “Kenya & Tanzania: A Classic Safari” and “South Africa: An Elegant Adventure.” All of the company’s safaris are small-group journeys, with as few as 18 guests per departure to ensure an up-close, intimate immersion into the local culture, flora and fauna.

TAUCK CEO: PLAN AHEAD AS BOOKINGS SOAR
With the world beginning to reopen, Tauck CEO Mahar is strongly urging travelers to lock in their vacation plans now. “One thing we’ve learned time and again over our 96 years is that travel denied is really travel deferred,” said Mahar. “When people are unable to travel, it only fuels their desire and determination to do so. And now – with 97% of our guests having been vaccinated – we’re seeing demand come roaring back.”

“90% of our 2021 U.S. departures are completely sold out,” Mahar continued, “2022 has the strongest advance bookings of any year in our 96-year history, and April was our strongest booking month since 2007. We still have space today,” concluded Mahar, “but we can’t say how long it’s going to last.”