Princess Cruises and Holland America Line Kick Off Return to Service in the U. S. From The Port of Seattle 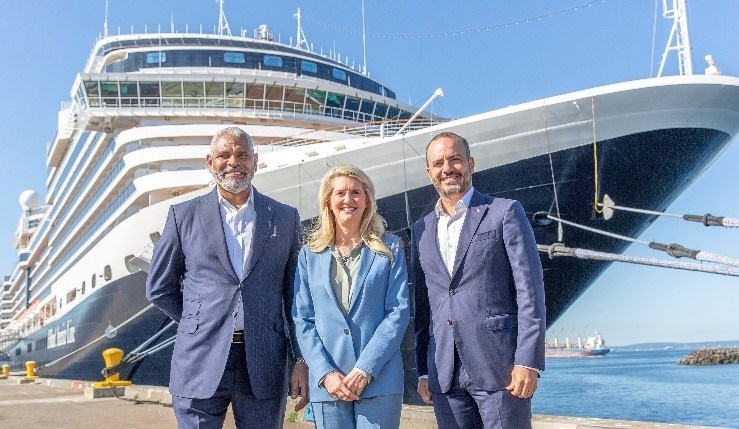 To kick off their return to service in the U.S., Princess Cruises and Holland America Line held a celebration at the Port of Seattle (July 23, 2021).

Jan Swartz, president of Princess Cruises, and Gus Antorcha, president of Holland America Line, spoke to what the positive multidimensional impact the resumption of cruising means to Seattle, the local community and Alaska.

Each line will operate ten cruises sailing out of Seattle through September. This marks the return to cruising and Alaska for both lines, which combined have more than 125 years of experience bringing cruisers to The Great Land. Historically, one in two guests who cruise to Alaska sail on Princess or Holland America.

Both cruise lines have been homeporting out of the Port of Seattle for more than 20 years. Operationally, each ship visit directly contributes more than $364,000 to the local economy in provisioning (fuel, food, flowers, piano tuning, supplies), port taxes, and spending during a full season.

Princess Cruises is the world’s leading international premium cruise line and tour company operating a fleet of 14 modern cruise ships to 380 destinations around the globe. Princess celebrates more than 50 years sailing to Alaska, bringing more guests to the Great Land than any other cruise line.

Holland America Line has been exploring the world since 1873 and was the first cruise line to offer adventures to Alaska and the Yukon nearly 75 years ago. Its fleet of premium ships visits more than 400 ports in 98 countries around the world, offering an ideal mid-sized ship experience.