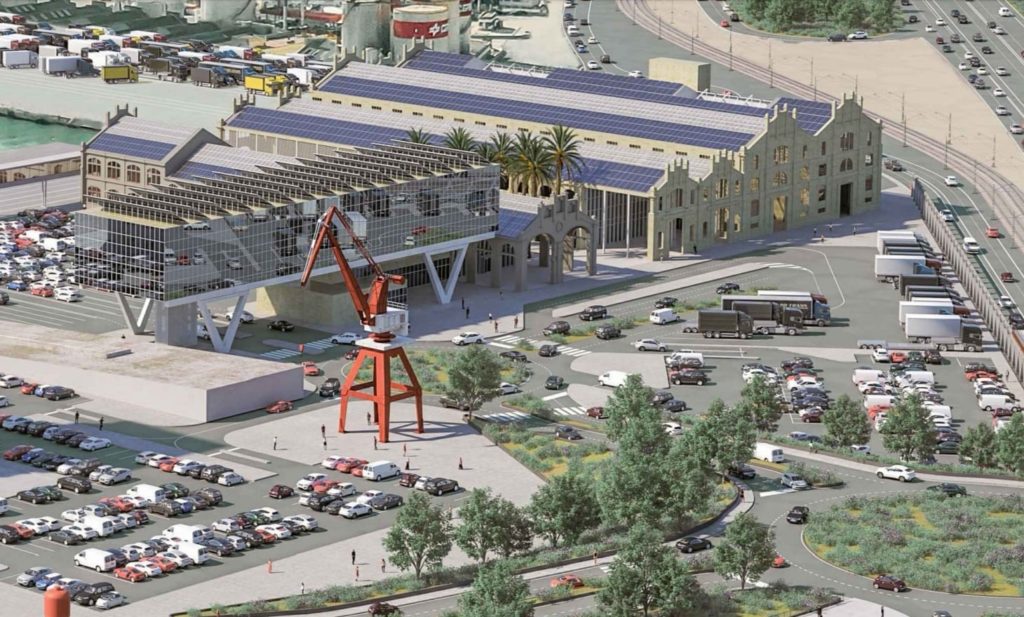 The new public passenger terminal begins to take its first steps with the start of the awarding procedure for the works for the “refurbishment of the site of the former shipyard of the Port of Valencia” that the Port Authority of Valencia (PAV) will publish in the next few days with a tender budget of around 900,000 euros.

This project includes the demolition of some of the warehouses and other buildings on the site and the ramp of the north slipway, as well as the dismantling of all the equipment and installations, and the prefabrication installations for the steel blocks. This procedure also includes the disposal of reusable materials, such as tiles or metal parts, for sale with an estimated value of more than 400,000 euros.

Sustainable terminal at the service of the city

The new passenger terminal is intended to serve cruise traffic, regular lines with the Balearic Islands and Algeria, as well as ro-ro traffic (platforms or vehicles that access the ships by their own means). This infrastructure, which has the bid submitted by the shipping company Baleària, guarantees that 100% of the electrical energy necessary for the operation of the terminal will be produced in the facilities themselves, and will be of renewable origin. According to the project presented to the APV tender, which included the contributions of the València City Council in environmental matters, the passenger station will operate with zero polluting emissions and will be committed to the circular economy. In this sense, all berths will be equipped with an electrical supply network for docked ships, thus making it easier to stop the engines and their emissions when they are visiting València; and all the roofs and ceilings of the existing buildings will be designed for the installation of photovoltaic solar panels.

The terminal will recycle 100% of the waste it generates in a biomethane plant that will be built expressly for this purpose; and it will treat waste from the ships and the building itself to obtain biogas. The interior design of the station will guarantee the independent operation of cruise passengers and passengers on regular lines. Other new features of the project include the planned development of an Innovation and Eco-efficiency Centre and a space for cultural activities. The project presented by the shipping company also contemplates a training centre of the Baleària Business School (EdEB) with an offer in different areas of the maritime sector and especially aimed at the Nazareth neighbourhood, within an action plan to involve the main actors and interest groups.